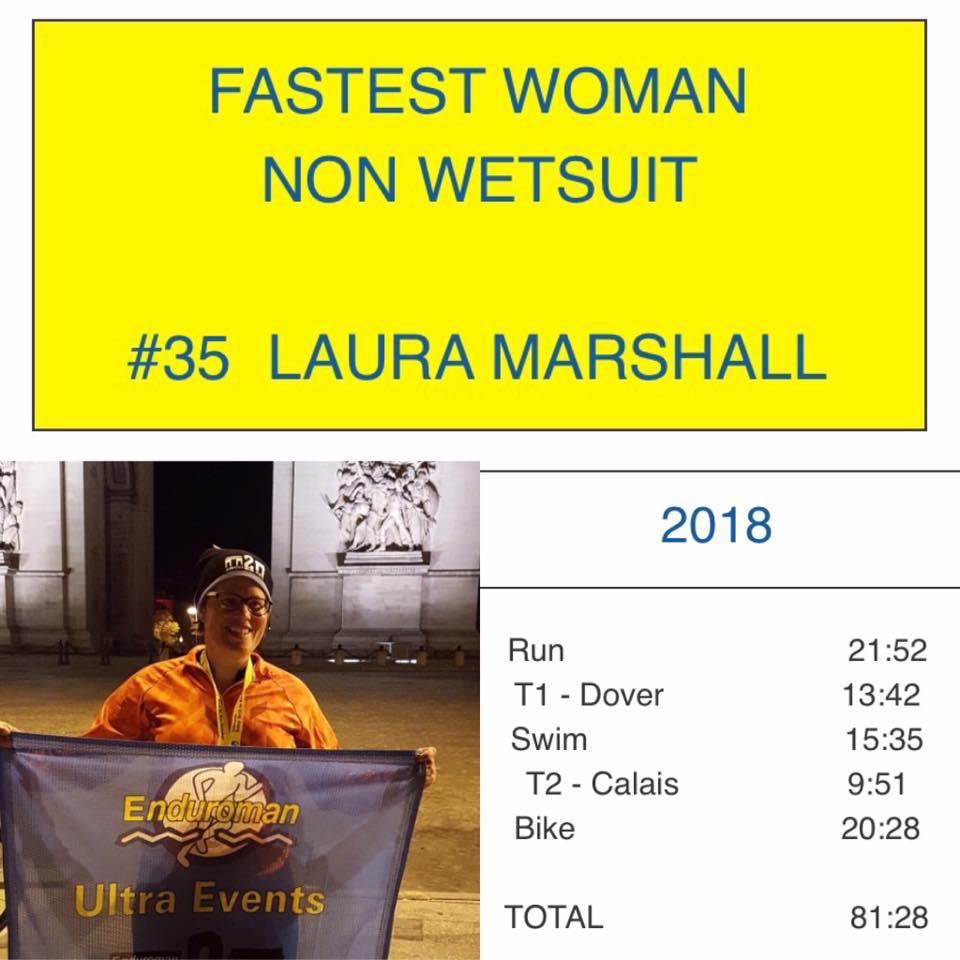 In October 2018 secondary school teacher, Laura Marshall, from Canberra became the very first solo Australian woman to complete one of the world’s toughest ultra-endurance triathlons from London to Paris – the Enduroman Arch to Arc. The event involved three gruelling legs with a 140km run from the Marble Arch in London to the coast of Dover, a 35km swim across the English Channel and finished with a 300km cycle from Calais to the Arc de Triomphe in Paris.

In completing this event not only was Laura Marshall the first ever solo Australian woman to do it but she also broke the world record for fastest woman to do the event with a non-wetsuit swim leg in an remarkable time of 81 hours and 28 minutes. In addition to these two astounding titles she also became the 35th solo athlete to ever do the event, the 9th woman, the 4th person to do the swim leg without a wetsuit and the first Canberra woman to swim the English Channel.

Laura said she got through the event by breaking down each leg in to small, achievable chunks and not looking too far ahead. She also commented that “even though this is a solo event you can’t do it alone and I had an incredible support team around me that made all the difference”.

Through completing this amazing event Laura hoped to inspire others and to show people that the only limits we have are the ones that we set ourselves. Laura also raised over $4.5 thousand dollars to support beyondblue, a fantastic Australian organisation that helps make a difference in the lives of people who are affected by anxiety, depression or suicide. Laura chose to proudly support beyondblue due to her own personal journey with depression and has found that exercise has been one of her major coping strategies.

Laura says that “It all started out with running, which became like my meditation. Since then the challenges have kept getting bigger and bigger.” All funds were raised through Laura’s GoFundMe page which will close on 10th November 2018.

If you’d like to support Laura’s incredible achievement on her Enduroman Arch to Arc journey and see photos and videos from the event check out her website at www.LauraMarshallA2A.com for all the details and links to her social media and GoFundMe page.