> Home Page > State Associations > NSW > About Us > Latest News > 2021 Club Champs Debutants: Are They Up to the Challenge?

2021 Club Champs Debutants: Are They Up to the Challenge?

With just under two weeks till the 2021 Triathlon NSW Club Champs, we thought it was a great time to celebrate those clubs who are making their debuts in Forster.

These are the clubs whose members will be joining us for the first time at this year's event. And we couldn’t be more excited to welcome them with open arms!

Armidale (Armidillos) Triathlon Club -  A small but dedicated group of individuals will be joining us from Armidale Triathlon Club, as the club makes its official Club Champs debut. Unfortunately Interclub 02 was cancelled as all races were abandoned or postponed for the New England region due to COVID-19. But this fiercely proud club took out the Interclub Series in its first year (2019), and have eyes on making it ‘two in a row’ this season. Join us in welcoming their three athletes and one volunteer who will be joining us in Forster.

Byron Bay Breakers Tri Club - This club has built their strong club culture around their quality local coaches and their tight knit community of members, who train hard and drink coffee even harder. Nearly their entire club has entered the event – with a crew of 11 joining us. Keep an eye out for the president and inspirational leader, Deb Fuller, who makes her come back after dealing with the disappointment of missing the Tweed Enduro  and current Club MVP for the Breakers, Nerida Clarke.  This club is no stranger to a ‘club road trip’, travelling often and in strong numbers at all races on the Forager North Coast Triathlon League. 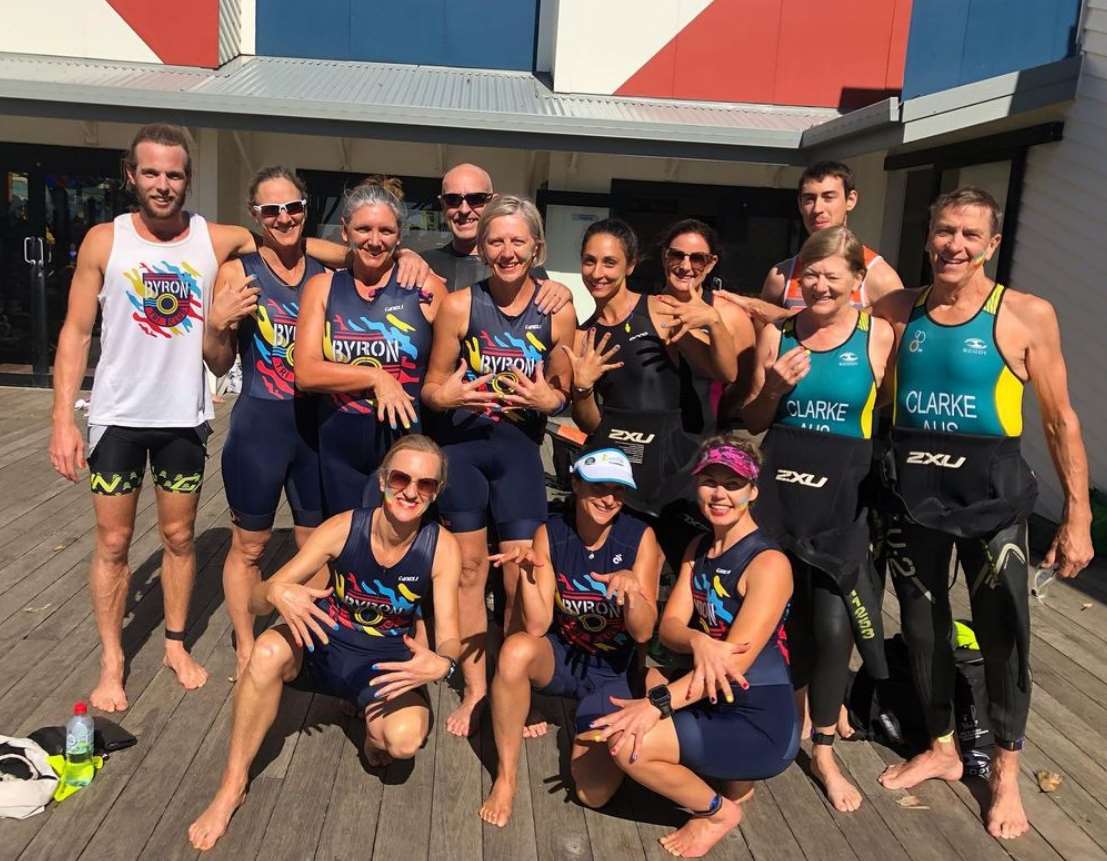 Fuller, the current president of the club who also founded them in 2017 advised Triathlon NSW, “The club are incredibly excited about Club Champs as it’s a totally new experience for them. Members are looking forward to visiting and new area and discovering what it has to offers. It's always about the race for us. It’s about being together in a different environment and having fun as a team. We can’t wait!”

Hat Head Hammerheads - Making their club champs debut, hailing from the beautiful location of Hat Head, this small but committed club have made a splash since joining Triathlon NSW as an affiliated club. In Year 01 of the Interclub Series, they shocked their larger and more fancied opponents by achieving second in the Forager North Coast Triathlon League, missing out on their first piece of silverware by the tiniest of margins – only 0.5 points.

Despite coming fourth in Interclub 02, they remain a real dark horse for the Club Champs, spearheaded by the Needs and Kirby families. Both Andrew and Pauline Kirby will be looking to extend their individual career MVP tally – as they are currently first and second on the all time Hat Head MVP career leader board.

Mike Stevenson, foundation president of this newly formed club was happy to talk up the clubs comradery and passion. He stated 'being a relatively new club and only a small one at that, we have a great friendly rivalry and competitive spirit. Hat Head is a small beachside village and the locals are very supportive of the both the Tri club and the surf club and are keen to see the club up there rubbing shoulders with the big boys of Triathlon NSW clubs. We have a pretty keen bunch heading to Forster and are keen to show them what we've got. If they don't know where Hat Head is in NSW, after Club Champs they might just be checking Google Maps to find out!'.

It's not too late to join your club mates on the start line! Click here for more info or to register: Club Championships Triathlon NSW | Elite Energy