Hosted at Lake Crackenback Resort & Spa in November (18-20), the event marks the first time that the World Championships has been held below the equator. It is also the 10-year anniversary of In2Adventure – the nation’s premier off-road and adventure sports event company.

The 2016 ITU Cross Triathlon World Championships was secured for the Snowy Region by the NSW Government through its tourism and major events agency Destination NSW.

Member for Monaro, John Barilaro said: “The ITU Cross Triathlon World Championships are less than a year away, and excitement is building in the Snowy region. The event promises to showcase our beautiful area to a global audience, and I look forward to welcoming some of the world’s best athletes to the Lake Crackenback Resort & Spa in November.”

“The cross-country terrain around Lake Crackenback Resort & Spa has a reputation as being among the most challenging in the world,” Cleary told event organisers In2Adventure. “We are confident that the athletes will be impressed with not only the competitive landscape but also the beauty of the region and the quality of the facilities at Lake Crackenback Resort & Spa.

“We will be rolling out the red carpet for the athletes across all areas of the business, especially food and beverage, spa and wellbeing as well as recreational activities.”

Now in its sixth year, the world championships have previously been held in Spain, USA, Holland, Germany and most recently Italy.

South African Conrad Stoltz (2011-13) dominated the first three years before Spaniard Ruben Ruzafa (ESP) succeeded him with wins in both 2014 and 2015. For the women, reigning champion Flora Duffy (BER) and 2014 champion Katrin Muller (GER) are expected to return.

“Four years ago we visited Lake Crackenback Resort and Spa in the Snowy Mountains and within minutes we knew that this was a place that would hold a special place in our hearts, and would soon take a special place in the hearts of our TreX competitors,” said In2Adventure Event Director Robyn Lazenby.

“The seed was sown and now four years later a dream has turned into reality and we are so proud that one of Australia’s best adventure destinations, the Snowy Mountains in New South Wales has been selected by the ITU as the home of the 2016 Cross Triathlon World Championships.  It is so exciting that we will soon be welcoming the world’s best to share our love of this historic and iconic region.

Starting at an altitude of 1200m above sea level, the course will present a unique challenge to competitors with the stream fed, fresh alpine waters of Lake Crackenback, the fast flowing single track of the mountain bike course and a challenging trail run with Australia’s highest peak, Mt Kosciuszko as the backdrop.

“The rugged mountain terrain, the history of the mountain men, the challenging altitude and the welcoming spirit of the locals all combine to make this the perfect location for a world championships,” said In2Adventure Race Director Simon Lazenby.

“We look forward to welcoming the many competitors and friends and family from all nations who will be joining us in Australia’s Premier Adventure Playground in 2016.”

Triathlon Australia CEO at the time of the announcement, Anne Gripper was delighted with the news from the ITU that the 2016 ITU Cross Triathlon World Championships were coming to Australia, and recently appointed CEO Miles Stewart has even made an indication that he is looking at coming out of retirement to race in the world champs.

Australian athletes have two more opportunities to qualify for the worlds, including the TreX national championships in New South Wales (28-29 February) and state championships in Queensland (16-17 April).

The NSW race as the Australian Cross Triathlon National Championships offers double qualification points for the world championships. Coupled with the Snowies Mountain Bike Festival it’s going to be a month of true ‘Off Road’ action as we head to the World Championships in 300 days. 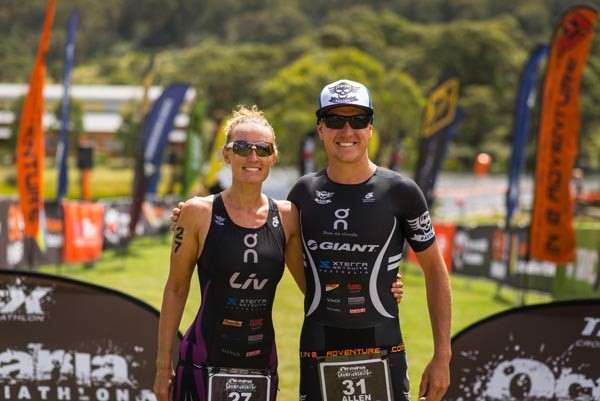