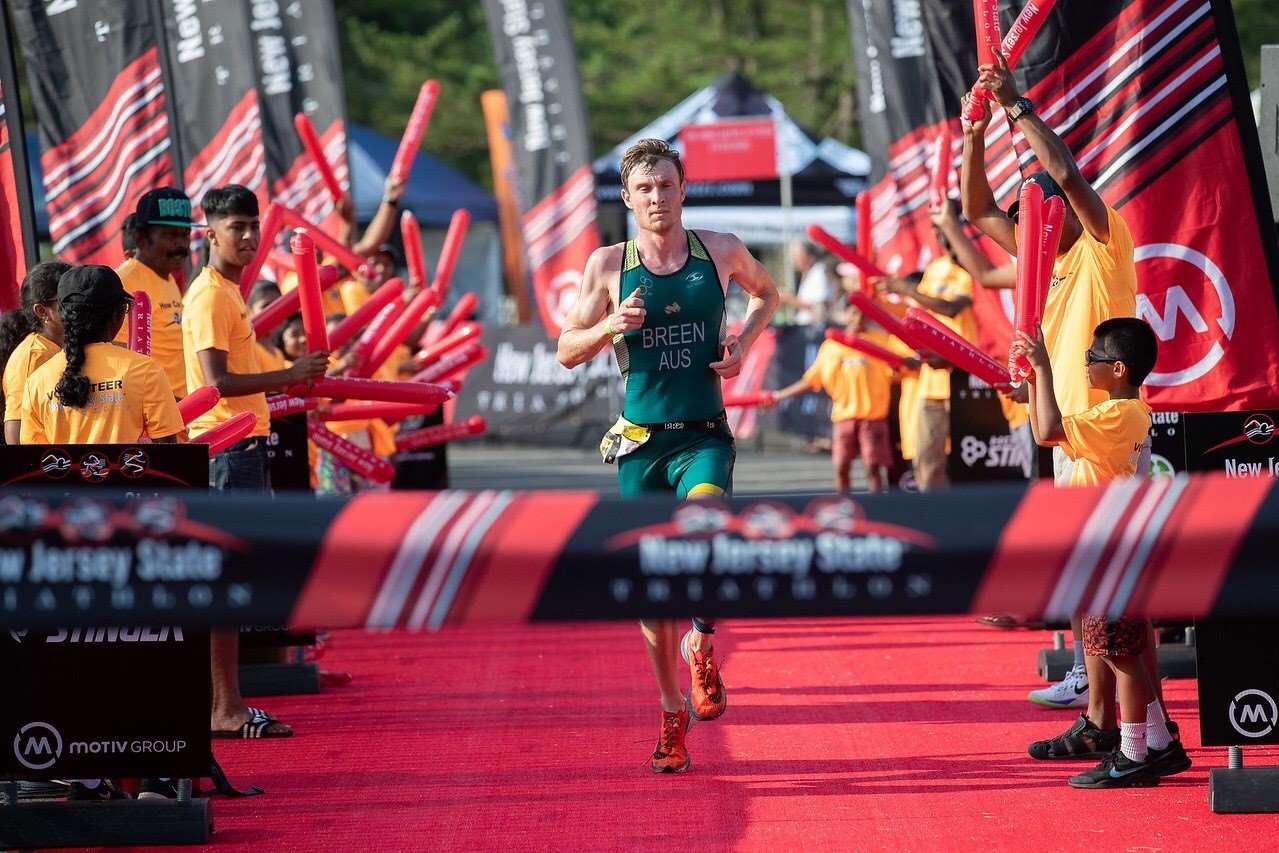 New South Wales native Nathan Breen’s adaptability paid off after his planned start at the New York City Triathlon was abruptly changed due to higher than expected temperatures in excess of 40 degrees Celsius.

Instead, the Cronulla Tri Club member made his way interstate to one of North America’s highest-rated events — the New Jersey State Triathlon, which received Competitor Magazine’s annual ‘Best Of’ award in 2016.

“My focus for the race was to race aggressively, putting the pressure on early and holding this throughout,” said the 21-year-old Breen after the win. “The heat added another dimension to the race and I knew from past experience the importance of managing yourself well and keeping hydrated before and during the race.”

The 2018 men’s U23 ITU aquathlon world champion spoke highly of the 13-year sold-out event run by the New Jersey-based CGI Racing, which attracts more than 3,500 athletes and is continually regarded by Triathlon Business International as a top five triathlons in the US.

“In relation to the New Jersey State Triathlon, it was an extremely well-managed event, with the event organisers going above and beyond to create an incredible atmosphere and experience for participants,” he said. “I was intending on racing the New York City Triathlon, however event management decided to cancel the race due to the heatwave that was predicted and did come across the state, which saw top temperatures reach 40 degrees Celsius.”

Previous winner Michael Phinney (USA) successfully defending his Olympic-distance(1,500m/40km/10km) crown in a time of 1:03:34, while fellow American Megan Martin captured the women’s title with a time of 1:10:53.