The end of this triathlon season is fast approaching, and we look forward to the start of Season 2020/2021 soon. While things might look a bit different going forward, the outlook looks brighter every day and our sport is well placed to return to a new ‘normal’ in the coming months.

With membership renewal taking place next month, we are excited to announce three awesome giveaways for our Juniors, Pathway Athletes and Coaches that renew their membership for the new season. Remember that junior memberships will not auto renew in the system, so you will need to login to Active and manually renew from June 17 onwards.

A membership bought or renewed now will cover you all the way through to June 30th, 2021. As an incentive to renew, the following giveaways are available, with thanks to a generous donation from The Multisport Brain. 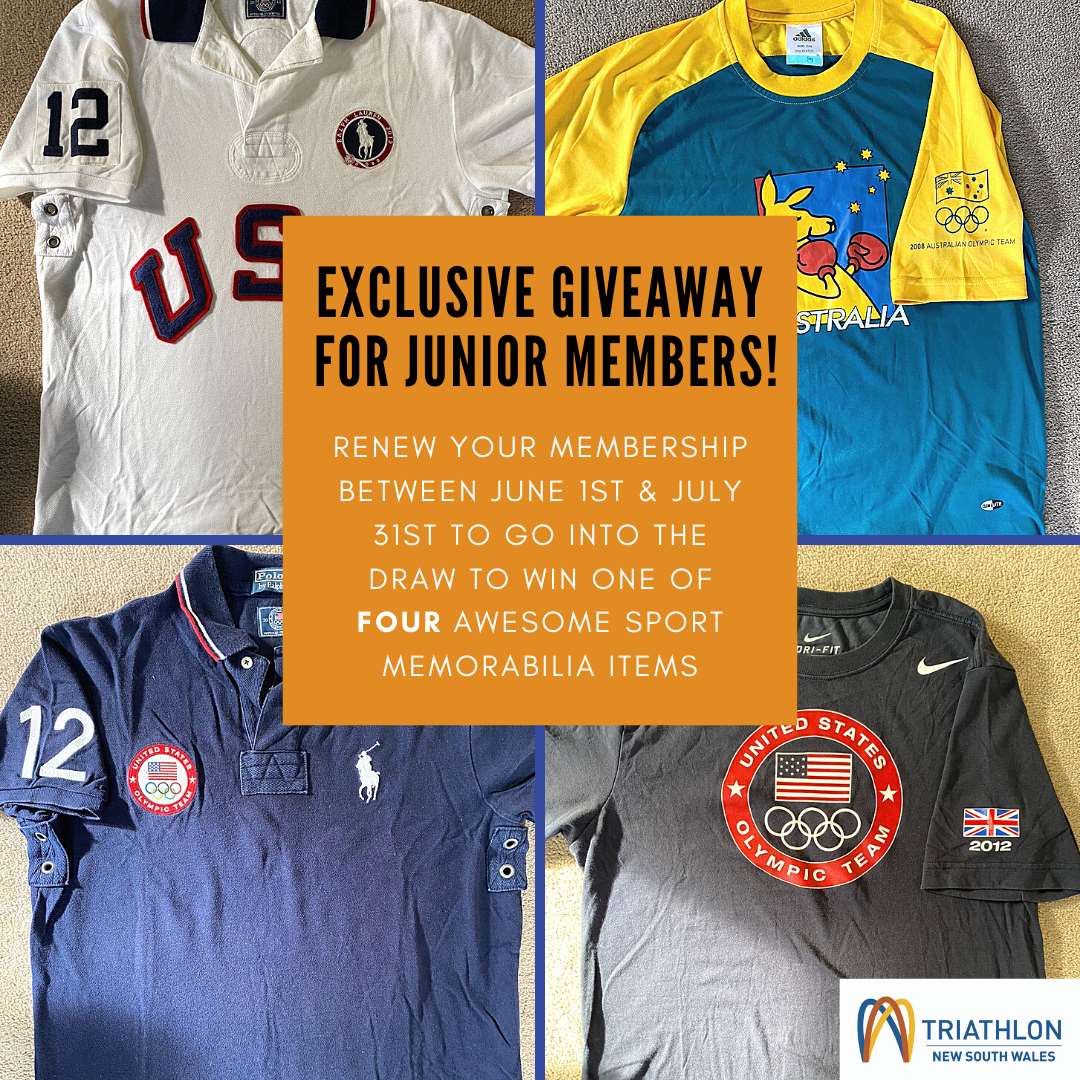 All Junior members who either renew their Triathlon Australia membership or purchase a membership for the first time between June 1st and July 31st will go in the draw to win one of these prizes: 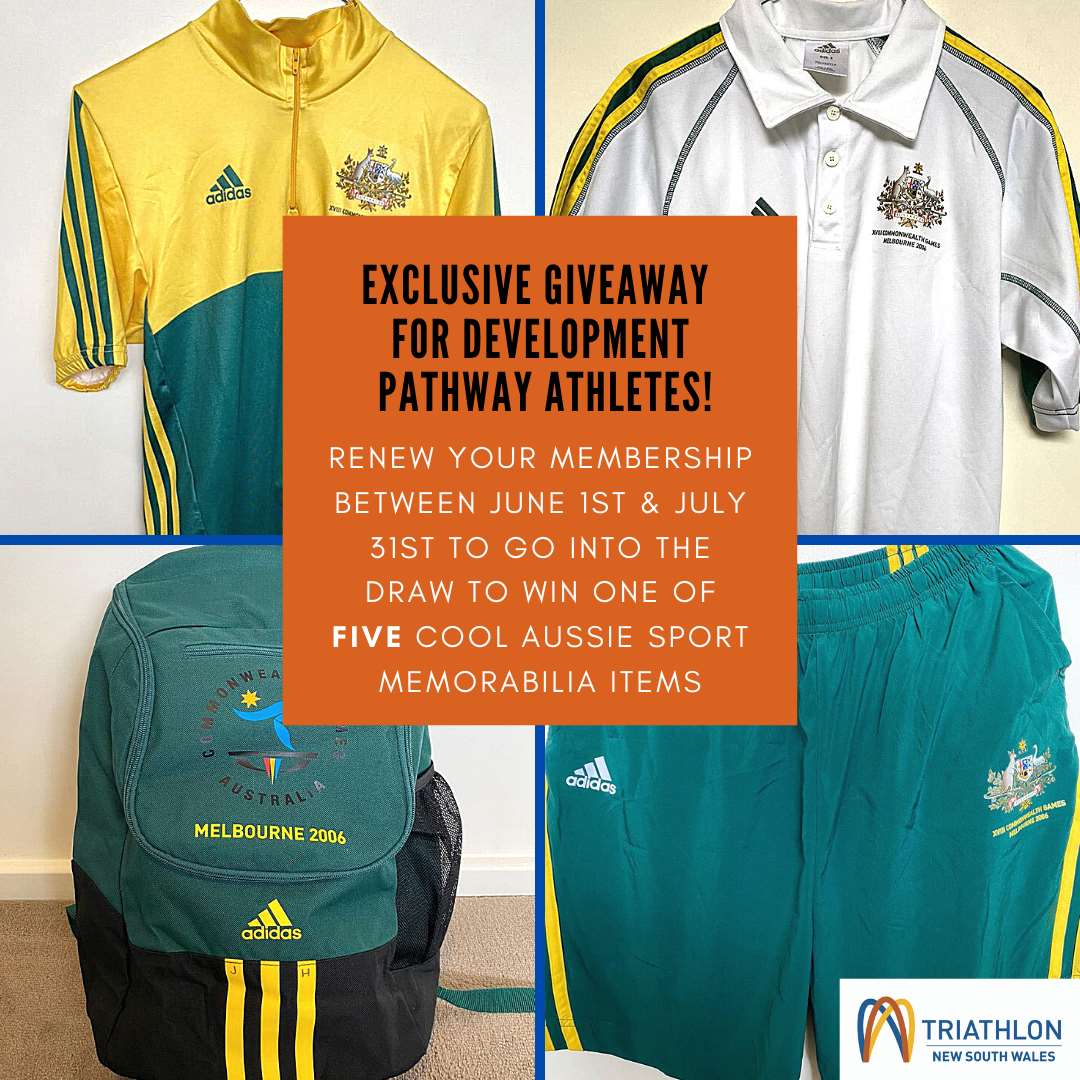 All 2019/2020 TNSW Development Program or RAS Program athletes who renew their Triathlon Australia membership between the June 1st and July 31st will go in the draw to win one of four cool Aussie sport memorabilia items. 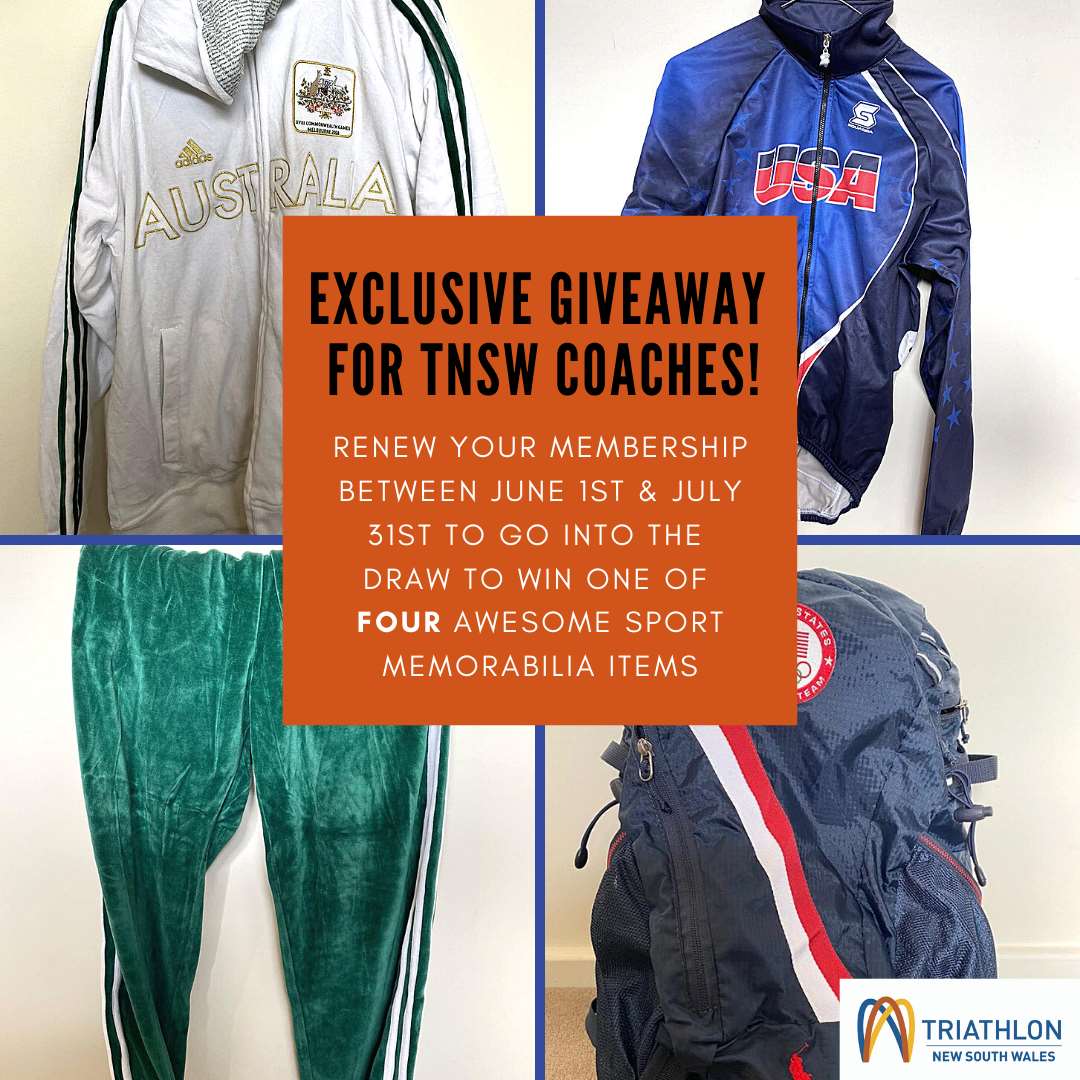 All current TA Accredited Coaches who renew their membership between June 1st and July 31st will go in the draw to win one of FOUR awesome sport memorabilia items, featuring Australian and USA coaching Apparel.