The phrase ‘youth has no age’ was seemingly coined with Central Coast octogenarian Heiko Schaefer in mind. The recently turned 80-year-old (July 12) has spent the better part of his adult life building an impressive palmarés of sporting accomplishments, including the past five years making his mark in the world of duathlon.

The recently crowned two-time City2Surf age-group champion, who won the men’s 70 and over in 2011, claimed his second division victory (men’s 80 and over) at the iconic (8.7-mile) Sydney running event in August with a finishing time of 1 hour 23 minutes 45 seconds. What’s more impressive, is that Schaefer was fresh off capturing his third NSW duathlon title at Elite Energy’s Berry Duathlon in Shoalhaven just two weeks earlier.

“What is there to tell, they are always hard especially at my age,” Schaefer told Triathlon NSW. “In fact, it gets harder every year.

“Power was good, weather was good, people were nice and the course was challenging,” the Central Coast Tri Club member continued. “What more could you want?” 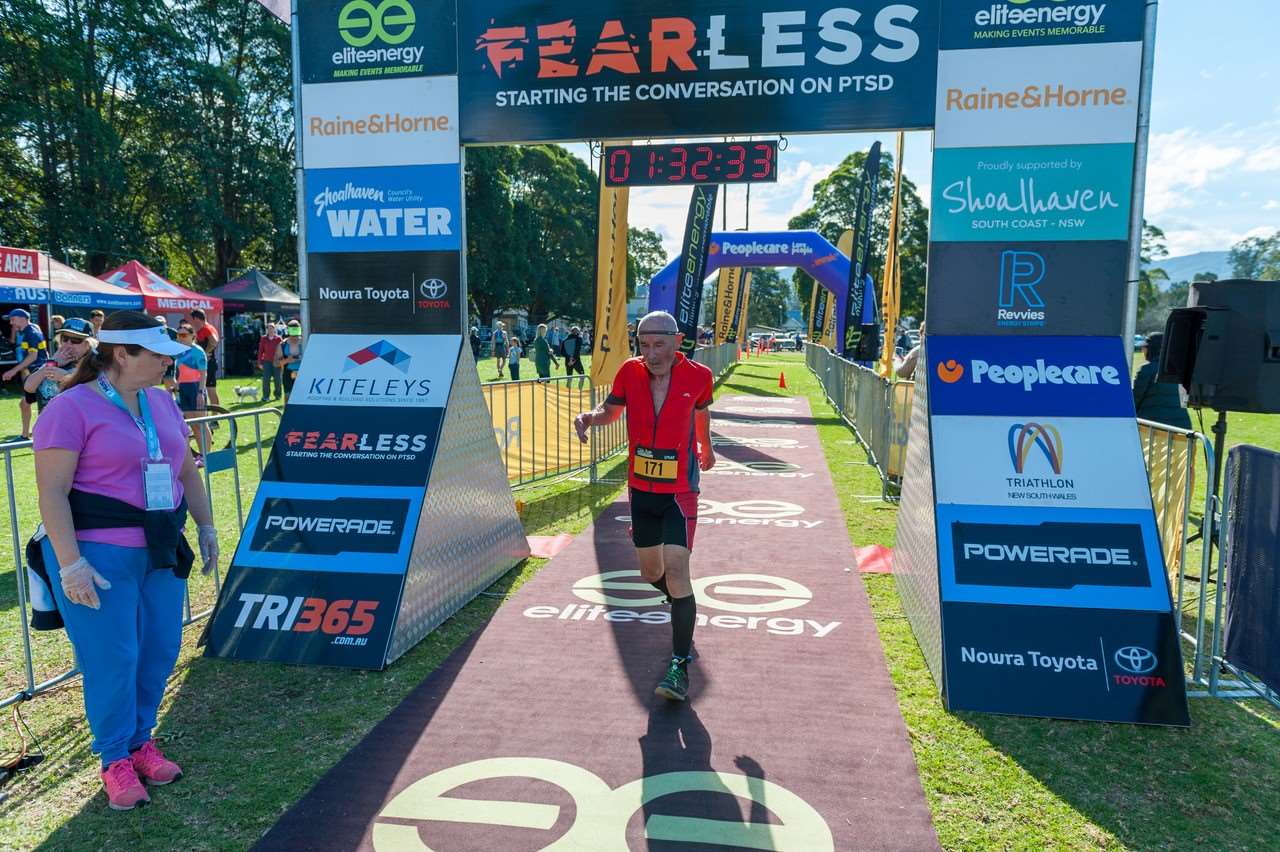 Perhaps what makes Schaefer’s string of multisport success so inspiring is the fact that he only turned to a little more than five years ago following advice he received from the president of his Sydney Striders running club.

“I’ve been playing sports all my life — soccer, tennis and squash, orienteering and then I went into distance running, including marathons, but that becomes harder as you get older,” admitted Schaefer, who completed seven marathons on seven continents from 2003 to 2011, including Sydney, Boston, Berlin, Montevideo, Kilimanjaro, Chuncheon and Antarctica.

“The president of my running club [Charles Coville] actually suggested I do a bit of cycling because he was in my age group and he found it a bit difficult, too. He started to ride a bike and first up he won the NSW duathlon championships. He said, ‘look, we as runners have an advantage in because you do legs and one cycle leg, so immediately you have an advantage if you are a good runner.’

"Then I bought a bike and it sat in my garage for about seven or eight years,” Schaefer continued. “I thought I must do something about it, and five years ago, I did a duathlon. I won the NSW championship and I was so happy that I went out and bought a new bike.” 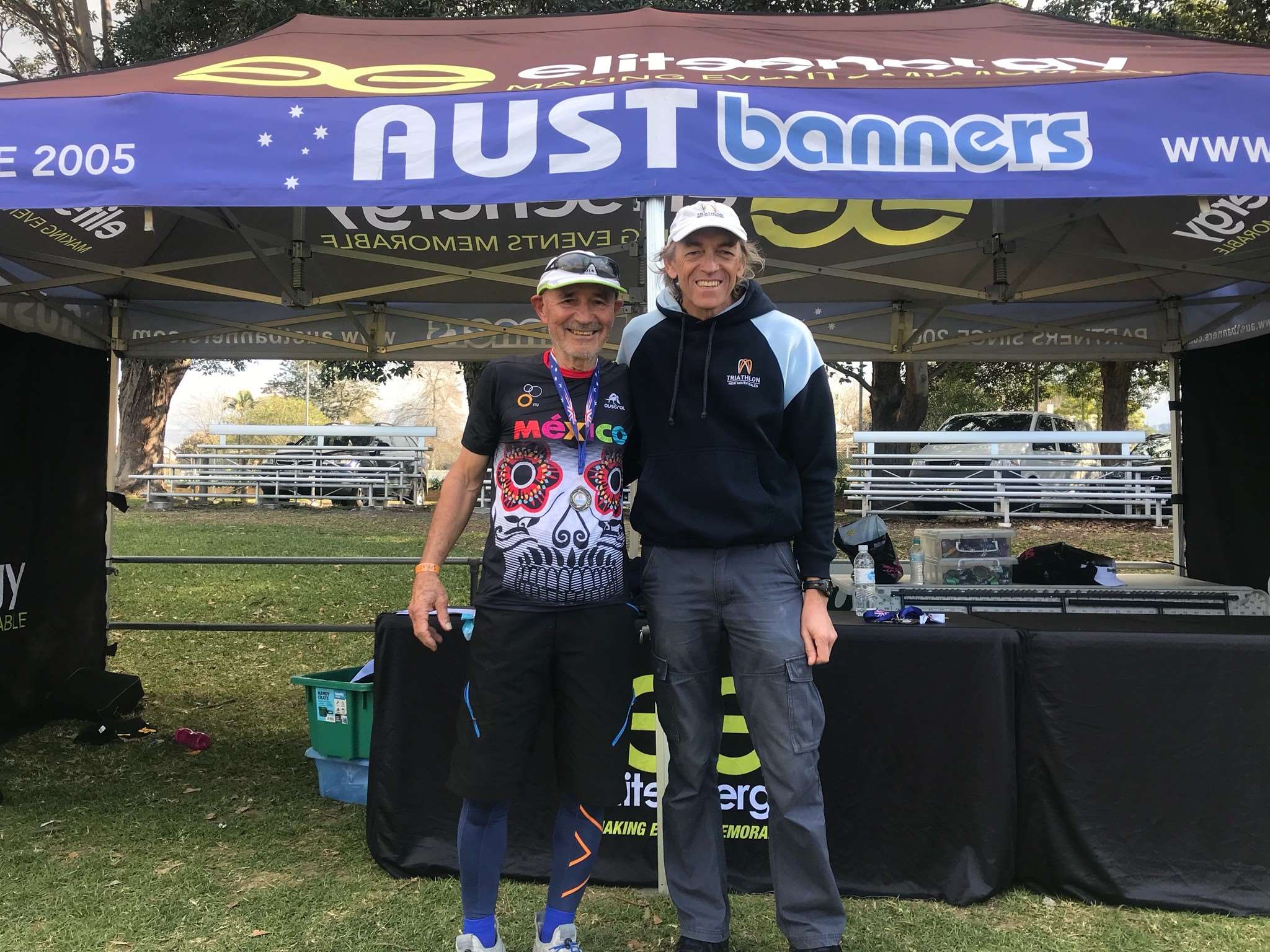 But one of most prized victories is that of ITU Duathlon World Champion, a feat he accomplished in Adelaide (2015). After opting out of Worlds competition the following two years, Schaefer returned in 2018 to claim second before taking third last year in Pontevedra, Spain. However, handicapped by an untimely calf injury, Schaefer feels he has unfinished business to settle next year in Almere, Netherlands.

“This year I was injured and didn’t think I could go,” explained Schaefer. “My physiotherapist Michael Enright (Kincumber Physiotherapy) worked overtime on me to try and get me ready.

“The way I look at it, I’ve been competed in the world championships three times and have earned three different medals. I have all three . Last year was bronze and the year before silver, so the way I see it, I guess it’s time to start again with gold.”

Furthermore, Schaefer says he’s as fit as a fiddle.

“What can I say? I’m fit and healthy,” he said. “I hardly see a doctor. I’m fine, I enjoy it and there is a social aspect as well. You meet people, compete with them and have a chat afterward. There are always new people to meet and new areas to see and explore.

"Next year’s age-group world championships are in Holland. I’ve got relatives in Germany and I always combine my overseas events with an annual holiday, so I kill two birds with one stone, so to speak. It just works for me.”