Building on the success of last year’s inaugural camp, over the weekend thirty keen students gathered at the Sydney Academy of Sport in Narrabeen for the second annual Billigence Talent ID Academy Camp. Designed for talent transfer and new athletes, the three day camp exposed the 12-16 year olds to multisport in an inviting camp environment, under the guidance of some of the state’s best coaches. We were especially excited to welcome students from across NSW, with a great contingent from Armidale as well as Orange.

James then introduced himself and presented the Triathlon NSW junior development pathway and philosophy, which centres on the idea ‘do triathlon, don’t be a triathlete’. This philosophy encourages late specialisation and sport sampling rather than myopic – and often detrimental – focus on the sport from a very young age. After a chat about camp rules and expectations, the parents said goodbye and the athletes had a quick bike check before lunch and room check in.

After lunch, the athletes and coaches went out to their first training session on the oval, where our photographer Chris Harmer from Freshie Photography captured some great shots of the run drills and skills that the athletes undertook. 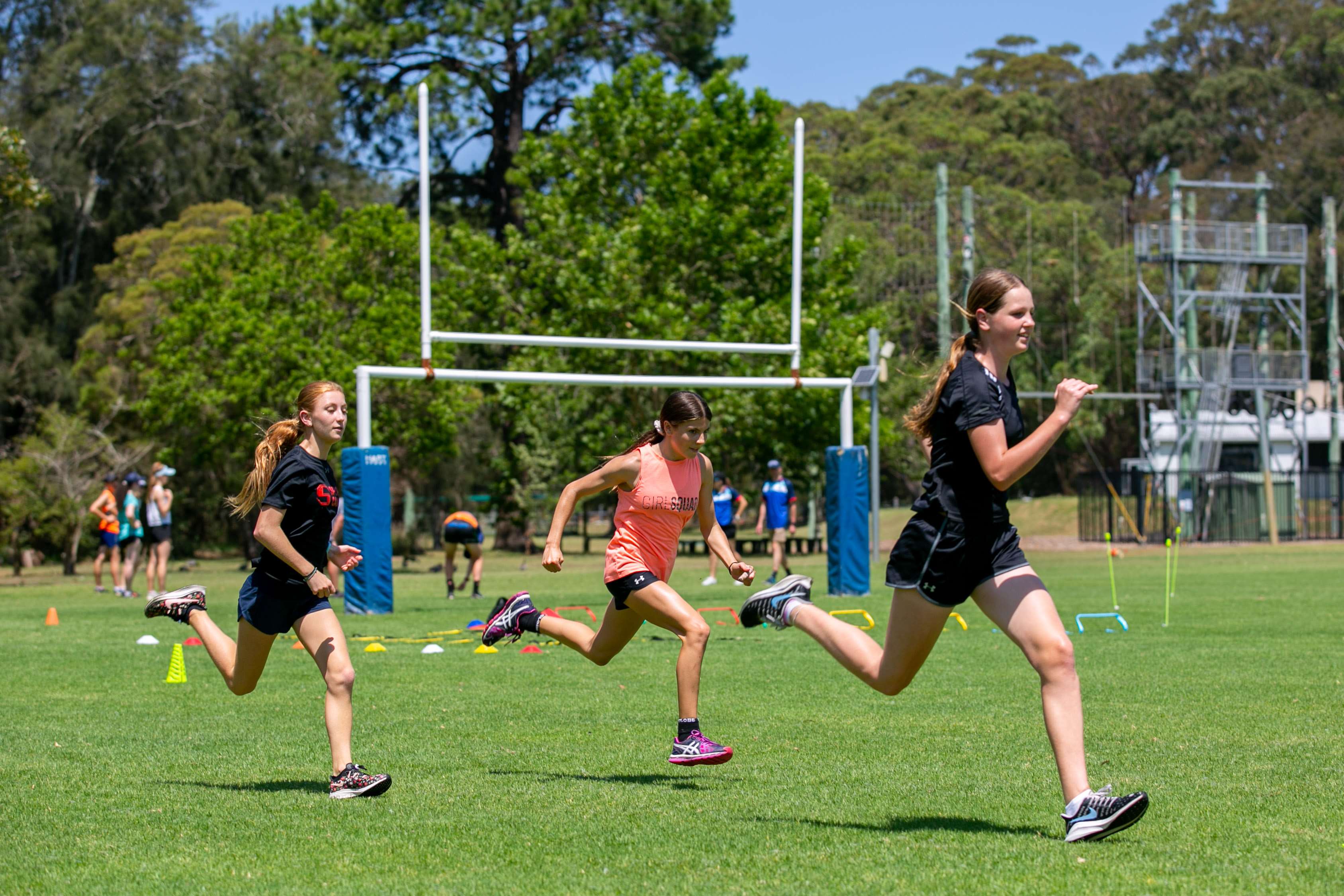 The second session on Friday was a bike skills session focusing on bike handling, balance and stability. These skills are fundamental to athlete development and in particular for high speed, technical racing, which are predominant for elite youth and juniors. The athletes navigated through slalom courses and tight turns, while practicing gear selection, braking, bunny hops, picking up cones and riding with one hand. Day one finished with dinner and afterwards, a quick mechanical course on how to change a tyre – a very important skill for triathletes of all levels! 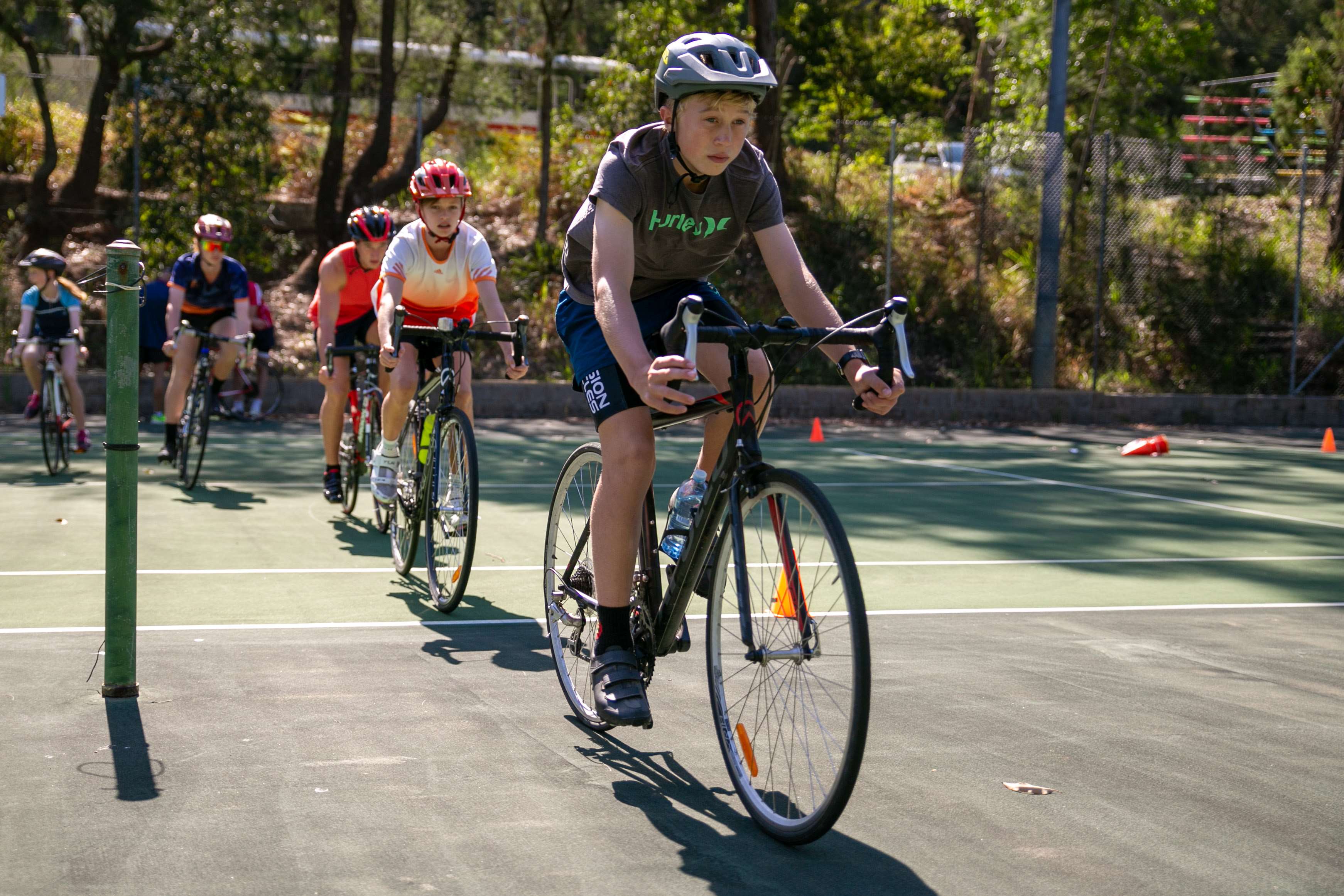 Day two started with a pool skills session after breakfast, where the athletes tried pack swimming, group race starts and sighting drills before doing some short races and games. After a short break, the group gathered on the tennis courts for a triathlon skills session without bikes, under the watchful eyes of our talented coaches.

After lunch, the athletes and coaches continued with transition skills training, including mini-triathlons and helmet & shoe relays. These activities were greatly enjoyed by all, and helped the athletes to prepare for the triathlon on day three. Our thanks also go to Darren Bush, President of Hills Tri Club, who supplied bike racks for the camp.

Sunday morning was an early start, with a light breakfast before the athletes packed up and relocated to Manly Dam for their special Go-Tri Series race, delivered by Mildren Events. The first wave of girls went off at 9am in the tranquil bush setting, shortly followed by the boys, who contested a 200m swim, 4.5km cycle and 1.3km run. 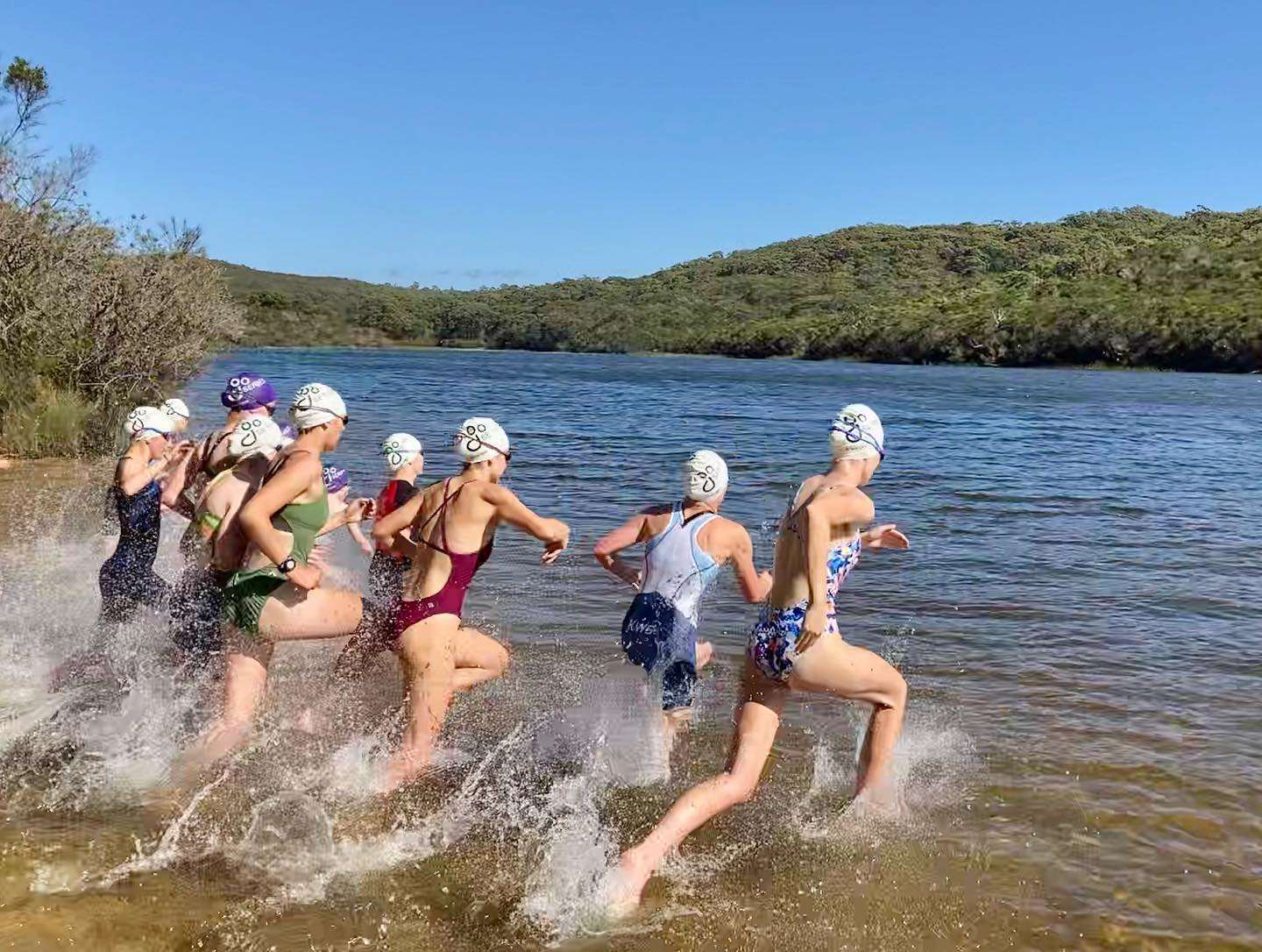 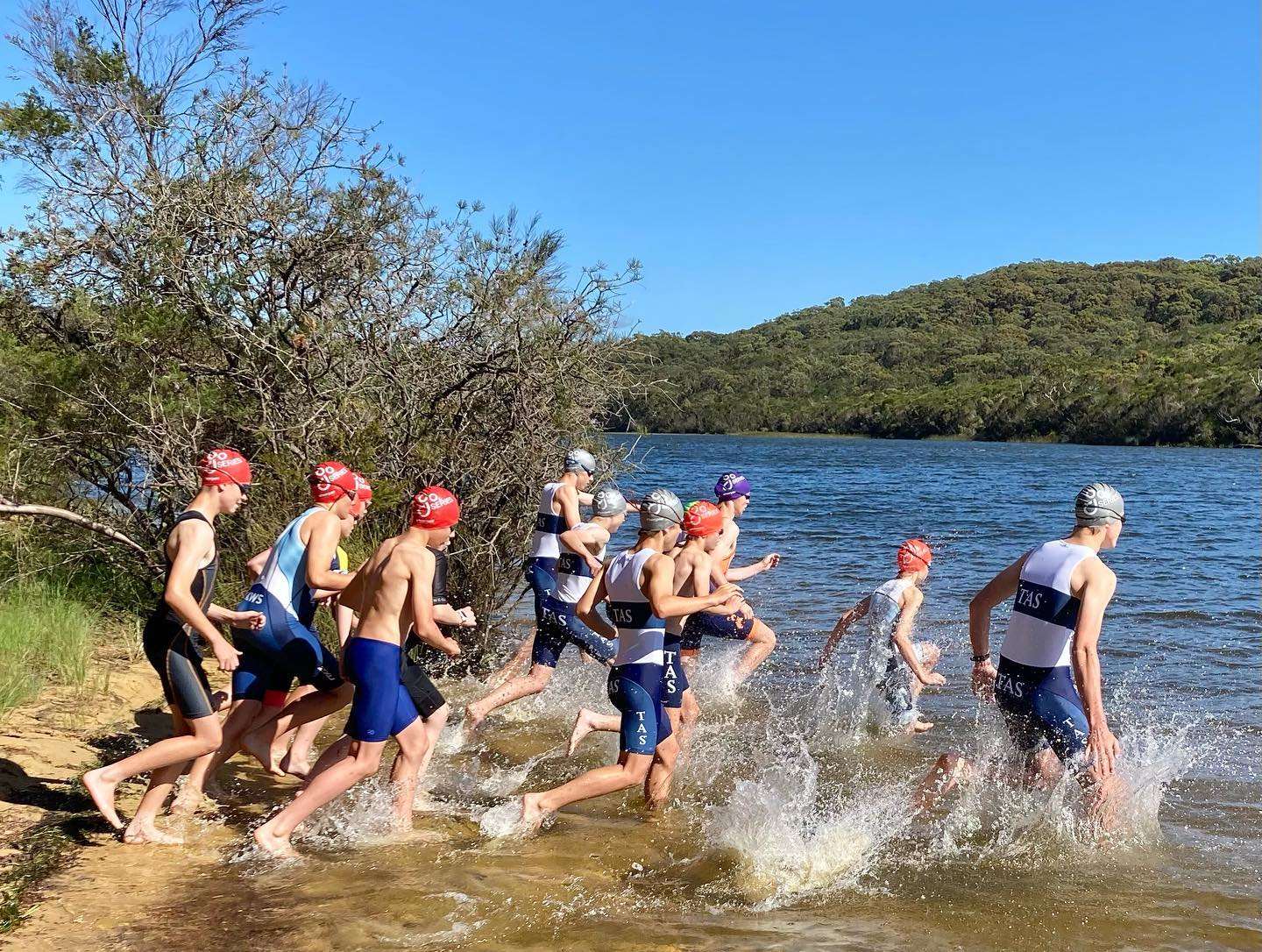 It was fantastic to see the athletes implement their new skills and race with great determination and enthusiasm, and to finish the event with a smile and a sense of achievement. As noted by coach Ben Johnson, “The little athletes progressed a long way in a very short time frame.”

At the conclusion of the races, the athletes had a post-race briefing and farewell with the coaches. The athletes were encouraged to continue their triathlon journey by engaging with one of the fantastic local clubs, racing one of the many junior events in NSW or competing in the NSW All Schools Triathlon next March.

This camp and race would not have been successful without the contribution of a number of key people. Firstly, thank you to Jana Kapr, CEO of Billigence, whose enthusiasm and support of junior development drove the evolution of the concept. Thank you also to Mildren Events for again supporting the camp with a special wave at their Go-Tri event; and thank you to all the coaches who attended and shared their knowledge and passion with the athletes. Most importantly, thank you to the athletes, who showed great eagerness, respect and maturity over the camp. We hope to support and guide you in your triathlon journey to come. 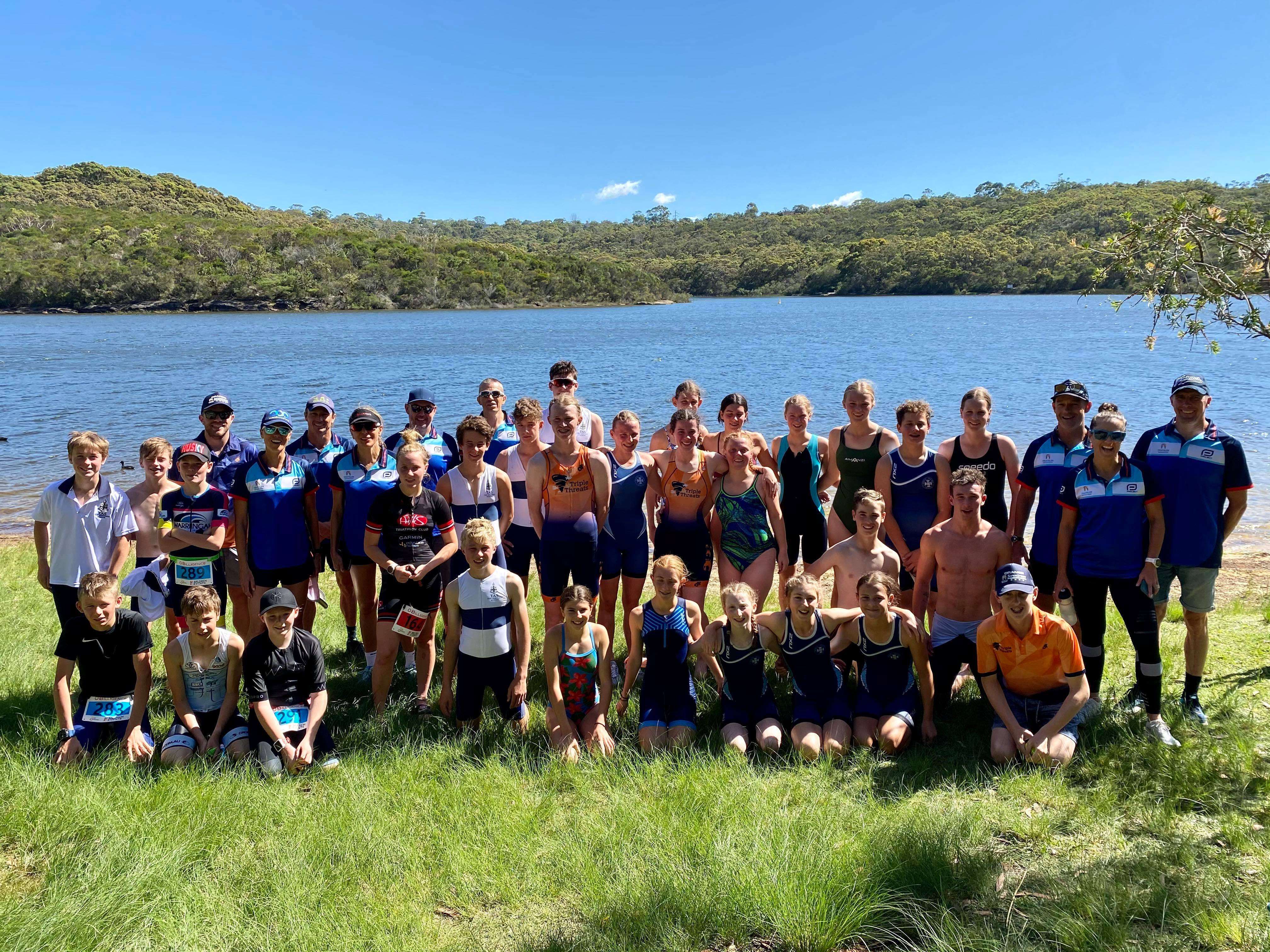