Gold at the end of the Pathway


The TNSW/ACT Pathways race calendar has come to a season end in Werribee Victoria this weekend with the Oceania Junior Championships and the Oceania and National Mixed Relay Team Championships. The championships were held at South Beach Werribee, a small rural farming town in Victoria.

Due to unprecedented flash down pours of rain leading into the event, the water ways were deemed unsafe to hold the swim leg. All races were then changed to the duathlon format. Due to this change, there was no longer one auto qualifying spot for Junior World Team selection per gender, however the field was still open to achieving quota for discretionary positions.

Racing commenced with Youth Racing in a two race Super Sprint – one in the morning and one in the afternoon, with accumulated times determining the winners. Triathlon NSW ROSTA Athlete Kade Zavetsanos raced into second place, securing the silver medal in the individual event. Skye Bell from Illawarra Academy of Sport also secured a second-place silver medal with fellow training partner Montana Doubell, securing the bronze. A credit to all the youth athletes who competed in cold, windy conditions, in a changed format, backing up racing twice in one day, getting on with the task at hand and supporting fellow teammates in the Junior division. 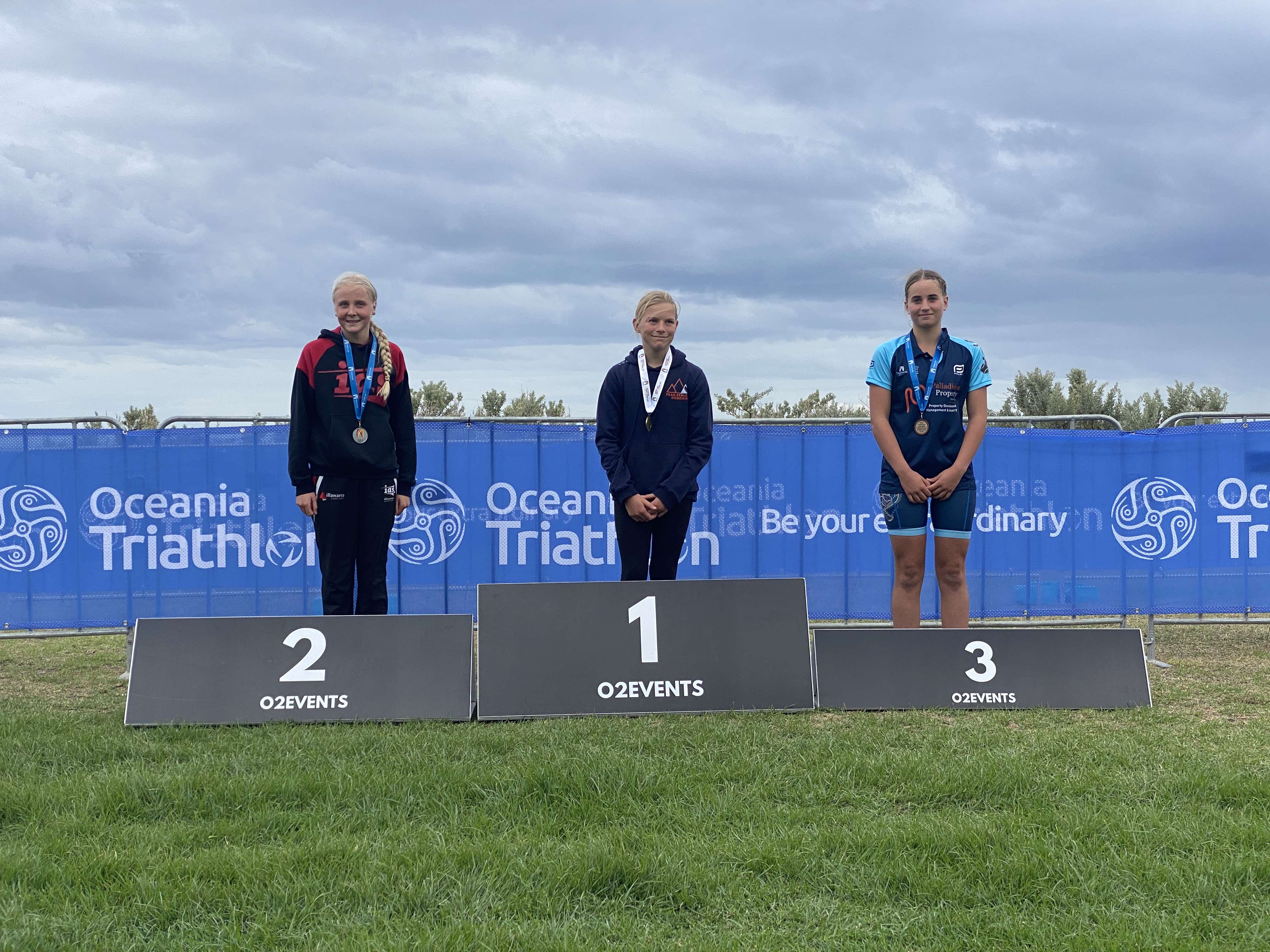 The Junior Oceania Championships were in the middle of the day, over the sprint distance. The swim was replaced with a 2.5km run, followed by 20km draft legal bike and 5 km run. The temperature for the Junior races was still cool – with some athletes needing arm warmers on the bike and extended & modified warmups to allow for the temperature. The bike course was a 7-lap course, with hot dog turns at both ends. The speed, power and spikes in heart rate associated with these turns often leave athletes exhausted for the run if they have not trained for the demands that the course requires.

The athletes in the NSW/ACT Pathway raced with intent, were controlled, and executed within their abilities. Monty Dixon Triathlon NSW Emerging Talent Squad athlete raced in a very tough field of amazing male athletes and ran himself into Third Place in the Oceania Championships. Monty left nothing out on the course, gave it everything he had and executed well in such a tough field. Congratulations to all the NSW/ACT athletes that competed in this high-level competition – Oceania Championships draw the best Junior athletes from both Australia and New Zealand and with Junior Worlds quota in contention, a great battle was displayed on the course. 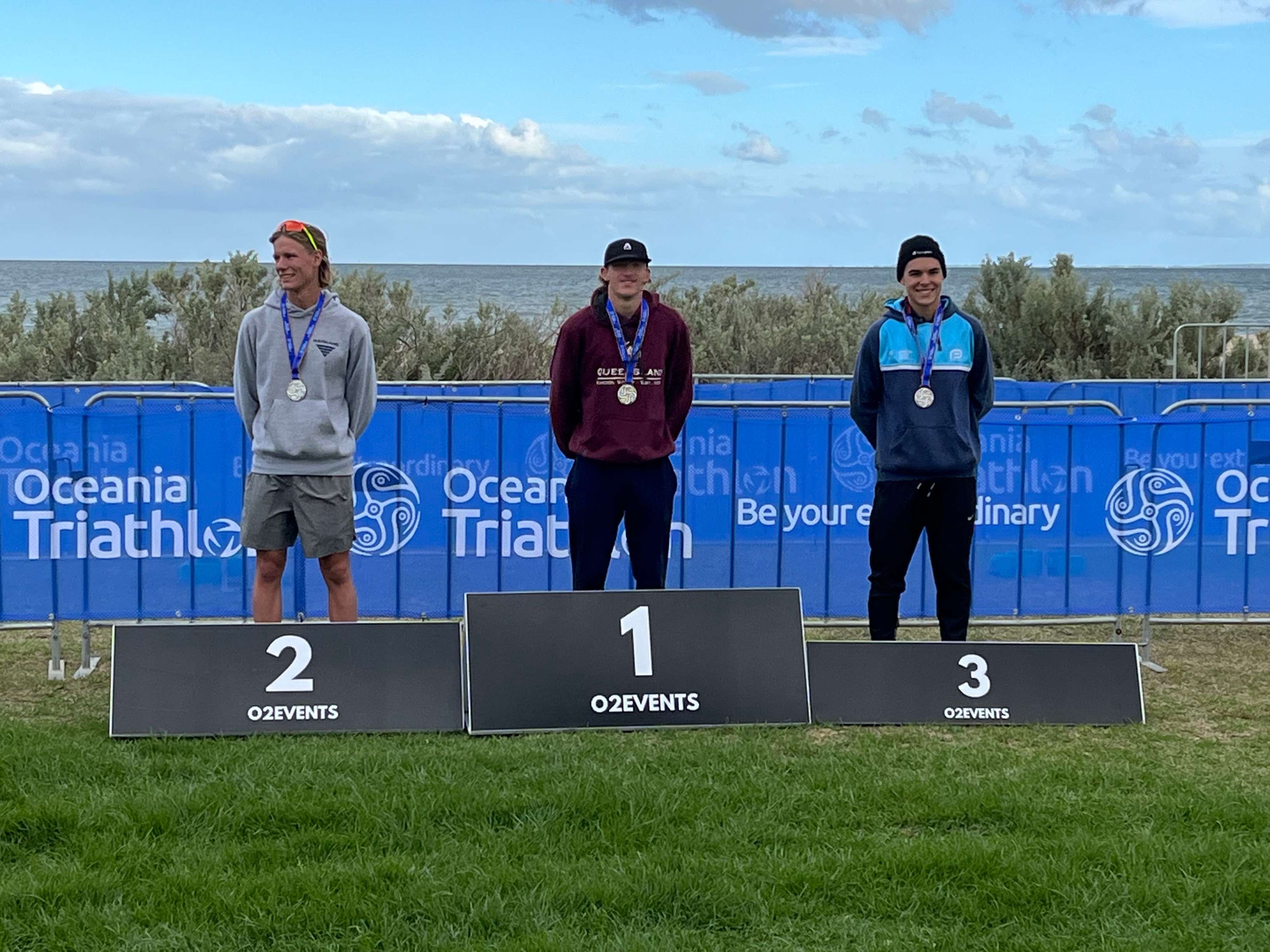 The Oceania and National Mixed Relay Team Championships was contested on Sunday. The Palladium Property Mixed Relay Teams were selected at the Billigence Super Sprint Race week in Orange in November. The Palladium Property NSW No.1 Junior team consisted of Monty Dixon, Emma Olson-Keating, Liam Dixon, and Grace Henry. The Team were (at different times) within the top three for most of the race, with Grace Henry finishing it for the team in second place overall behind New Zealand. This entitled the team a second in the Oceania Championships, and a gold medal for the National event! 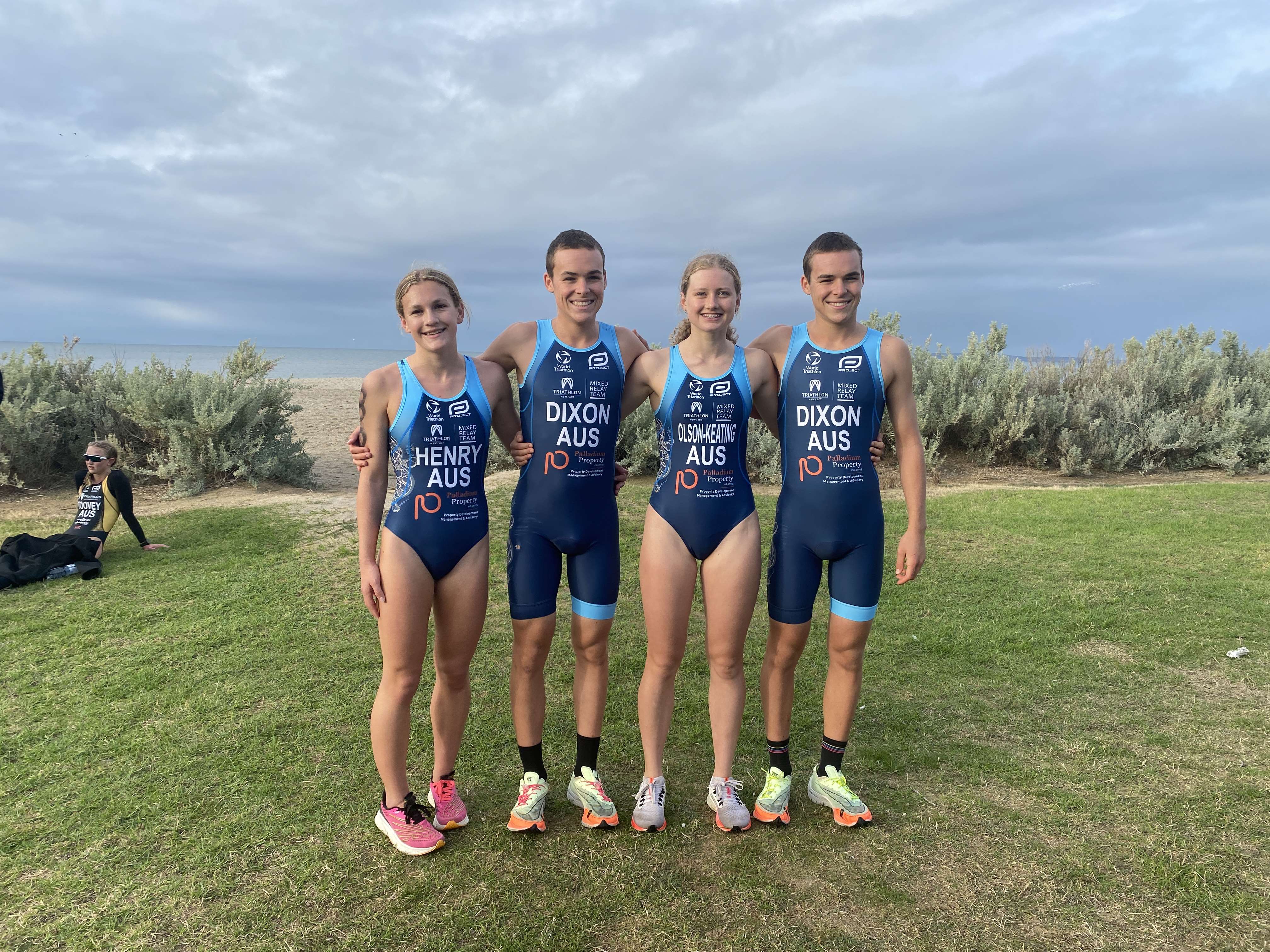 In the Youth Relay there were three Palladium Property NSW Teams, with teams comprised of one male and one female athlete due to numbers. The Palladium Property Number 3 Youth team consisting of Rhys Olson-Keating and Skye Bell battled for third place, with Skye running down the Queensland athlete close to the finish line to secure the bronze. All athletes raced exceptionally, and it would be remised to not congratulate each athlete and their coaches for the hard work they have displayed across the season.

Robyn Low-Hart, Coach Education and Pathway Manager said, “It was pleasing to see the support that the Pathway Athletes provide each other. In the relay, athletes from different training squads came together, worked as one and are supported by the entire Triathlon NSW/ACT Pathway community.”.

“It is refreshing to watch athletes not only develop in the sport technically, tactically, physically, and psychologically throughout the season, but also develop socially and build lasting relationships with their peers. There have been some stand out performances during the race season for pathway athletes. it has been a long season and while Junior Worlds is still a possibility for some of the Pathway athletes, I am sure some well-deserved downtime will now be underway!”