David Williams, from Triathlon New South Wales, was presented with the prestigious Rob George Award in 2017.

Dave has dedicated himself to triathlon for 11 years, he works with Triathlon NSW Technical Committee to maintain a strong and efficient technical program in NSW.
He achieves this by mentoring, providing development training and liaising with clubs and race directors.

John Macgregor-Skinner was presented the Rob George Award at this year's Triathlon Australia Night of Champions.

Triathlon NSW caught up with the honourable John Macgregor about the award and what it means to him and his dedication to the sport of triathlon, specifically in New South Wales.

“Many people can swim, many people can run and many people can ride but you do all three in a single event. You can proudly call yourselves triathletes and you now belong to very special set of people. Always be fair to yourself and considerate of your fellow competitors and remember that it is not the winning that counts but the participation. Irrespective of your placings, always be content when you have done your best and tried your hardest.”

What does this award mean to you?
Difficult to describe as I am still coming to grips with the impact. Those who received this award previously have been the ones to whom I looked for advice and it is a humbling experience to realise that others have placed me in the same category.

Your experience within triathlon in NSW?
Since becoming a Technical Official I have been officiating at an average of 17 events each year, in NSW, interstate and New Zealand. The events within NSW are generally north of and including Port Macquarie and mostly I have been a member of the STT. The annual BCU events in Coffs Harbour are my most memorable NSW involvements. Last year I was TD/RR for the Swim-Run at Rose Bay and very much enjoyed this somewhat different experience. I have enjoyed the support, encouragement and guidance provided by the NSW Technical Committee and especially that from Dave Williams.

I have had the privilege of being able to mentor several aspiring RTOs and facilitate courses for LTOs. In 2014 I returned from an inspirational TriNSW meeting in Sydney and quickly proceeded to implement a TryStars programme. My Club Tweed Valley Triathletes (TVT) were the first in NSW to have TryStars accredited coaches and conduct sessions; we now have a least one programme each year The resultant flow on of youngsters joining TVT and Triathlon NSW has been exceptional.

When I became TVT’s President in 2012, TVT only had a generic constitution and no event SOPs; the new Executive subsequently engaged a professional organisation to conduct a risk assessment. With the assistance of the then Club Secretary, Chris Goudkamp, and guidance from Dave Williams, we developed an Operational Manual and Event Control Plans and formulated a Constitution. In 2013 I convinced three other Members to join me to become Level 1 TOs, now LTOs. From this beginning, TVT currently has seven TOs and I will continue to encourage others to become accredited. 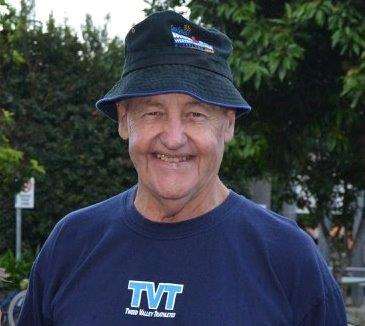 Can you please share your journey of triathlon?
Due to a sudden weight gain at 57 years old, I only started to run extended distances when I turned 60. Several years later, friends convinced me to take up triathlons and in my first year I received the Club’s most improved trophy, I was hooked. My working life was in senior management working/inspiring people and it is this aspect that motivates me within the Triathlon community. They are generally a great bunch.

I became very involved with the administration of TVT and that necessitated frequent contact with TriNSW as I served as President for 5 years. At the end of that stage I correctly felt that new blood would enhance the further development of the Club. I remain on the Executive as Vice President.

Since starting on my journey, age has progressively slowed me down so I have confined my competition to the weekly TVT events and continued my outside participation as a TO. I found working as a TO a congenial experience and I enjoyed the associated comradery with both athletes and other TOs. Hence my decision to progress and upgrade through the Technical Programme; I am now a RTO/NTO.

What’s next? You have achieved so much, what other goals do you have?
As long as I can, I will still waddle around the seasons’ weekly TVT events but my days of outside competitive racing are over. On the technical side, when deemed capable I would like to progress to an ATO and concentrate a little less on event participation and more on encouraging/mentoring others. Apart from triathlon, after many half marathons I hope do at least one full before I cark it.
Inspiring words for juniors in the sport of triathlon?

At the TryStars graduation I have always concluded with: “Many people can swim, many people can run and many people can ride but you do all three in a single event. You can proudly call yourselves triathletes and you now belong to very special set of people. Always be fair to yourself and considerate of your fellow competitors and remember that it is not the winning that counts but the participation. Irrespective of your placings, always be content when you have done your best and tried your hardest.” 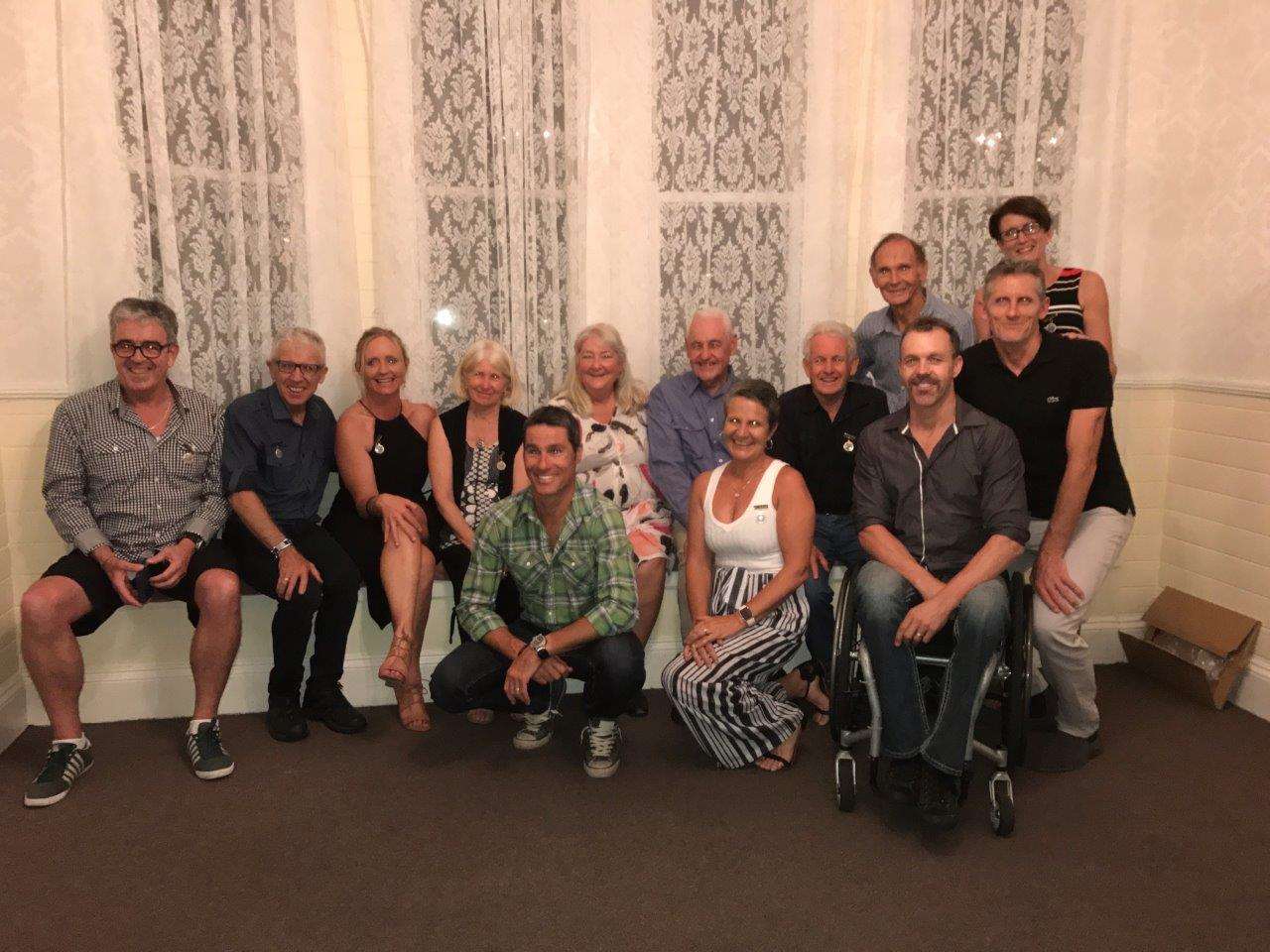 Thank you John, for your commitment and dedication to the sport of triathlon in NSW and Australia.