Last month, 28 junior athletes were lucky enough to scrape in one last triathlon camp before the season’s abrupt end. The Talent ID & Race Prep Camp was held on March 7-8th at the Sydney Academy of Sport and Recreation, led by experienced coaches Tristan Harrison, Jana Kapr and Andrew Tong with Robyn Low-Hart as Head Coach.

CEO Adam Wicks was also in attendance to welcome the athletes to the camp, and had only positive things to say about the athletes. “What I observed is how great the comradery was between all the athletes, how supportive the environment was and how the focus was on skill development and race preparation, mentally as much as physically. At no time was the goal to ‘flog’ the athlete, instead it was about building the brain, not just the endurance,” explains Wicks.

“I saw athletes falling, getting picked up by other athletes, rushing to their help when they were upset or struggling to nail a skill or task. I saw how mature the athletes were, even when it rained and they had to stay indoors and the schedule was forced to adapt and shift. And I was inspired by how dedicated they were to the sport of triathlon, often beyond their young age.” 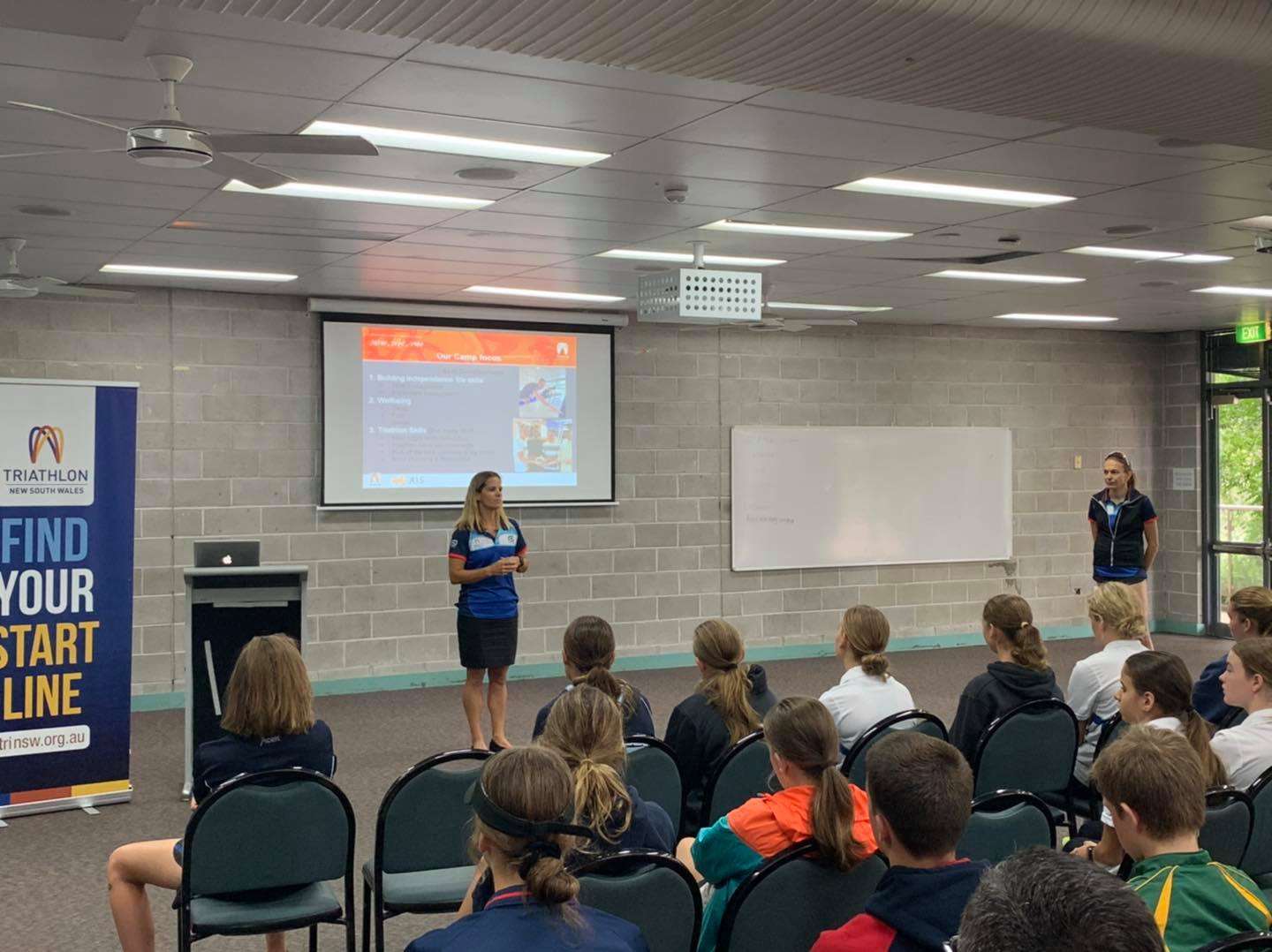 Head Coach Robyn Low-Hart – filling in for Mick Delamotte, who was unfortunately injured at the time – also noted the tenacity and grit of the athletes who attended, and had this to say:

"The camp was a skills-focused camp - and the athlete’s skill levels were of a vast range. The weekend was forecast for rain - so many of the plans for the outdoor sessions had to be modified. With the help of Jana, Andrew and Tristan,  we were able to deliver quality skills-based sessions around the weather. The groups split into skill level based groups, and the more advanced riders with 2 coaches took advantage of a break in the weather and were able to go on a 20 km road ride. The ride enabled the athletes to utilise the skills that they have developed throughout the season in a group ride setting. 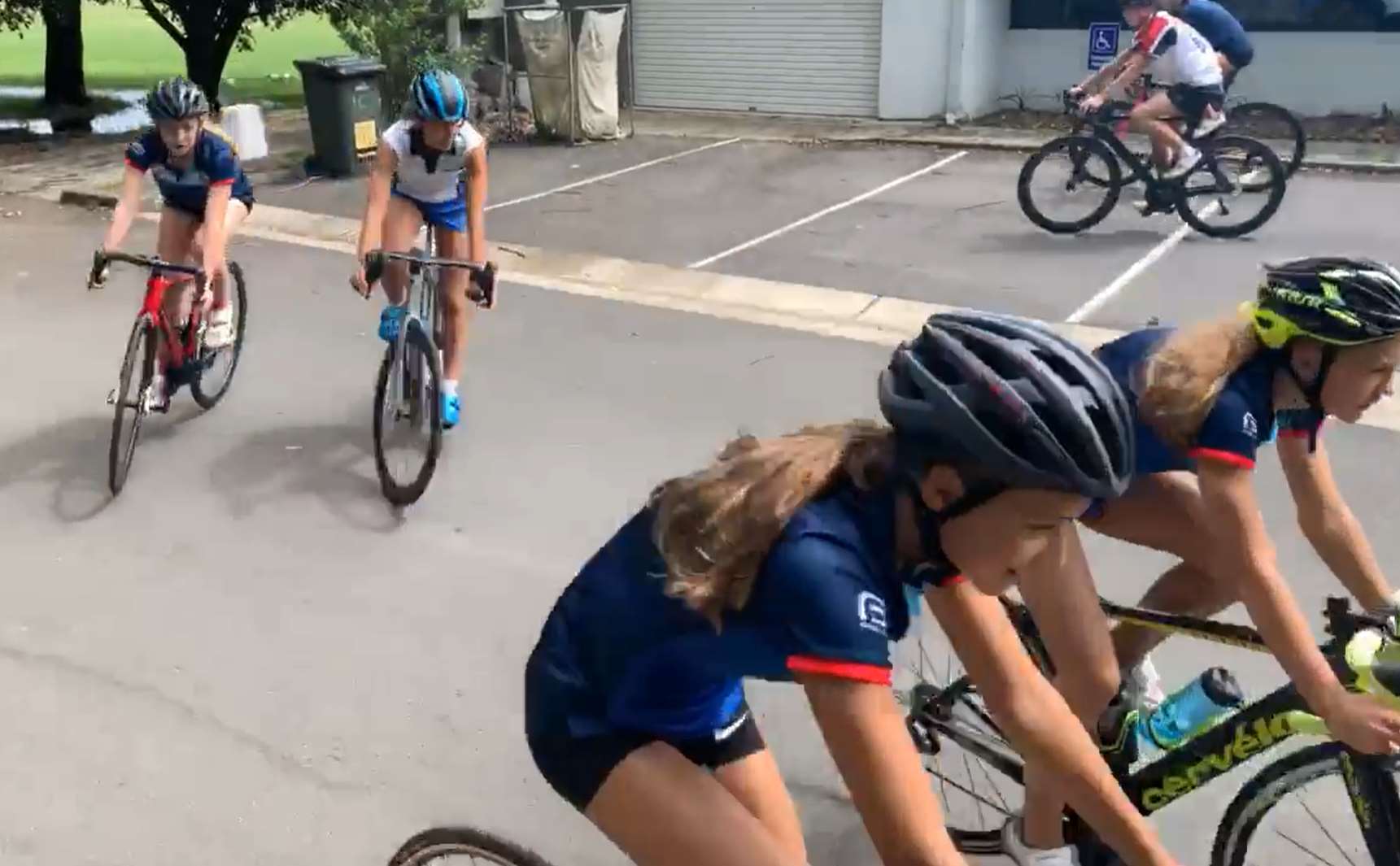 Athletes were challenged on their skills with the use of the bicycle rollers. It was great to see athletes that had never used them before have a go and persist until they were able to ride. More advanced riders were able to further advance their skills on the rollers and challenge themselves to try even more advanced skills. The athletes showed tenacity, resilience, determination and a great amount of encouragement from their training peers and newly found friends during these roller sessions. 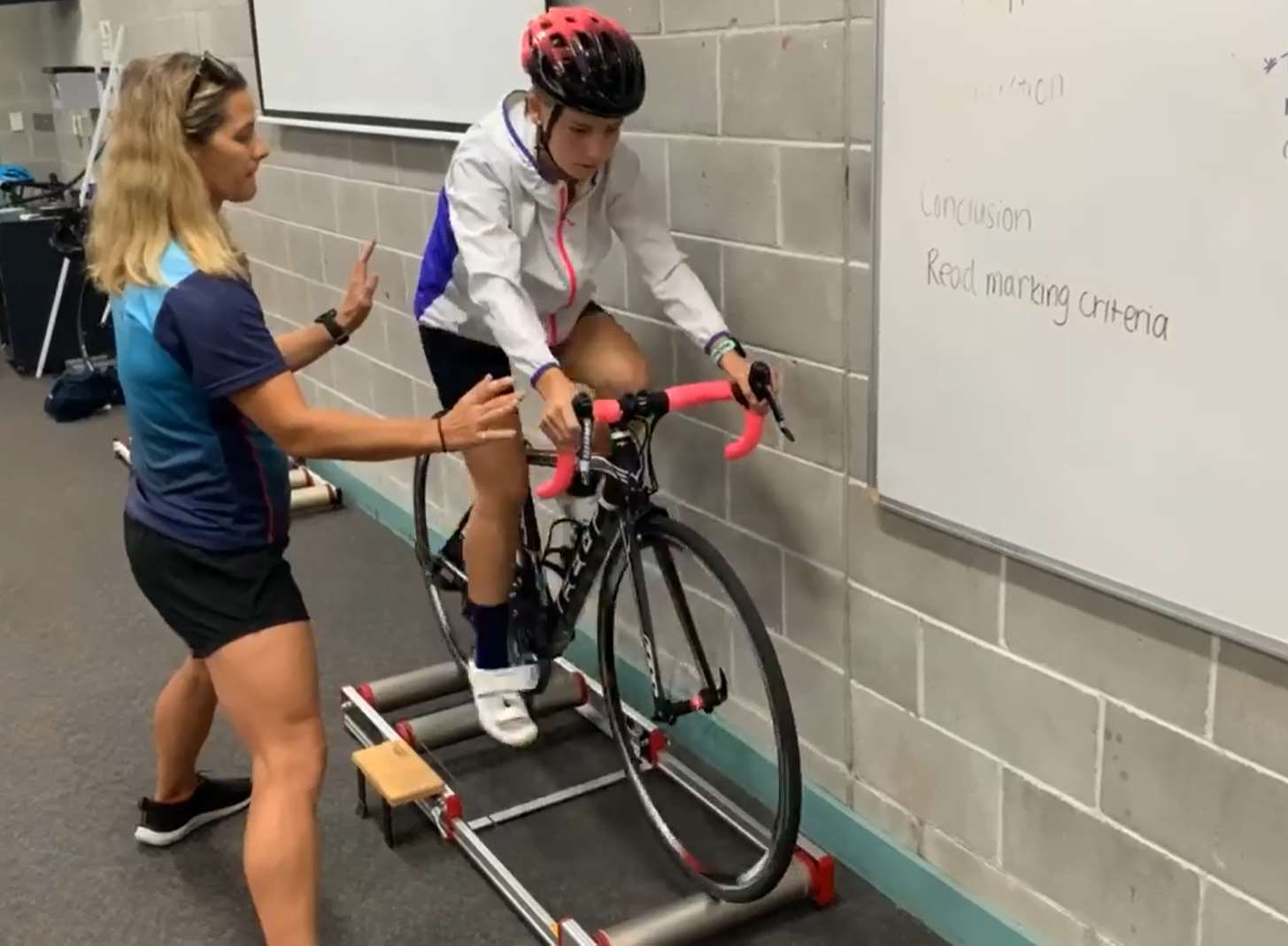 Swim sessions were focused around open water skills. The athletes were again split into groups - athletes were asked what it was that they needed to work on and the coaches designed a session around the athlete’s needs. The groups worked on the specific skills, with a lot of the athletes coming away from the session pleased with the outcome of being able to perform the skill better after the session.

The transition session took place on tennis courts with the nets removed. Three stations were set up, the athletes choosing which station they would like to work in. Each group had a different coach and different activity set up to challenge the athletes with their transitions. Skill levels were not all the same which enabled less skilled athletes to watch and see the more skilled athletes in action. The transitions were all short and fast, requiring skills to be practised at speed as they would under race conditions. Again, athletes came away thankful, with skills higher than what they had at the start of the session.

An education session on the ‘Athlete Pathway' was undertaken in the evening. Athletes had to list what it takes to be an elite athlete, write up on the board and discuss their answers. The session created a lot of discussion between the athletes and the coaches and included technical, tactical, physical and psychological components.  It was pleasing to see the level of understanding that the athletes had about what it takes and how they can go along the journey into being an elite athlete.

The camp was a huge success. I have always enjoyed skill-based camps - everyone comes away with a new skill set, and with new goals to work on. The athletes were exceptionally behaved, well mannered, thankful and polite to all of the coaches and Narrabeen staff.

I would like to thank the coaches, Jana, Tristan and Andrew and to CEO Adam Wicks who also attended, on the successful delivery of the camp.”

Our thanks to all the athletes who attended, and to Mick for planning & organising the camp..

To find out more about the NSW Development Pathway, click here.