When the COVID-19 lockdown started in March, the concept of no racing or group training was brushed off by Warringah Triathlon Club members. But like everyone, this became everyone’s reality during the lock down of April and May.  For the Warringah Triathlon Club (WTC), it started off as having to cancel the final race of season 2019/2020. But soon, as we all know, large commercial events were postponed/cancelled and the restrictions forced group training to cease.

However, the Warringah Triathlon Club committee knew the culture of their club and the mateship that the club fostered had an important role to play during this difficult and emotional time.  The club has a strong and close association over several years with the Black Dog Institute, so they knew it was important that their members felt they could communicate their feelings and reach out.

The big advantage of triathlon, as opposed to other sports, is that even tight restrictions couldn’t stop their members staying fit, healthy and active via running and cycling. And for many members, particularly out of Sydney, they still had access to beaches and rivers, so they were also able to keep swimming too!

It was an off the cuff comment by a random member along the lines of “time to get some Strava segments going” that was picked up by the committee and taken a step further. Members were encouraged to get out there, and complete a run, swim and cycle and share their experience with other members. The feedback was great, with members glad to have a reason to get out and train, all within government regulations.

Then, it was a random video created by a member the club, Steve Nichols, bicep curling his dog* that quickly turned into ‘Exercise of the Day’.  Each day a club member was nominated and videoed a set of exercises for other members to follow, then another member would be nominated for the following day.

Between Exercise of the Day, and members remaining active via Strava, there were plenty of great reasons for members to be engaged and have something positive to look forward to each day during the unknown times.

When Triathlon NSW announced the Weekend Warrior campaign, Warringah already had events in the calendar with 'Warringah Triology', their own take on Monopoly, asking members to visit key landmarks and sponsors over the course of the weekend, then submit photo collages of them at as many locations on the board as possible - as seen in Milly Thornthwaite's collage below. 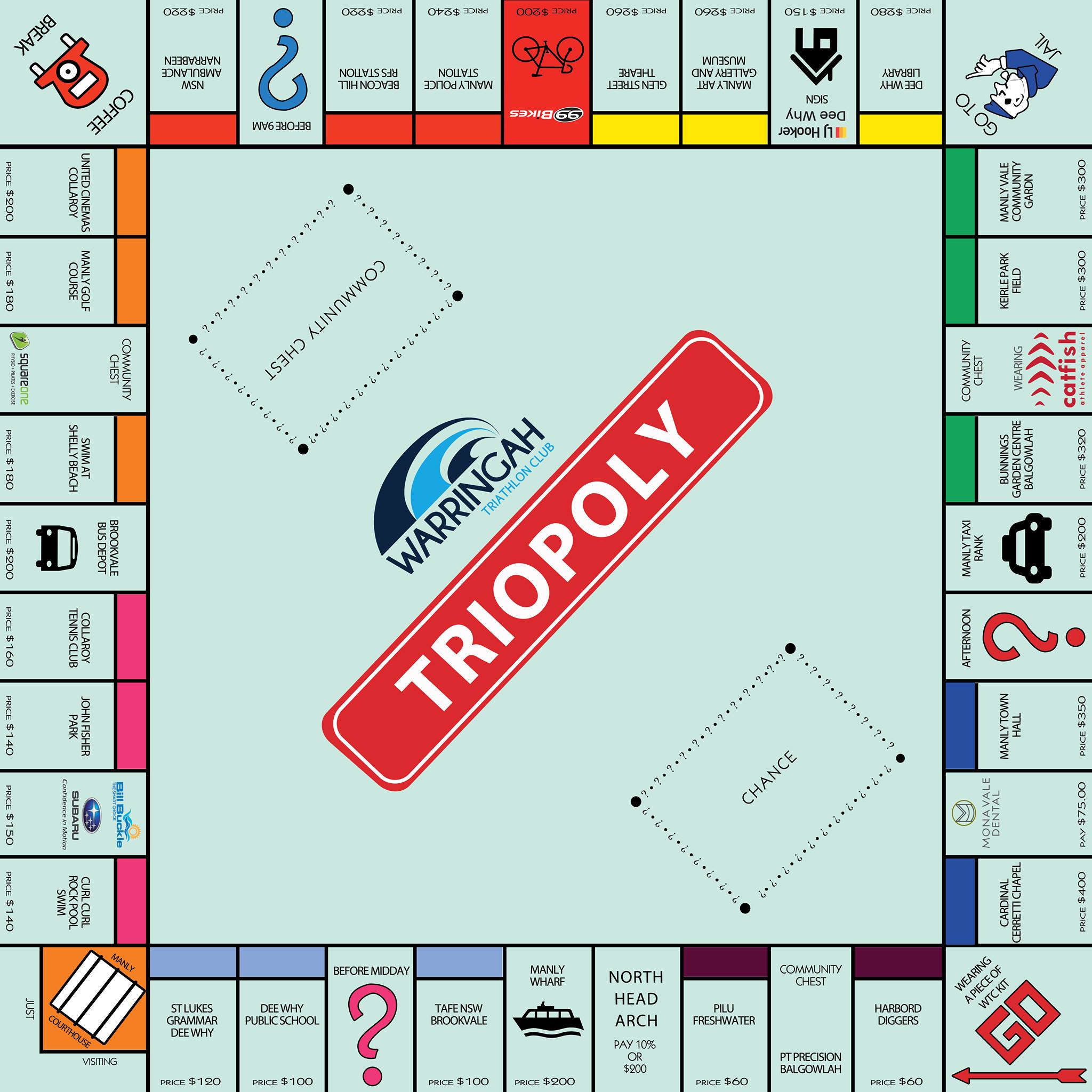 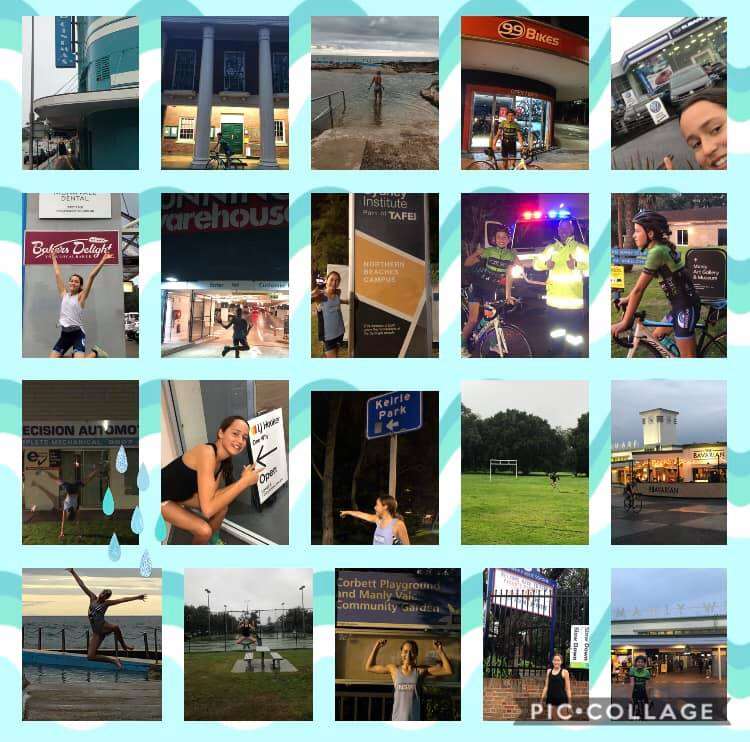 The Warringah Triathlon Club also used the time to improve its advocacy with State and Local Government, resulting in an unlikely partnership.

The club holds its monthly races at North Head on Sydney’s Northern Beaches and had long voiced its concerns about speed humps.  The committee got to work by joining forces with Manly Warringah Cycle Club and meeting with their local State MP, James Griffin, to jointly voice concerns about the safety of the speed humps at North Head. Mr Griffin raised the club’s concerns with Minister for the Environment Matt Kean and were informed that there would be a review of North Head in which the club would be invited to participate.

When a club member commented about proposed speed humps for the popular cycle route of McCarrs Creek Road, the committee got to work again, bringing in their cycle club friends from Manly Warringah and contacting Northern Beaches Council to ensure the speed humps were cycle friendly.

With less than a week before construction commenced and residents’ minds’ set that they wanted speed humps installed to reduce traffic speed, it was a matter of making the best of a bad situation.  Representatives from both clubs, Northern Beaches Council staff and councillor representatives met on site on a Saturday morning and agreed to replace rounded humps with flat top humps which would be easier for cyclists to navigate.

More recently, the club jumped on a comment from the Manly Warringah Cycle Club race director about holding a monthly time trial at West Head. As restrictions eased and community sport recommenced, a date was set for the first West Head Time Trial, jointly sanctioned by Triathlon Australia and Cycling Australia. 170 cyclists and triathletes lined up for the first event on August 16, with three more test events to be held before Christmas that will see Warringah Triathlon Club and Manly Warringah Cycling Club continue to work together to jointly run the event. After the first event, WTC member Sam Wadsworth put his ‘post-race report’ together, which has moments of hilarity intertwined with experiences every athlete doing their first race of the season might resonate with. 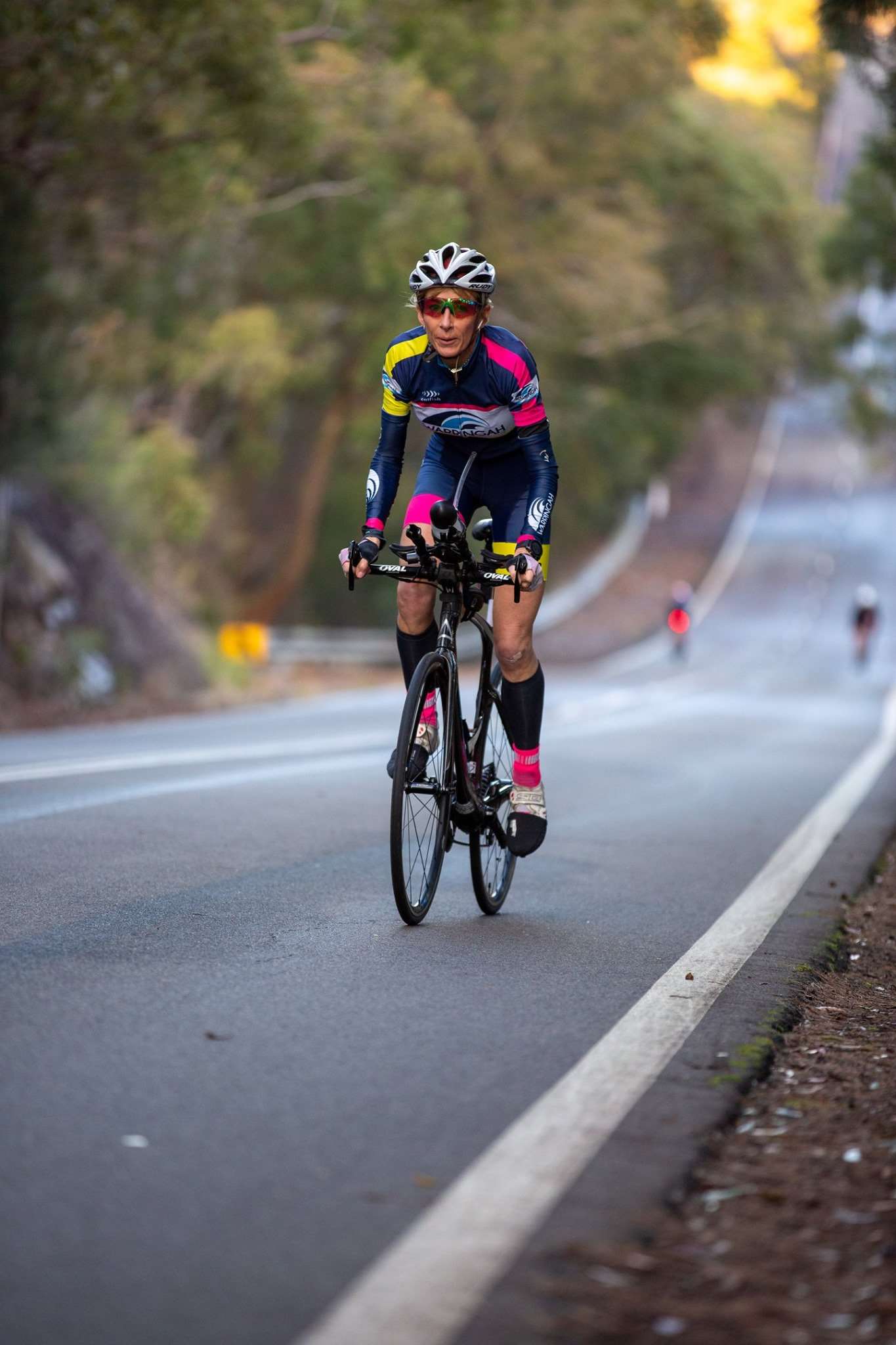 The join time trials opened up further dialogue with the Northern Beaches Council, and WTC was invited to add its input into the Outdoor Plan Strategy.  The club focussed on safety – making sure potholes were filled in a timely matter, lighting synchronised with dawn and dusk and ensuring any proposed cycleways, footpaths and capital works helped give pedestrians and cyclists connected routes across the beaches; as well as promoting opportunities for juniors and women to develop their skills.

Warringah has traditionally been well represented at Ironman Australia in Port Macquarie and the 2020 edition would have been no exception. So with the announcement of the cancellation, the committee felt the requirement to keep their members' spirits up by announcing their 9 race club series, which will keep the competitive juices flowing and gives everyone a reason to train.  The first race was held on 9th August. 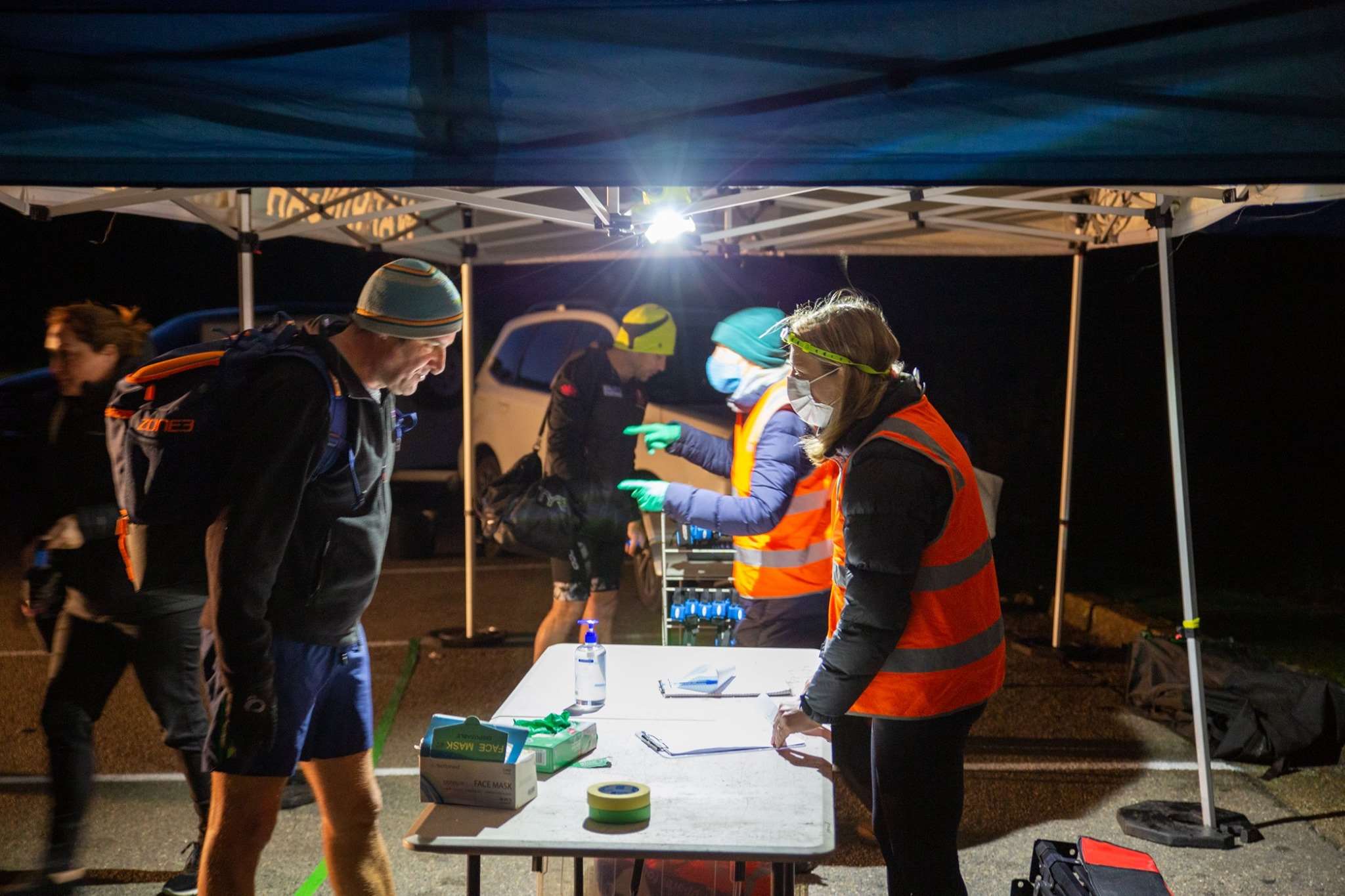 Because of COVID rules on needing to space out racking of bikes, the club only had capacity for 48 members to take part in the first duathlon.  An SOS to their great friends at the Balmoral Triathlon Club meant that they were able to borrow their racking, and voila - numbers were doubled, resulting in their largest club duathlon ever.

So by keeping members engaged, offering something a little different and working as an advocate with local authorities, other clubs and key stakeholders – they’ve managed to keep their membership strong! In August 2019, the WTC had 247 members on their books. The same time in August 2020, and despite all the challenges this season, they boast over 250 members. It’s clear their strategy of engagement has been successful in welcoming new members in and retaining those from last year.

As member Claire Gazzard said “In case you’re like me and you’re umming and ahhhhing about whether to renew your membership or not given the weird year and lack of races this year......I say go for it! I just renewed mine as I realised, I’ve been a member of this great tri club since 2010 and it’s offered me so much during that time let alone the great friendships I’ve made along the way! Go Warringah!"

To find your local club and get started – click here.

*TNSW can confirm that no dogs were harmed during the filming of the inaugural ‘Exercise of the Day’ video.