Having fielded some of the best talents in Australian triathlon, including 2012 Olympic bronze medallist Erin Densham and ITU World Triathlon Series race medallist Natalie Van Coevorden, Macarthur Triathlon Club has long been a successful breeding ground for the stars of tomorrow.

Fast and motivated, the 16-year-old Manny was never threatened throughout the 2km run/20km bike/4km run event. In winning she became the youngest winner in the event’s history.

“The crosswind on the bike was most definitely the toughest part of the race,” said Manny. “It made it difficult to maintain speed along the course. It was a great feeling to cross the line knowing my efforts on the bike and run were rewarded.”

The men’s race was a battle between another pair of juniors with the reigning Macarthur Triathlon Champion Cody Salter, 17, becoming the first junior in club history to hold both titles simultaneously.

Over the initial k run Salter set a strong pace before riding out to an unassailable lead over the 20km bike. With the win easily his he didn’t let up to extend his lead in the final 2km and run clear.

Second place was his training partner, 16-year old Makenzie Kautz who ran his decisive final run leg at an incredible 3:32/km pace to ensure the silver medal and also the fastest run split.

“It was great coming across the line, finishing in first and [becoming] the first person in a while to hold both titles for the club,” said Salter.

Like Manny he also commented on the wind: “The hardest part of the race was the bike with the crosswind going down the hill.”

Macarthur Triathlon Club is the premier triathlon club in the southwest of Sydney. Founded in 1987, the organisation is a successful and diverse club that is proud of its family friendly, supportive atmosphere that encourages all athletes to achieve their best in all forms of multisport competition. 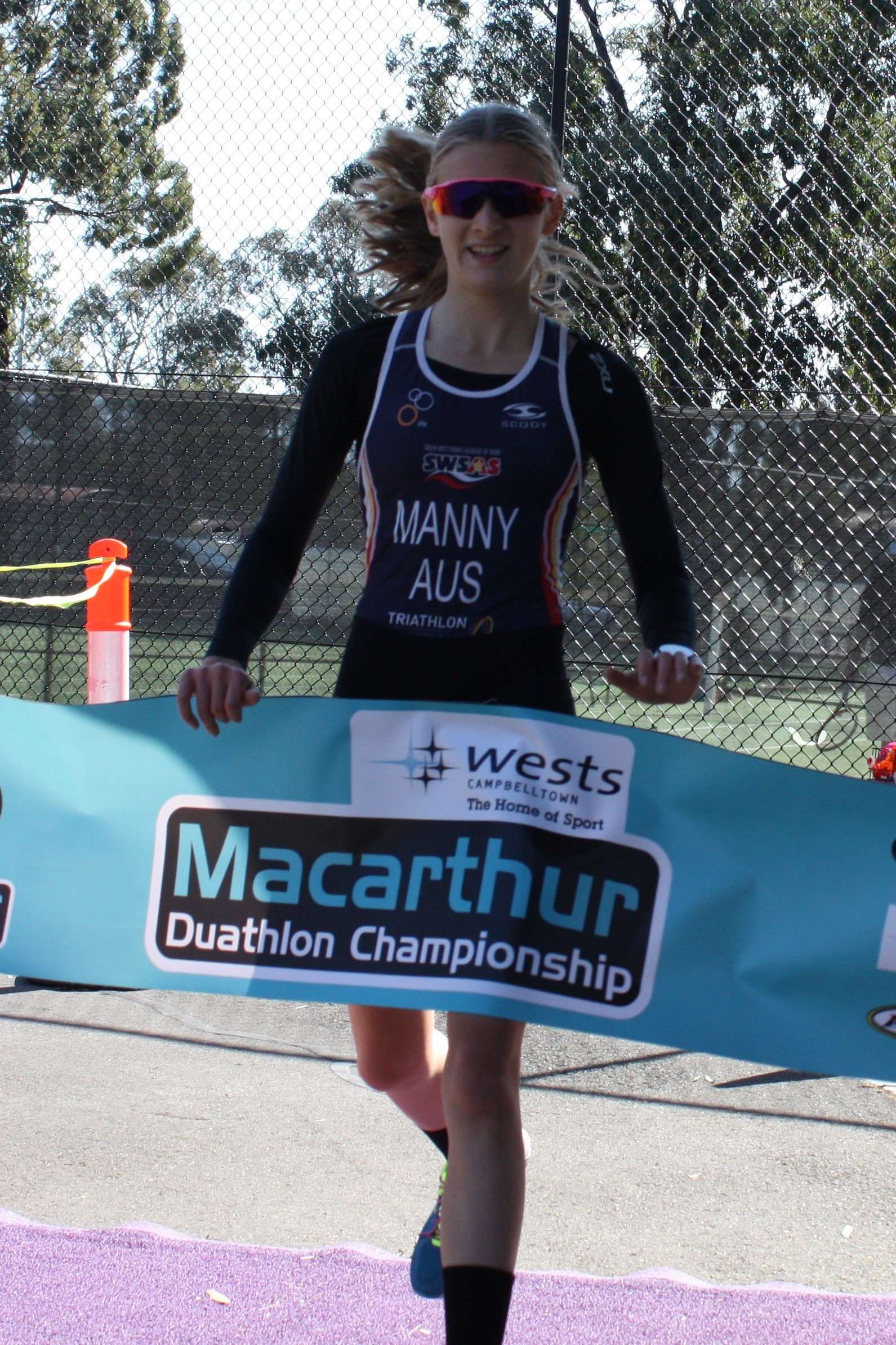