NSW Women's Triathlon Events Off to a Flying Start!

In a year that seen more downs than ups, it has been exciting to watch the launch of the Triathlon NSW Women’s Events this month, welcoming new and returning female participants to our great sport. Five of the thirteen scheduled events have taken place in November so far, bringing over 250 women and girls together for specific training and events with the theme of “Finish lines, not finish times.”

First off the mark was Armidale Tri Club, who began a women’s training program on November 1st, supported by Ali Flynn from Altitude Fitness Armidale. Their training consisted of a Tuesday run session, Thursday personal training circuit, Saturday spin bike or road session and a Sunday swim session, described by Armidale TC President Paul Billings as “a program any self-respecting triathlete would be proud to admit to”. 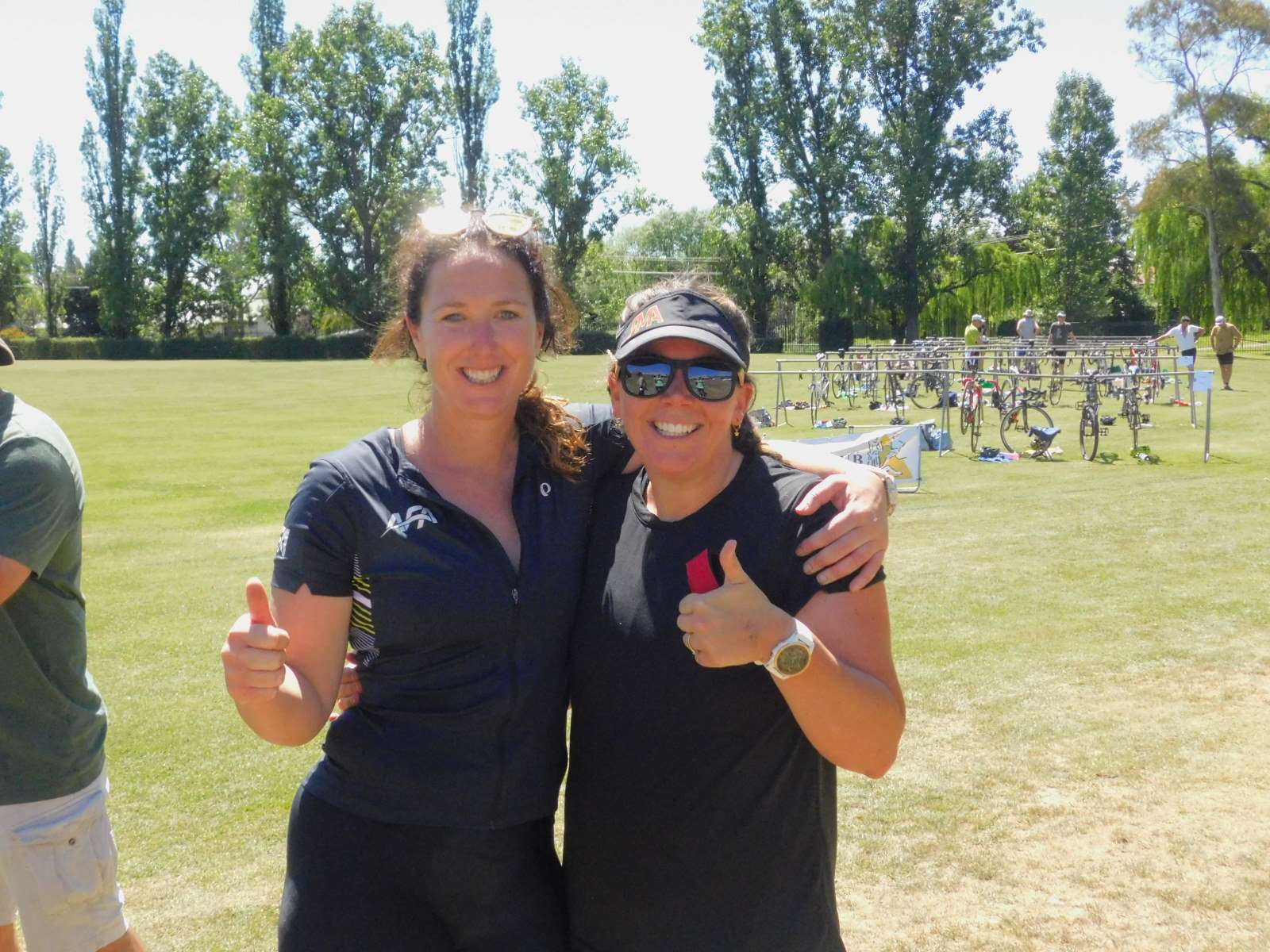 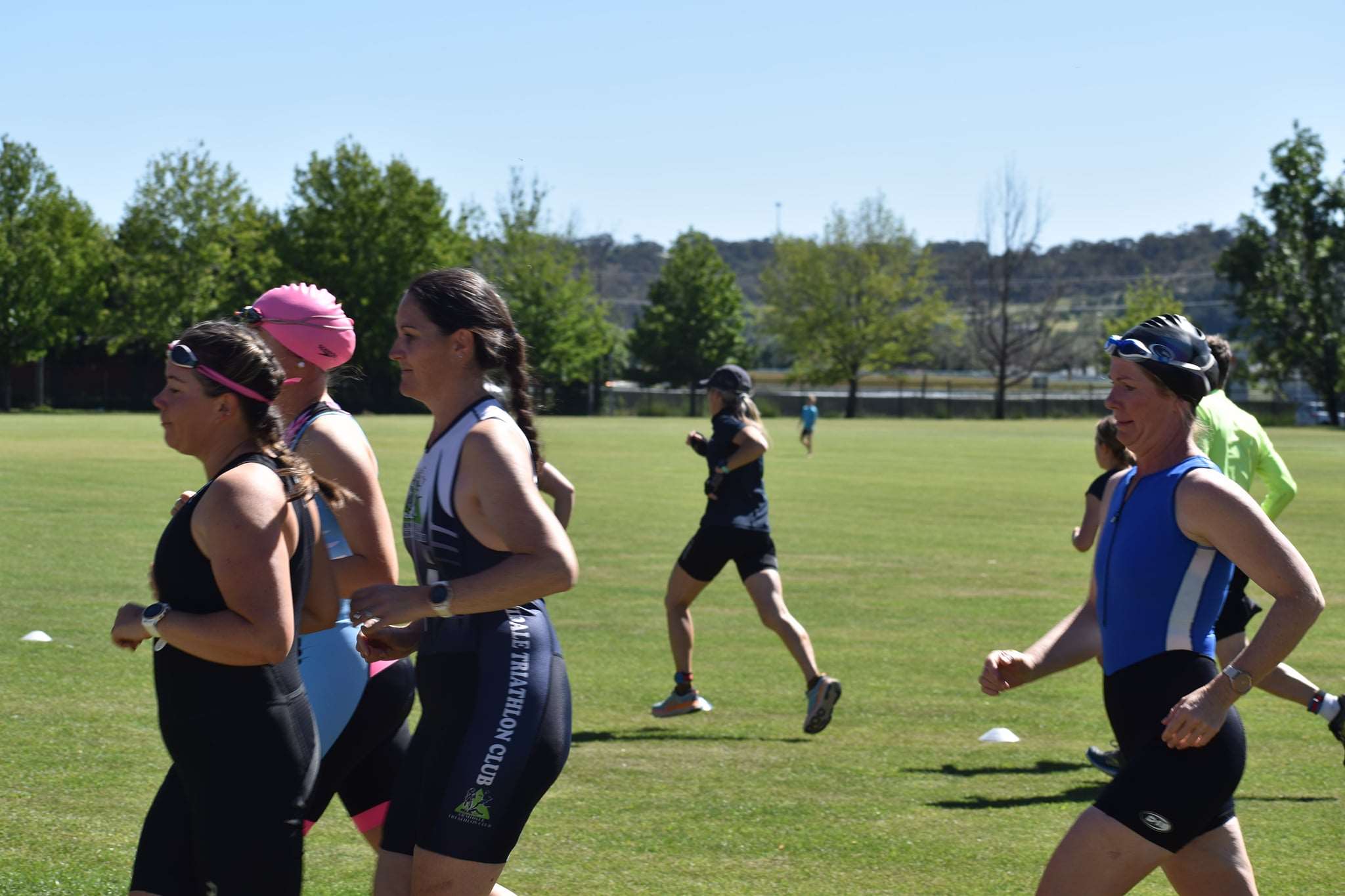 On November 15, the group of 17 newbies took on either a triathlon or duathlon at the friendly club course in the grounds of The Armidale School. “There was some trepidation by some, but Ali was able to talk them around using positive belief in their abilities,” says Billings. “The HSHW wave start worked well as they were among their training partners, all new to the sport. The comradery was great to see as they made it over the line with well-earned smiles on their faces”. Amazingly, after a rest day on Monday, the group were back to their 6am run training on Tuesday, ready for the next event on December 6th.

Warringah Tri Club launched their women’s events with a special ‘transition secrets’ clinic on November 7th, hosted by the talented Ward Coaching duo Nic and Bern Ward. The coaches took participants through transition area setup, bike mount and dismount, and other tips and tricks, in preparation for their upcoming triathlon. 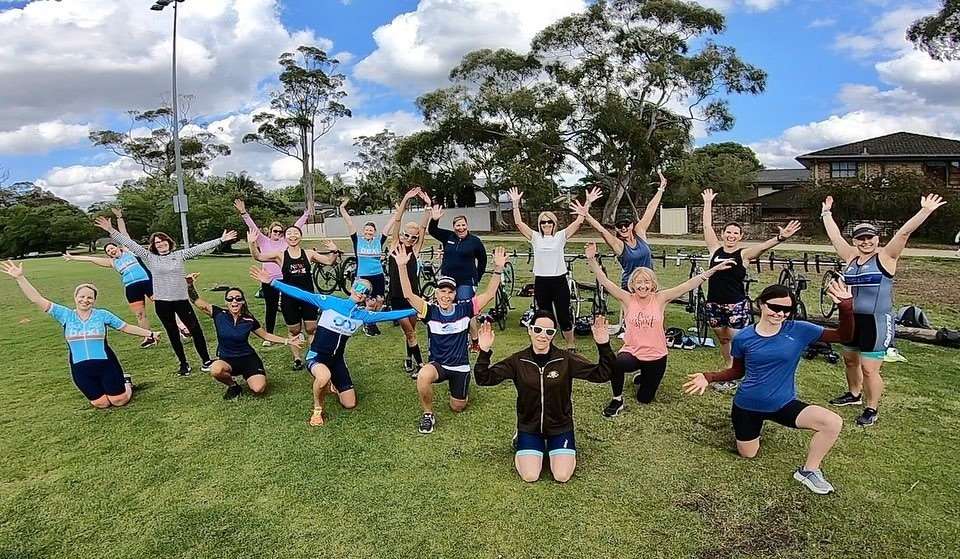 On November 21st, Warringah TC’s superstar Race Director Deanna Waters and other Warringah athletes took the ladies through a course familiarisation and swim at Collins Beach so everyone felt confident and calm before the next day’s event. On Sunday, Warringah welcomed 14 new women to their popular North Head club race with a special $10 entry and women’s only wave.

“The ladies were very thankful,” reports Waters. “They found it really helpful that not only did we support them with the race entry but gave them some skills and knowledge about what to expect on the day. As a club our members are really supportive of anyone having a go and what better location to do your first race with the Sydney skyline as a backdrop.” 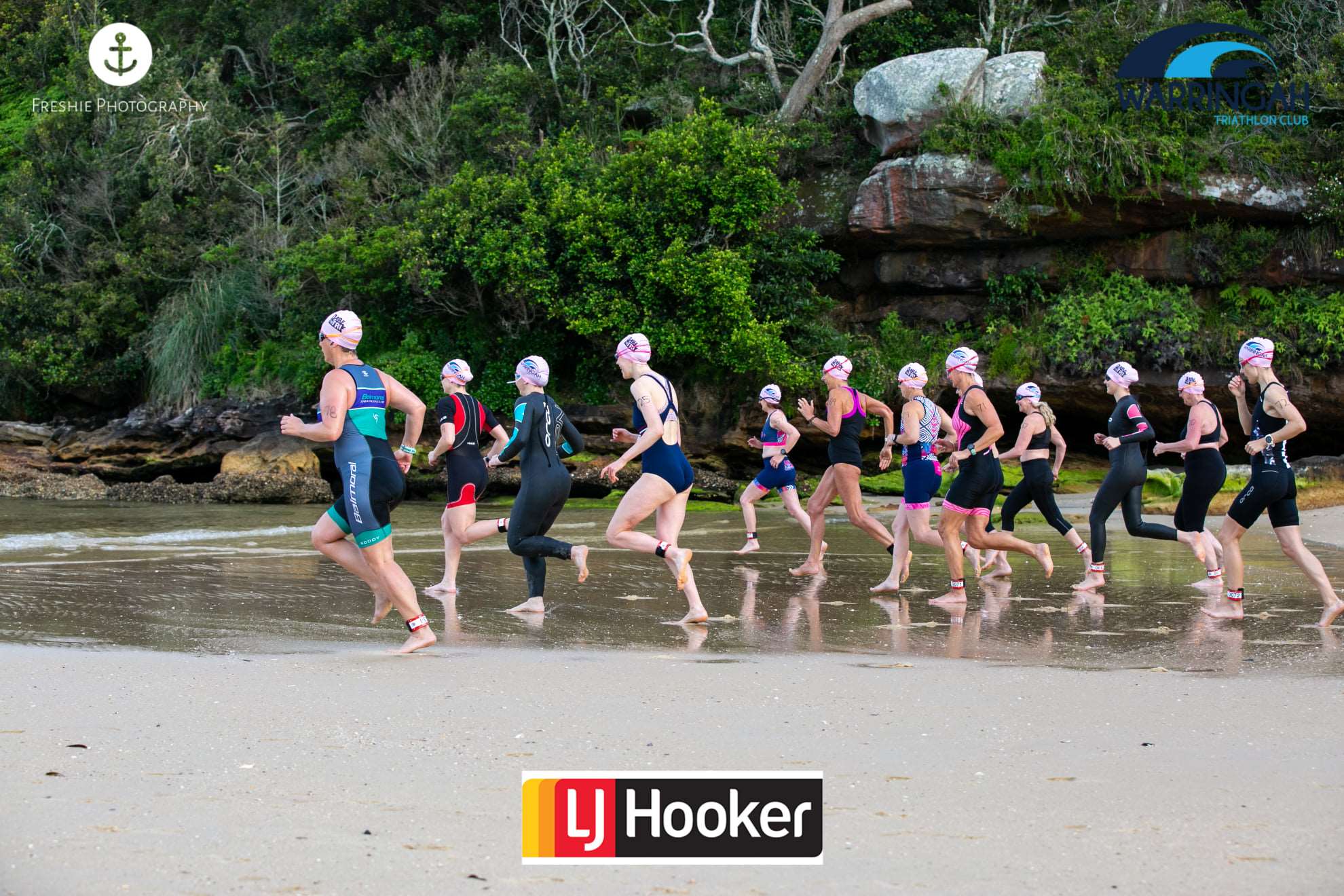 Also on Sunday was the sold out Hills Tri Club women’s event at Penrith International Regatta Centre, where 150 women braved the baking heat in Sydney’s west to take on their first (or first in awhile!) triathlon. Triathlon NSW has been flooded by responses from women and girls who have expressed just how much fun they had at the event, no thanks to the organisation and passion of the Hills leading ladies, Joanne Lum and Jessica Edwards.

“This event was a perfect confidence booster for many including my daughter,” explains participant Katie Lack, who did the event alongside her daughter Bridy. “She is new to the sport and has experienced supporting mum so she was keen to give it a try today!” 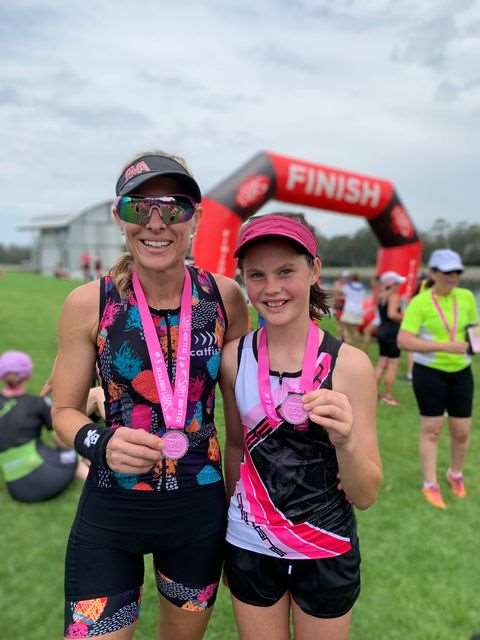 Central to the success of the Hills event was creating an atmosphere of support and encouragement, including a very active and motivating Facebook group for participants, ‘anything goes’ for the swim leg, a music playlist chosen with everyone’s favourite songs that was played during the run leg. 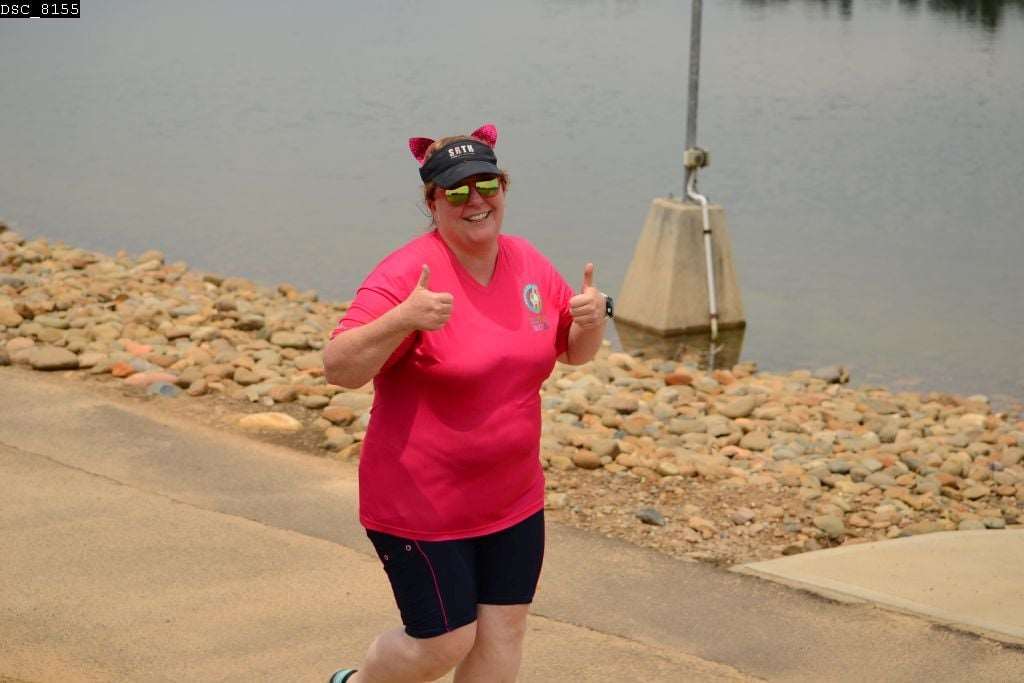 “We were focused on delivering an inclusive, safe course and a friendly environment for women of all abilities & ages to try a triathlon,” reiterates Edwards. “It’s such a perfect way to introduce more ladies into the sport and I’m personally just so passionate about motivating ladies to do something they think they couldn’t. The belief and confidence gained is so invaluable,” continues Lum.

The weekend was also a busy one for Nicky Western of Scone Triathlon Club, who in her capacity as both coach and president organised a fantastic group of women who trained for four weeks before their first triathlon on Sunday.

The weekly training sessions developed the group’s swim, bike and run skills, and gave them the support they needed to sign up and take part in the special women’s wave at the Scone TC club race.

“The increase in confidence in everyone was amazing to see,” says Nicky. Now the group has plans to continue training with the club, in preparation for other local races, or even bigger events like the Sparke Helmore Newcastle City Triathlon next February. 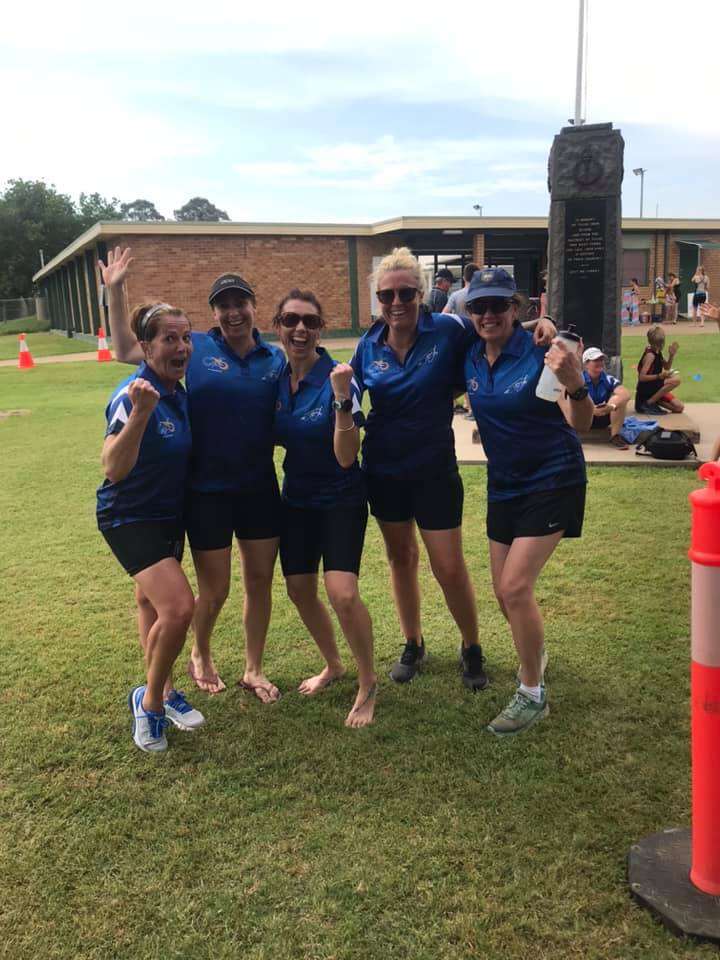 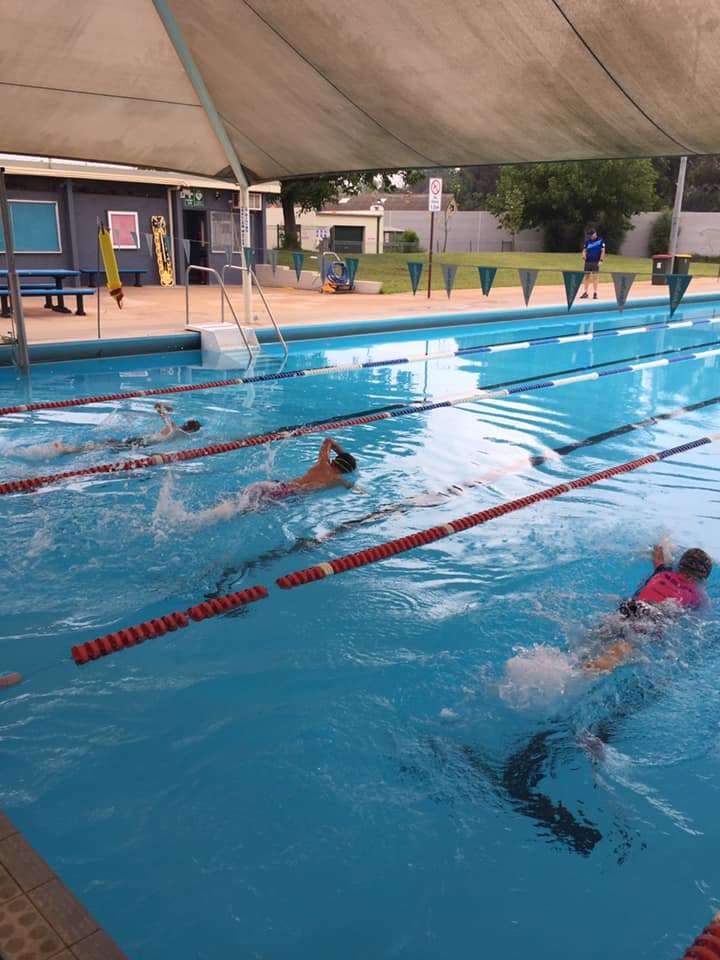 Last but not least, Clarence Valley Tri Club welcomed a keen group of ladies and girls to Yamba Community Pool for their special women’s Enticer and Sprint distance events on Sunday. With the enthusiasm of President Kim Elvery and Vice-President Darren Adams, most of the women who took part have now signed up to the Yamba Triathlon on December 6th to continue their triathlon journey. 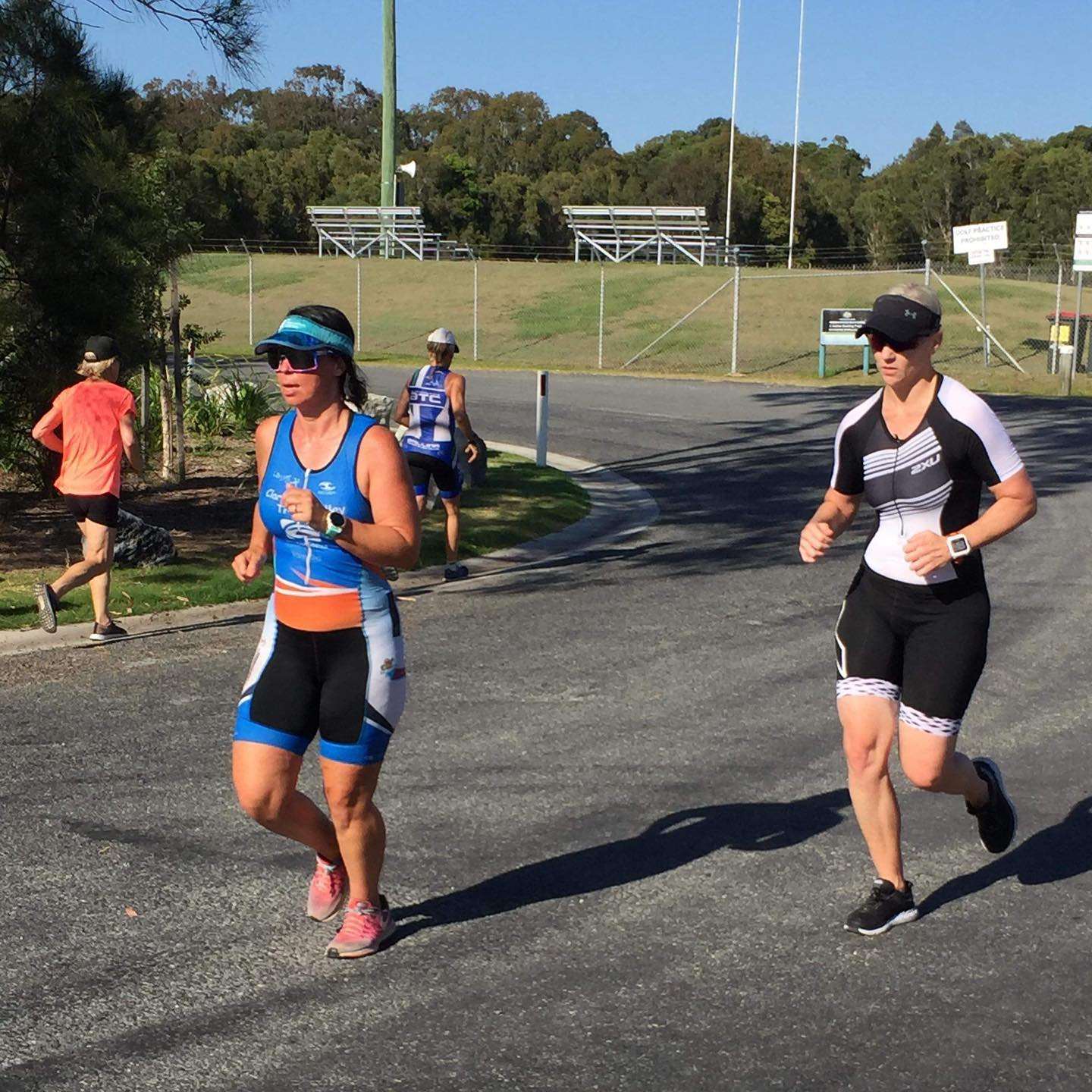 We’d like to extend a big thank you to all the clubs involved with this wonderful initiative for their enthusiasm and commitment to welcoming women and girls into triathlon, and we look forward to the remaining events taking place this month and next!