On Saturday, the first post-COVID dedicated paratriathlon event in 12 months went ahead despite wet and challenging conditions. The City of Newcastle Paratriathlon welcomed NSW paratriathletes Lauren Parker, Nic Beveridge, Jonathan Goerlach and Andrew Wilkinson, who savoured the opportunity to be back racing after such an extended break. 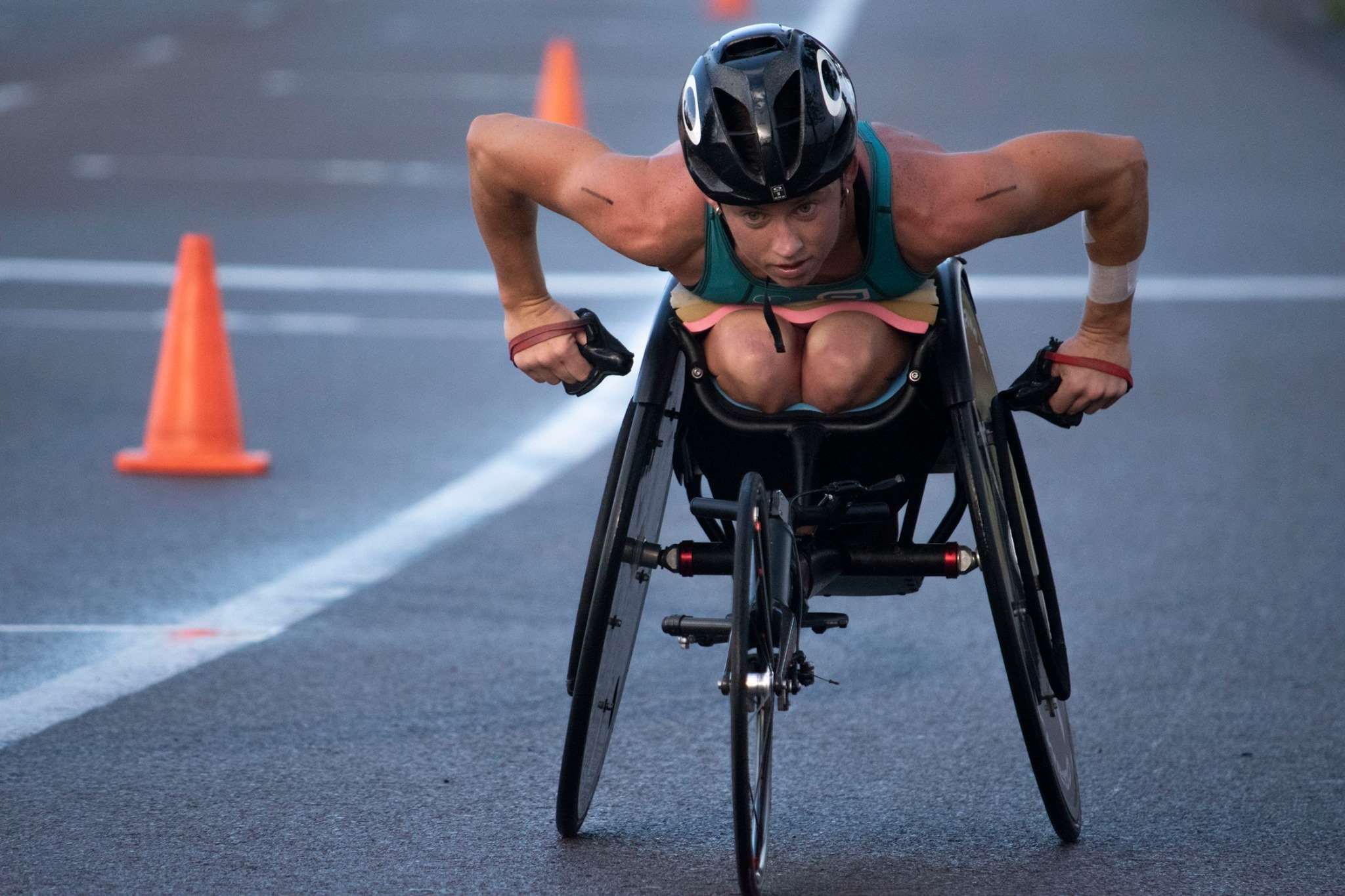 Speaking to Triathlon Australia, Newcastle’s own Lauren Parker said that she was thrilled to be back racing in Newcastle. “It was so great to be back on the start line after a year of no racing and to have the first race of the season in my hometown makes me really proud that we could put a great event together,” Parker said.

Parker faced her fair share of challenges on the course today, with her swim splint breaking early in the swim followed by a flat on the first lap of the bike. However, the reigning World Champion refused to let it phase her.

“There were a few hiccups…so I had to mentally get through that and just focus on the job I had to do.”

“I like a more challenging swim, so I really enjoyed it and got a big lead, bigger than I normally get, so I was super happy [with the swim].”

“Again [on the bike], I couldn’t stop so I just had to push through that and focus on going easier on the corners and stuff so that the tyre wouldn’t come off the rim. But I put it all together and I felt great all day in all three legs.”

She wasn’t the only one with bike troubles with Nic Beveridge also forced to deal with a flat tyre on the bike. Beveridge pushed on to take home the Men’s PTWC title in 01:28.41, while Parker blitzed the Women’s PTWC field to claim line honours in 01:21.15.

Jonathan Goerlach and Guide Sam Douglas set the course alight with fast and attacking racing throughout the morning to take home the Men’s PTVI title in a speedy 01:05.20. Andrew Wilkinson (PTS5) also put together a solid performance on the day, finishing in 01:08.13.

The paratriathlon cohort will now turn their focus towards this weekend’s Australian Paratriathlon Championships in Devonport.

The weekend's racing continued with the Sparke Helmore Newcastle City Triathlon on Sunday, bringing together athletes from all over NSW for the Standard Distance State Championship event. 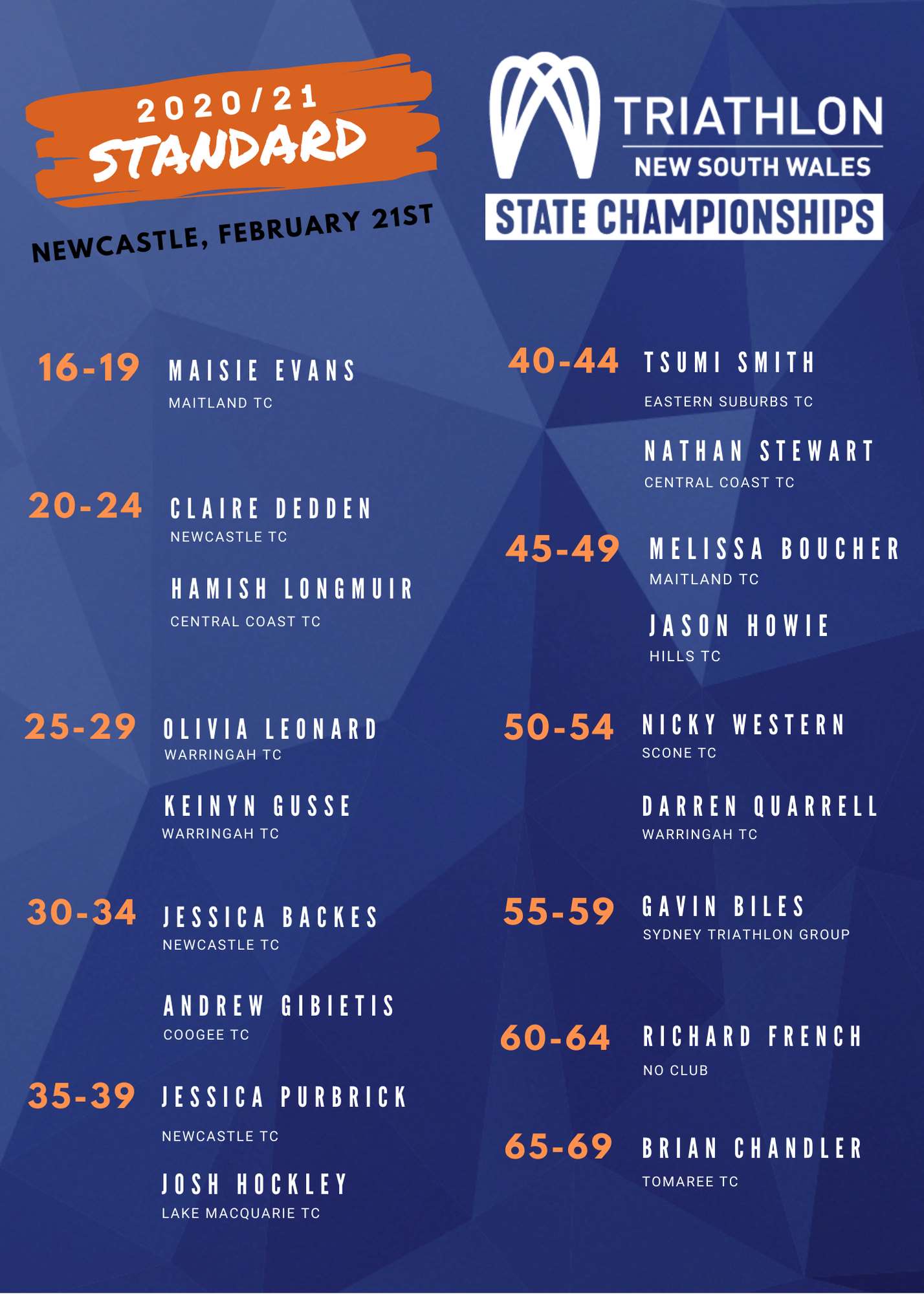 Claire Dedden of Newcastle Triathlon Club took line honours for the women's race in a blistering 02:23.40, taking out the overall women's State Championship title as well as the 20-24 year old women's title.

Meanwhile, the men's event was won by Hamish Longmuir of Central Coast Triathlon Club in 02:06.20, followed by club companion Nathan Stewart in 02:15.14. Both men have deservedly earnt a place in the NSW Hall of Fame with their State Champs crowns for 20-24 and 40-44 year olds respectively.

Our thanks go to Paul Humphreys and the entire team at H Events for organising a great event, and for continuing to support multisport in the Hunter region.