We’re blessed in Australia to have some of the best Olympic & Paralympic athletes sport has ever seen and there’s no doubt that they have (and will continue to) inspire and raise the next generation of sporting heroes. But from little things big things grow and it’s our TNSW Pathway athletes who are wise beyond their years, consciously and/or unconsciously inspiring their fellow peers and spectators alike.

As it stands Matt & Jack are the first para-athletes within the TNSW/TACT Pathway system, but they certainly won’t be the last. Both boys have paved their own path in their triathlon career to date and continue to push the sport forward for the para-athletes that will follow them.

Representation is the key to the growth and development of many things, sport included. The Paralympic Games and para sport in general have seen a boost in awareness and audience over recent years due to an increase of media & broadcast coverage. As a result, people with disabilities and able-bodied persons have been introduced to a vast amount of para-athletes who are changing the game. For children and teenagers like Matthew and Jack seeing people like them in their chosen sporting fields, makes all the difference.

“Jamal Hill suffers from Charcot Marie Tooth which is the same as me. He swam at Tokyo representing the USA and won a Bronze Medal in swimming. It shows me that someone with CMT can get to the highest level in sport,” says Jack.

For Matthew, it’s the Pararoos who inspire him.

“My sporting inspiration actually comes from the Australian Cerebral Palsy football team – the Pararoos. These athletes show us that it’s about never giving up, especially when you are knocked to the ground”.

While their performances on the course are speaking for themselves, it’s the sportsmanship and willingness to share their story off the course, that see Matt and Jack making waves. Both athletes are active on Instagram, regularly sharing their race results but also their well wishes for each other, and fellow triathletes. 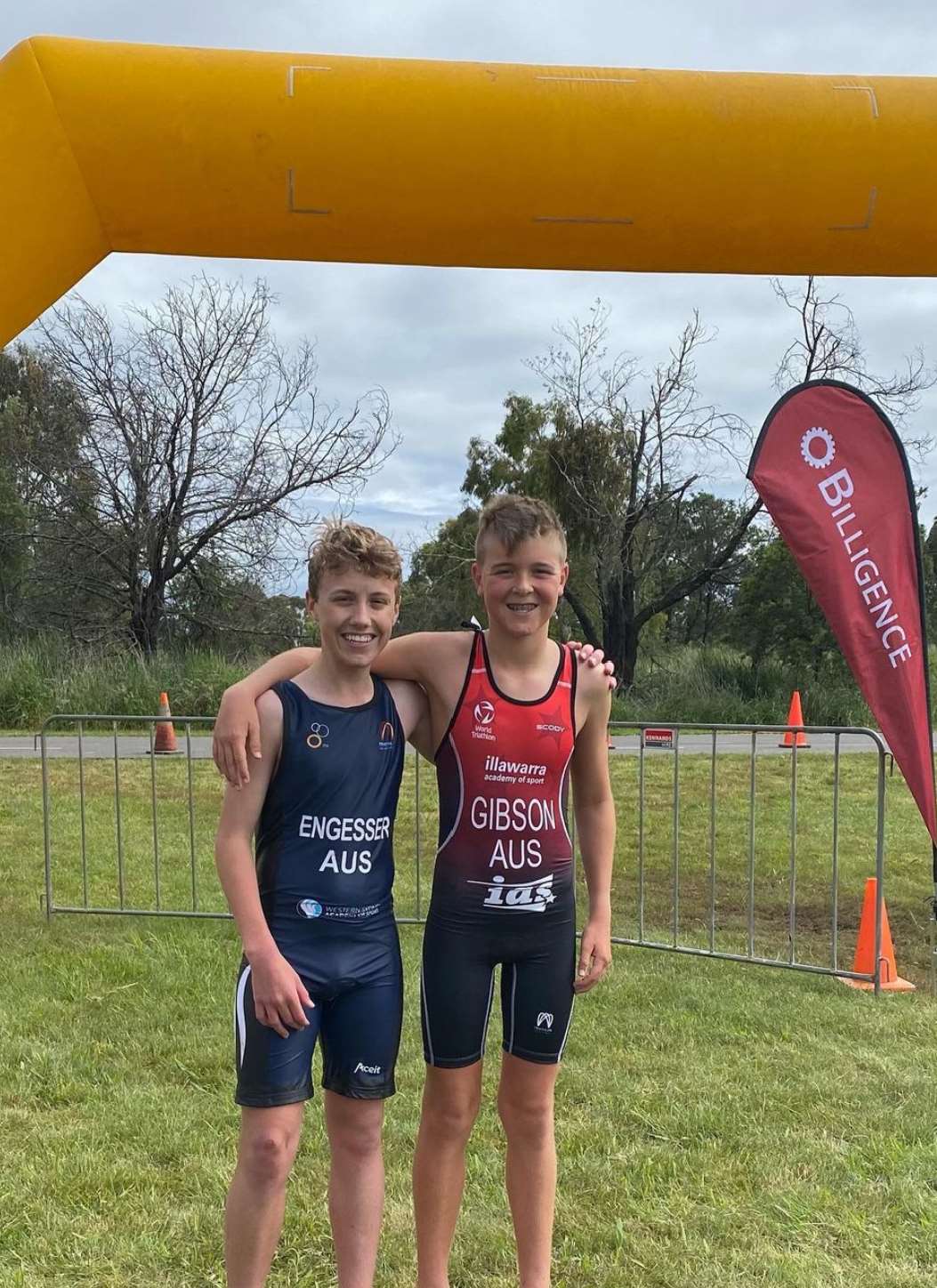 Provisionally classified as PTS3, Matt Engesser started his triathlon journey at ten years of age when the Sports Coordinator at the Cerebral Palsy Alliance invited him to do an adapted triathlon for people with disabilities.

After competing in athletics & cross country nationally for six years, Matt made the decision to transition to triathlon – something that combined his running skills and his desire to cycle.

“In 2021 I was watching the Paralympics when I realized it was a Paralympic sport and I knew then that I wanted to do triathlon competitively. My goals are to represent Australia and work hard to make it to the Brisbane Paralympics in 2032”.

While 2021/22 season is Matt’s first on the triathlon course, he has been a regular at the Billigence Pathway Championship Series going head-to-head with IAS Squad member, Jack Gibson. Matthew took line honors in Round 1 & Round 6 and has only missed a single round in the six that have been completed so far.

Matt tells TNSW that for the remainder of the season, he’s looking forward to bettering his PB’s.

“The thing I’m looking forward to most this season is to make more PB’s and achieve my goal of attending the Academy Games”.

Given his results at the recent Australian Grand Prix Triathlon and BPCS 6th Round which included PB’s in all legs (across three days of racing), everything is on track for Matt as we move towards the second half of the season and final rounds of the pathway series. 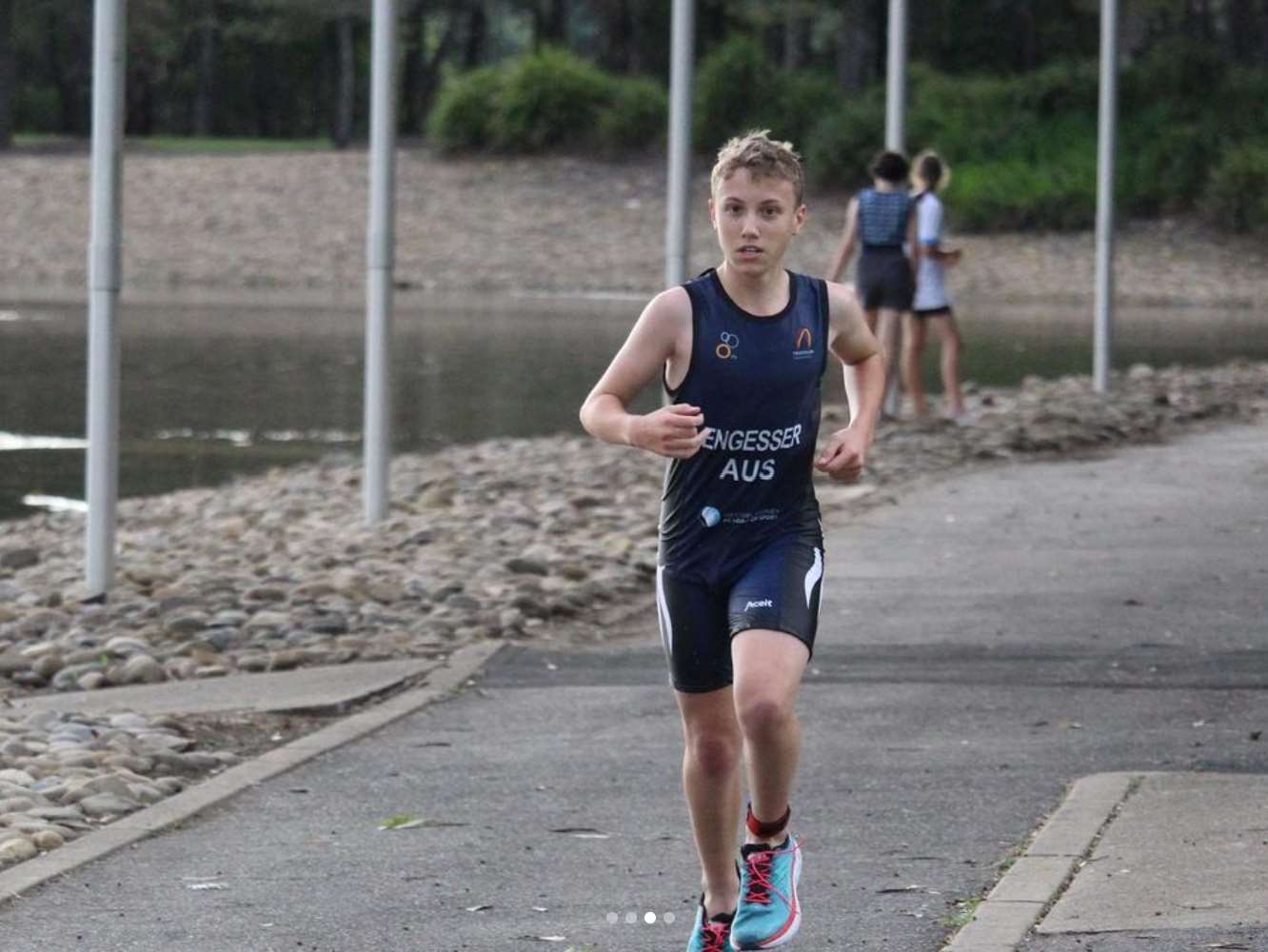 When Jack Gibson was six years old, he attended a training session with the Illawarra Triathlon Club under the watchful eye of triathlete Rob Spicer. Spicer was coaching the ITC junior squad at the time and while Jack says it was “scary at first”, he came to enjoy it.

“My first event was the Australia Day Aquathlon. I was so proud of myself when I finished”.

In 2017 with the proximity to his home and the fact his friends trained there, Jack joined Shellharbour Triathlon Club. Now a member of the Illawarra Academy of Sport 2021/22 Triathlon Squad, Jack is currently coached by Ben Bell and Scott Ashcroft. 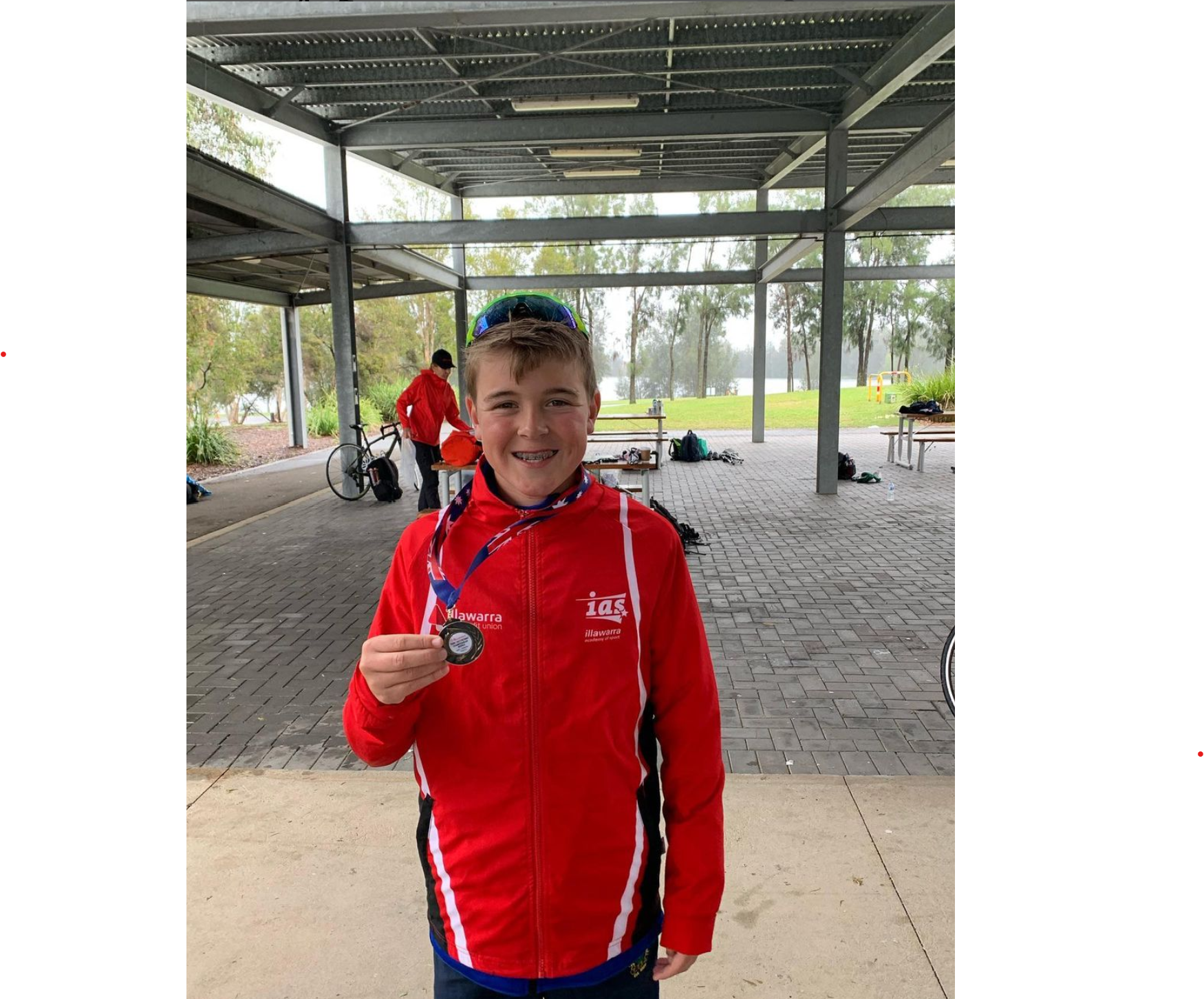 Diagnosed with Charcot Marie Tooth (CMT), Jack is provisionally classified as PTS4. Like Matthew Engesser, Jack is a regular face at this seasons Billigence Pathway Championship Series and has had outstanding results thus far. Only missing Round 4 of the BPCS, Jack has topped the ladder in Rounds 2, 3 and 5.

“This year in the IAS I became draft legal. In the Billigence Series I have been able to ride in packs and draft – it’s been more fun and exciting,” he tells TNSW.

As for the sport itself, it’s the variety in and out of competition that has Jack hooked.

“It [triathlon] has three sports in one – you don’t get bored with training as there is so many different things to learn. I also like that it challenges me. Sometimes I get nervous before a race but when I finish, I have achieved something, and I am really proud of myself”.

As we look towards the remainder of the season and beyond, Jack looks forward to the challenges and sets big goals for the years ahead.

“I am looking forward to challenging myself for the rest of the season and trying to improve my times and skills. I would love to go to the Paralympics one day”.

Triathlon NSW extends their thanks to Matthew & Alison Engesser and Jack & Andrew Gibson.