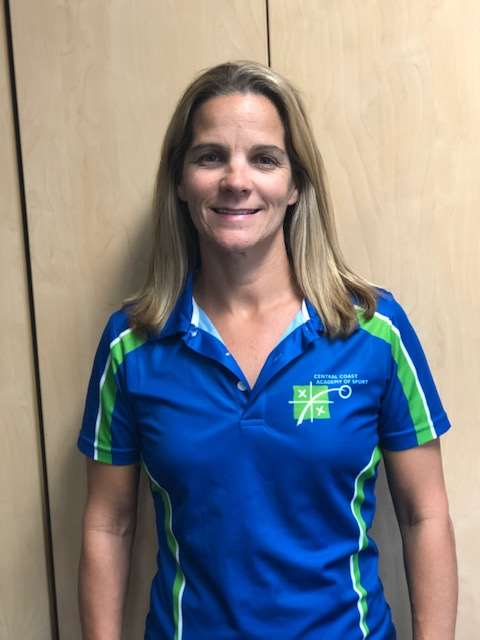 24 years of active competition in the sport of Triathlon and the past eight as a coach places Robyn Low-Hart in an envious position to help instruct the up and coming triathlon talent on the Central Coast.

Robyn is the Head Coach of the Crowne Plaza Terrigal Pacific Triathlon Program. Robyn’s experience is across many disciplines in the sport including; Ironman, Duathlon, Cross Triathlon, Fun Runs, Half Marathons and Mountain Biking.  Robyn gained Australian representation in 2013, 2015, 2017 and 2018 where she was selected to represent Australia at the World Age Group Championships for Triathlon, Duathlon, Cross Triathlon and XTERRA.  Her highest placing was a 15th position during the Cross Triathlon World Championships in 2018 at Lake Crackenback in NSW.  Robyn is a highly qualified coach with a Level 2 Performance Coach qualification in Triathlon, a Certificate 3 and Certificate 4 in Fitness, a Level 1 in Strength and Conditioning, a Diploma in Remedial massage and a Bronze Coaching License in Swimming, all qualifications extremely beneficial as she concentrates on her coaching in the sport of Triathlon.

Robyn has had significant success with her coaching of junior athletes and the CCAS is extremely fortunate to benefit from her commitment to the sport and her athletes.  The sport of Triathlon attracts athletes with a diverse range of skills and ‘talent transfer’ is a critical element of talent identification and advancement up the performance pathway.  Small ‘wins’ like improving a new technical aspect on the bike can make skill advancement proceed quickly  if you are able to sequence the improvement.  For a junior athlete this is a helpful outcome for motivation as the improved performance results are often seen quickly.

In addition to Robyn’s coaching in a regional setting, her skills were seen by Triathlon NSW where she coaches in Emerging Talent Squad and Talent ID camps.  Her involvement with the State Sporting Organisation has an obvious knock on effect for the triathletes of the Central Coast.  In sport the chance to be seen and known is sometimes difficult, however with the Head Coach working with the State Organisation, it is an advantage for athletes wishing to gain higher representative honours.

Robyn has been involved with the CCAS for two years, both in a vocational role as the organisations Programs and Communications Manager as well as the volunteer role as Head Coach to the Triathlon Program.  Her reflection on the CCAS like many others is very insightful:

“The Crowne Plaza Terrigal Pacific Triathlon Program has enabled local athletes to bridge the gap between local racing and has provided a pathway to reach further representation.  The education sessions and the link to local Sports Professionals in a number of different areas is what sets the Academy program apart from other programs.  The support from CCAS over the past 2 years has been invaluable as a coach and the athletes have gained so much information from the program”.

Robyn’s coaching is bound together by a learning environment that is athlete driven, a term she refers to as ‘guided discovery’ a training environment that encourages athletes to work out the best possible solution to situations that often arise in the sport.  Naturally Robyn is available to share her own experiences, but the training focus is for the athlete to firstly try and find the best solution and that decision is augmented by support from the Head Coach.

When looking ahead Robyn makes the following assessment of where Triathlon is heading in the coming years:

“I see the sport changing over the next 10 years with the inclusion of the Mixed Team Relay in the Olympics and with the Super League Triathlon series.  Racing will shift to short, sharp and fast racing with high skill level.  It is very exciting to watch these formats of racing, and it would be so rewarding to see any of the athletes that I coach have the opportunity to be a part of this style of racing”.

When you hear and read of Robyn’s commitment to the sport of triathlon, it is easy to understand why the CCAS Tri Program has grown so quickly in a relatively short period of time.  Congratulations and thanks to Robyn Low-Hart for her support of the CCAS and the many local athletes who even during isolation have benefited from her active involvement in their development.