The 2020/2021 NSW Sprint Distance State Champions have been crowned after challenging conditions at the Port Stephens Tri on the weekend.

The 750m swim was replaced with a 2km sand run after dangerous surf conditions at One Mile Beach. Luckily, the competitors took it in their stride, and made the most of the run/bike/run race to contest the State Champs with fervour.

Meanwhile, Ryan Marsh (QLD) won the men's Sprint race and Mick Chapman was in second. The first NSW member over the line was Joe Sulis of Central Coast TC.

The 24 new State Champions span a number of NSW clubs, but the big hitters in Central Coast TC, Balmoral TC, Warringah TC and T4 Tri Crew Bondi are certainly making their mark, with just 10 days to go until the 2021 Club Championships.

Congratulations to the new State Champions, who are now immortalised in our Hall of Fame. 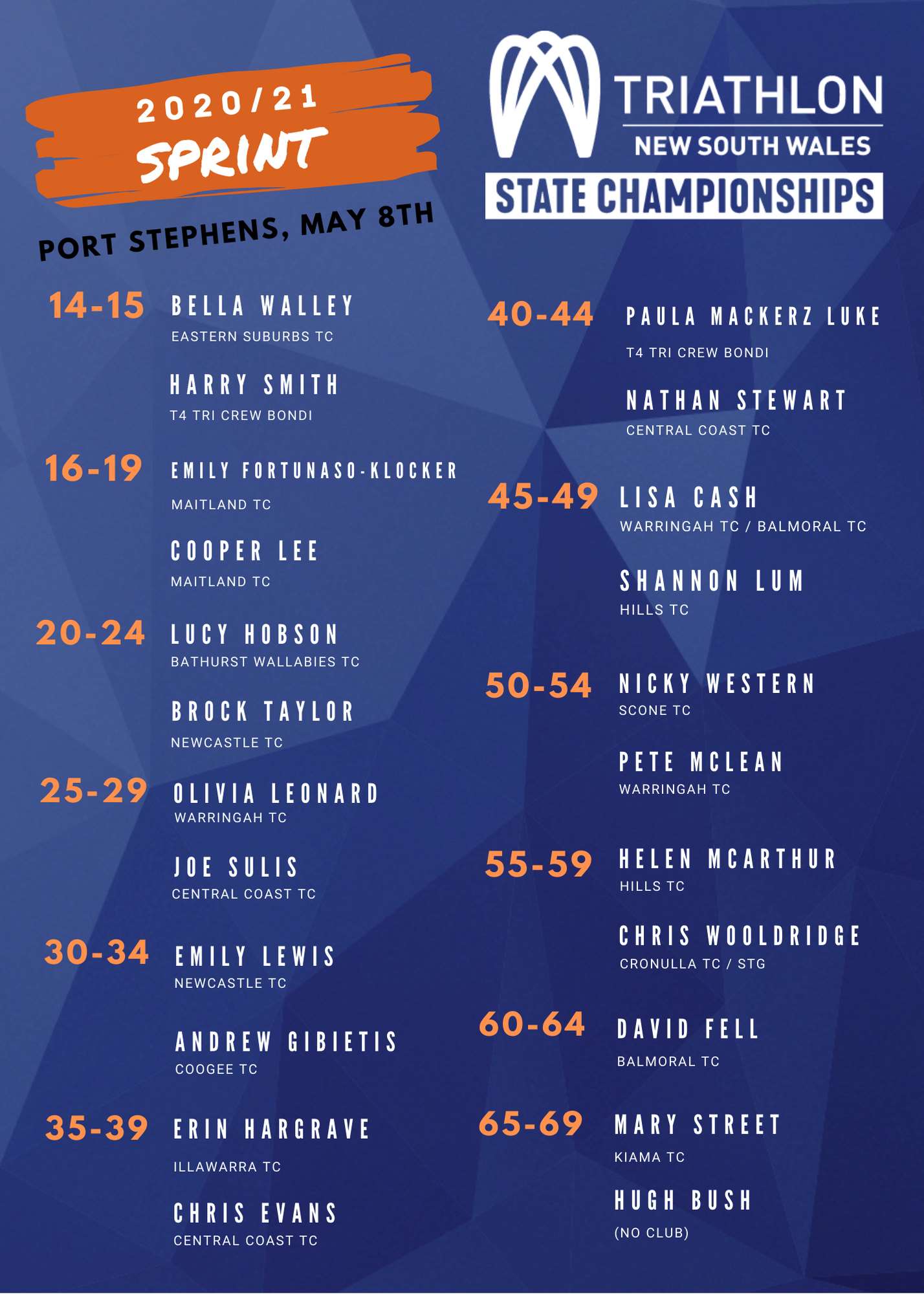