Last year Triathlon NSW in conjunction with their official bike partner 99 Bikes, offered up a Merida Scultura Road Bike to one lucky Junior member who either renewed or joined before 31st August 2021.

Alexander Mackie was the lucky winner of the bike valued at $1200 and in late December, Alex raced his new bike at the Rhys O'Shea Christmas Classic where he took out third place (in his first ever bike race). The 12 year old Hills Triathlon Club member was kind enough to join us for a Q&A on his triathlon journey so far, what's ahead and how his new bike will help him achieve the things he's working towards. 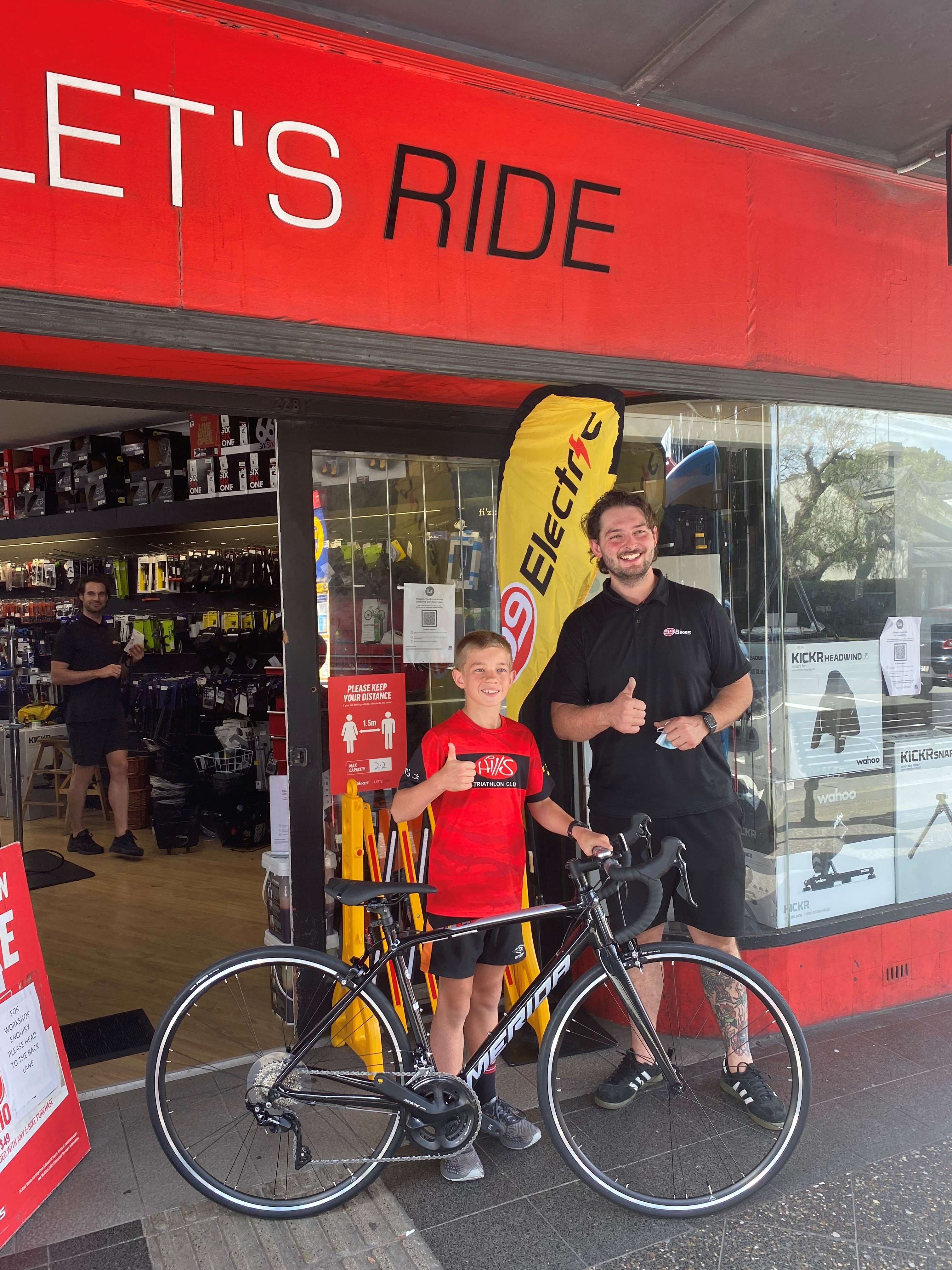 TNSW: Can you tell me about your triathlon journey so far?

ALEX: My older brother was doing some triathlons and it looked fun. The first triathlon I did was IronKids back when I was 7 - I didn't really like the swim but overall, I liked it and wanted to do more races.

ALEX:  My favourite part of triathlon is the feeling of achievement when you finish.

TNSW: What's the best part of being a Hills Triathlon Club member?

ALEX: I really love the prize draws Hills used to do before Covid-19. I won a few prizes and all the kids would hang around excited to see if they would win - I can't wait for the draws to come back soon. Hills is a good fun club with lots of kids to race with.

TNSW: What are your dreams / goals when it comes to triathlon?

ALEX: I want to do some Ironman races when I get older because I like the challenge.

TNSW: How does / will your bike help you achieve your goal of doing Ironman races in the future?

ALEX: My new bike is lighter and it fits me better than my old bike. I hope to do my first triathlon on it as I have already done a bike race with it and it helped me to get 3rd in that.

TNSW: What are you most looking forward to for the rest of the season?

ALEX: I am looking forward to the Club Championships. I really like the bike ride on it and this year I get to do the Junior Super Sprint with the 8km bike ride which will help me get a good position because the ride is my best part of the race.