In 2019, NSW triathlete Garry Maddox became a regular feature of Leichhardt Park Aquatic Centre, and could more often than not be found gliding up and down the lanes for 40-50 laps or more. Any onlooker would think he was in training; and under any other circumstances, he would be. But the daily swimming served a deeper purpose for Garry during that year: it was a meditative release and distraction from his ongoing cancer treatment.

Garry, a senior writer for the Sydney Morning Herald, detailed his harrowing cancer journey in a heartfelt feature article in the Good Weekend last week. To read the original article, click here.

As a longtime member of Balance & UTS Tri Club, based in Sydney's inner west, we caught up with Garry to hear how his club and his commitment to lap swimming saw him through one of the most challenging times of his life.

You’ve been in the sport for seven years now. How did you first discover it and what kept you coming back?

A friend suggested I come along to an early morning running group, which I discovered was the Balance and UTS Tri Club. One morning, everyone was buzzing about a race they'd done on the weekend. It sounded like so much fun so I asked some questions, joined up, bought a basic bike and worked towards a triathlon. I entered the Callala club distance on the south coast on race morning and really enjoyed taking part.

What is the lure of the Age Group World Championships for you? Which race has been your favourite so far?

I've loved everything about the four races I've been lucky enough to do. Even just getting my first worlds tri suit with "AUS" and my name on it in the mail. Then there is the enjoyment of being part of an Australian team, travelling somewhere new to race, supporting friends in their events, making friends from other countries, the buzz of race day and collecting a flag from the ever-enthusiastic age group manager Alex Fehon on the way down the finish chute. Cozumel was the toughest race because it was brutally hot. Chicago and Rotterdam were great, big, buzzy events. But my first worlds in Edmonton was a knockout experience. The two best moments were, after checking in at the top of a hill on race morning, marching down to the start with my wave behind a bagpiper while spectators applauded. Then running down the blue carpet to the finish line, flag in hand, with friends cheering in the stands. 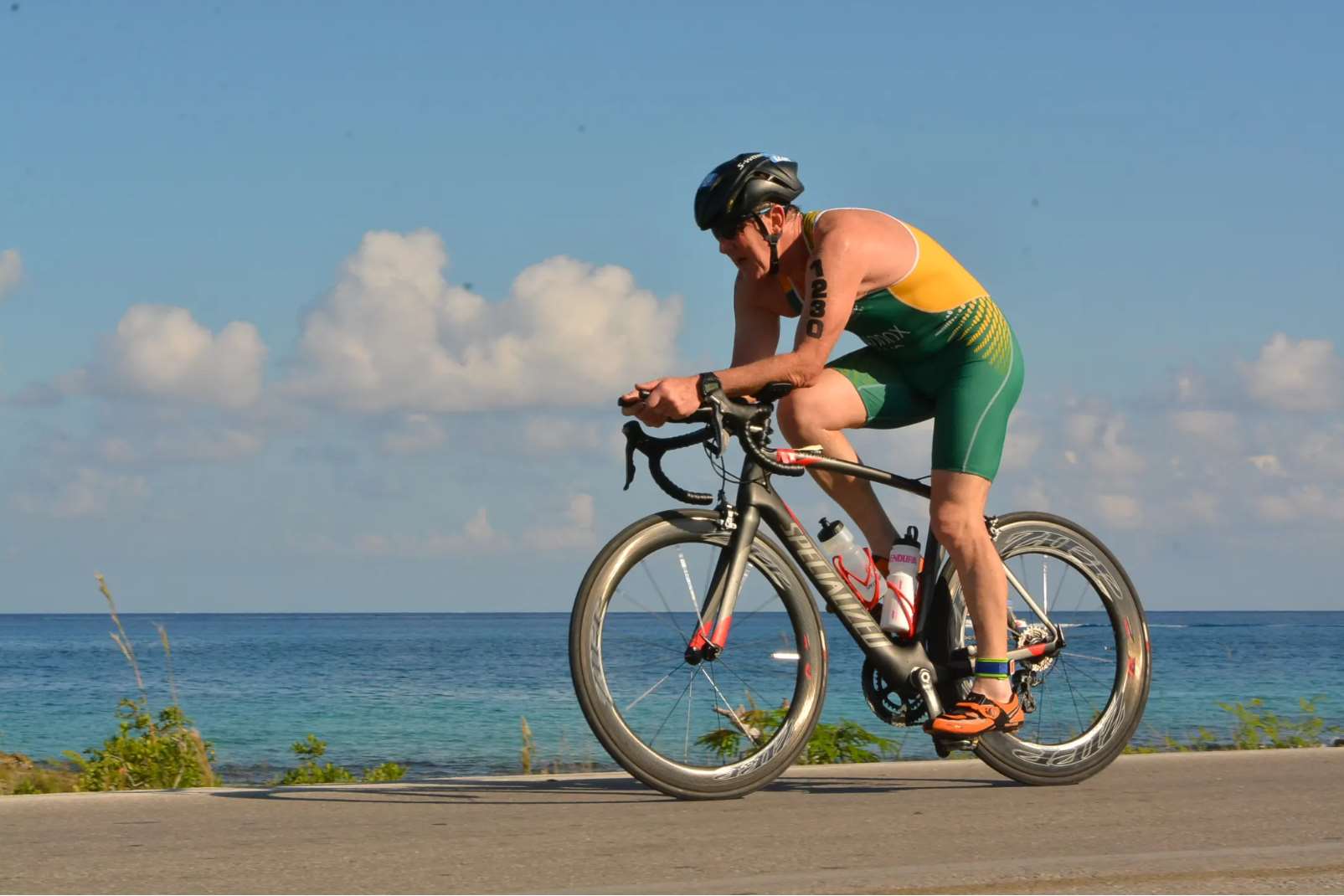 Tell us about your club, Balance & UTS TC. What makes the club unique?

It's made up of the friendliest and most positive people from all sorts of backgrounds. There are some terrific triathletes in the club - age group worlds stars, rising talents and Kona representatives -  but every activity from training sessions to race days, social events, fundraisers for brain injury charity Sidetember and presentation nights are friendly, supportive and include everyone equally regardless of ability, background or experience. And the amount of support when I was diagnosed was so touching. I owe them hugely and expect to be putting up tents, cleaning up race sites and fixing other people's punctures for the rest of my triathlon career. 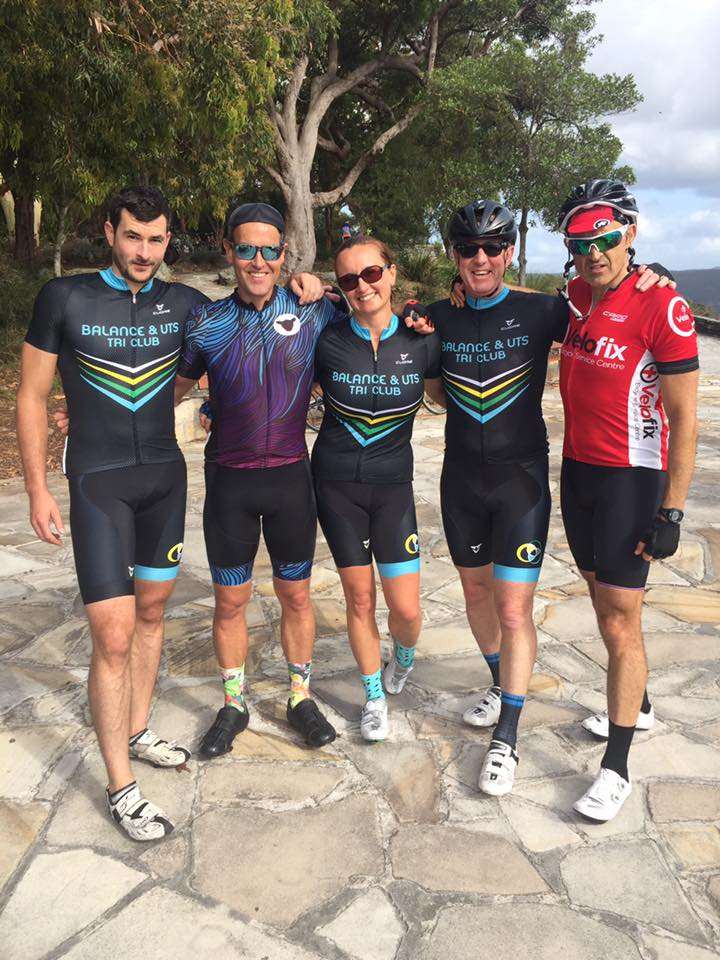 Your article centres on your daily ritual of swimming laps. How do you think a ritual like this helped you to stay mentally & physically healthy during your treatment?

Like so many non-gun triathletes, swimming was my weakest leg. But I found it helped in all sorts of ways. Just being in the water made me feel better after a bad night. The endorphins flowed once I got into a rhythm and my mind settled down ... letting me get away from what I was going through by focusing on an efficient style and clocking up laps. Planning to improve gave me something to aim towards. Every Thursday, I'd meet Krista, a great club member and friend, and see how far I could swim at an easy, low heartrate pace. Breakfast at the pool cafe afterwards was terrific for the spirits. I had so many offers from club mates to catch up for a swim and coffee that I still felt included in the club even at my lowest points. So there was a social side too. Swimming used to feel like hard work but, when I wasn't well enough to do anything else, I came to love it.

With triathlon training and racing requiring often substantial time in the sun, what advice would you suggest for athletes to minimise their risk?

More than 1700 people are estimated to have died from melanoma in Australia last year - more than four a day - so take precautions. Wear sunscreen, a hat and a shirt whenever possible. I generally train in the early morning or evening but If the only time I can swim is during the day, I'll wear a rash vest and figure the extra resistance adds to the effort. Get your skin checked regularly. I took so many precautions, as the story notes, that I was vitamin D deficient when diagnosed with melanoma but the damage had been done years or maybe even decades earlier.

Will we be seeing you at World Champs in Bermuda next year?

I am really hoping so. 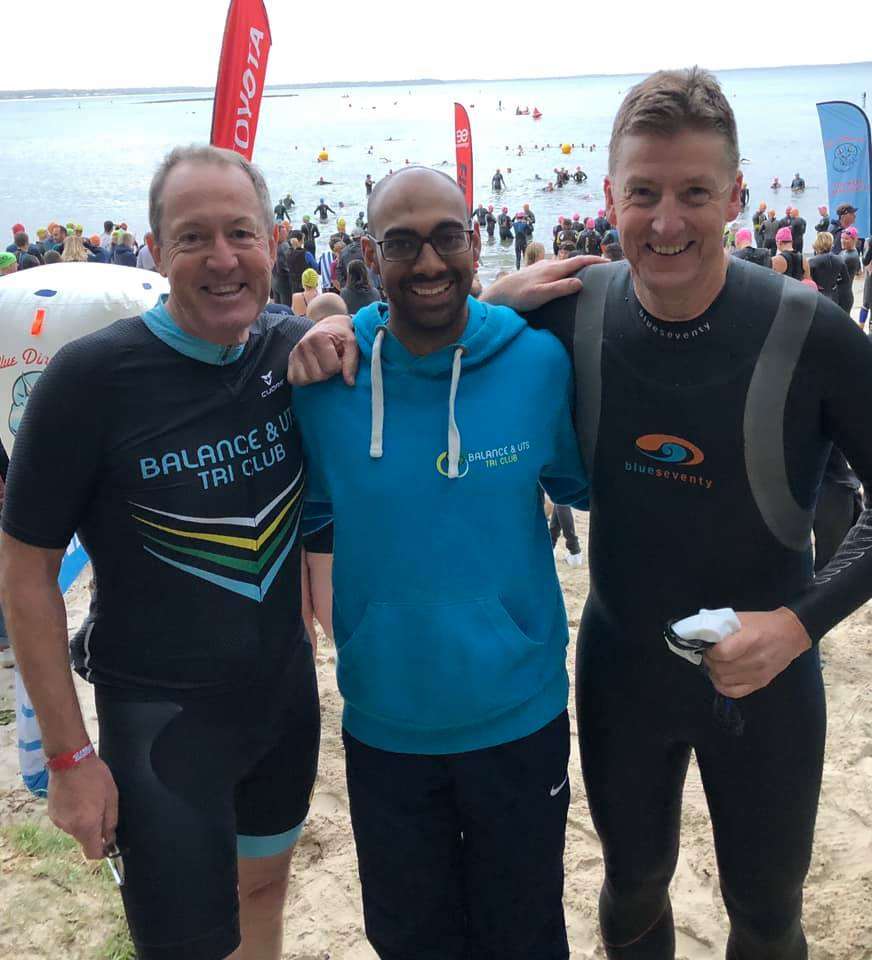 Thank you Garry for sharing your story with us, and best of luck with your return to training and racing.