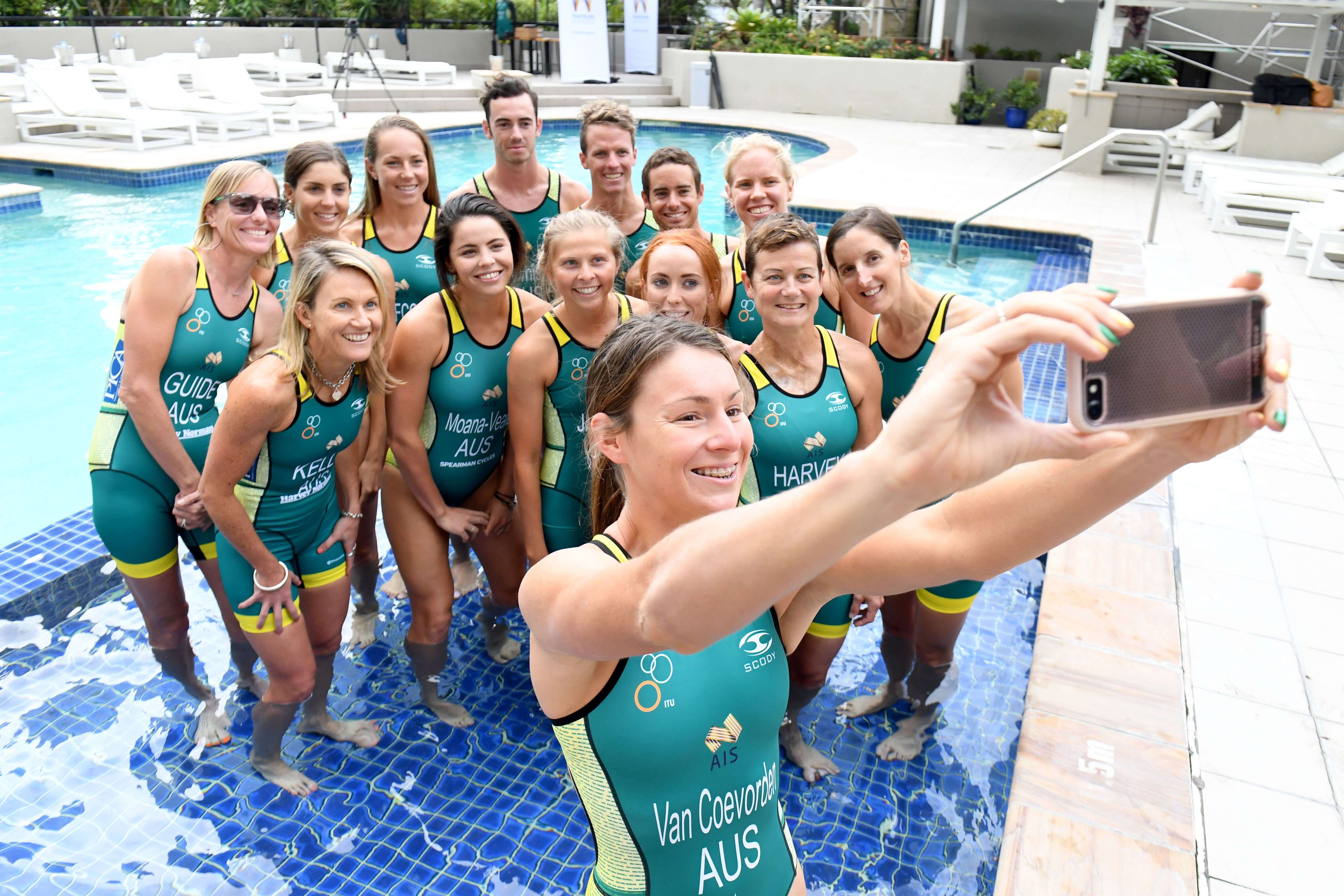 Triathlon Australia holds a special place in the annals of the sport around the world – a country that has played such a huge part in developing triathlon in its journey from suburban beachside streets to Olympic cities Sydney, Athens, Beijing, London, Rio and now Tokyo.

A sport that started out with boys wearing a pair of swimming trunks and the girls a one-piece swimsuit.

From our first World Champions Greg Welch, Miles Stewart and Michellie Jones to our reigning champions like Paralympic golden girl Katie Kelly and Paralympic Cross Tri world champion Justin Godfrey, triathlon now ticks every box in the world of multi-sport for all distances and all ages.

Streamlined hi-tech Scody one piece race suits made to swim, bike and run and designed to accommodate the rigors of one of the largest growing sports in the world.

To celebrate Australia’s proud triathlon history, Triathlon Australia in conjunction with its official suit manufacturer Scody has today unveiled what is believed to be a first in Australian sport - the latest competition suit that has the names of every Australian Elite World, Olympic and Commonwealth Games champion – across all disciplines – printed into the material of the suit.

It is also fitting today’s launch featured members of the Australian teams who will debut the suits in Saturday’s WTS and WPS races on the Gold Coast – which will also act as the first selection races for the 2018 Commonwealth Games.

Attending today’s launch were two of the legends of Triathlon in Australia whose names figure prominently on the suits – Olympic and three-time world champion Emma Snowsill and Olympic silver medallist and two-time ITU World Champion Michellie Jones – who will again act as Paralympic gold medallist Katie Kelly’s Guide on Saturday.

“There is something so special about wearing the green and gold, there are only a rare few people that get to do that, so every time you do it’s something to be proud of,” said Emma Frodeno.

I’m just so proud to still be racing for Australia and being a guide to Katie Kelly, helping her dreams come true. We have such a rich history in this sport and for it to be displayed on our uniforms is really special,” said Michellie Jones.

The design features traditional Australia colours and the names run together as a horizontal design element and from a distance represent Triathlon Australia as a whole but up close are recognisable as individual achievements.

By using traditional colours it reinforces the link with tradition and the past.

“Triathlon Australia wanted a fresh start – a new Olympic quadrennium, with new athletes, a new High Performance team – a perfect time to reflect on its brand and the meaning of our logo,” said Triathlon’s CEO and former two-time world champion Miles Stewart (who also features on the suit).

“They are designed to reflect the proud history of our country in this sport while also reflecting on a new era and resurgence as a dominant country.
“It had to be traditional yet modern design  – adding a touch of ‘bling’ instead of yellow – so we thought let’s make it gold.

“The end products are new suits that are very special indeed – collectors items that will change every year depending on how many new champions we crown.”

SCODY interpreted the brief as a design that would:

The finished product is inclusive and represents all triathlon disciplines and categories at an elite level in a design that:

-       Reflects achievement and winning and recognises the individuals who have contributed to Triathlon Australia.
-       Stimulates current and future athletes to draw on past achievements as inspiration for future achievements.
-       Lets current athletes reflect on their role in creating history.
-       Can be kept up to date with new achievements.

“The suit recognizes the role our past champions have played in creating the sport as it is today and provides our current athletes with a symbol of support from past champions,” said Scody National Account Manager Simon Davies.

“When our current athletes wear the suit we hope they will reflect on a proud tradition that they are now responsible for perpetuating.”