Of course, the Tweed Valley Triathlon Club is not new to the Triathlon landscape and family, with a history dating back to the clubs formation in 1991.

The club aims to encourage and promote the sport of triathlon in the local community.  In particular its aim is to provide fun and fitness activities for people of all ages especially the youth of Murwillumbah and its surrounds.  The club aims to run safe and enjoyable events that foster the importance of physical exercise in maintaining a balanced lifestyle.

TVTC runs the largest quantity of club events out of all clubs across the country – 24 throughout the season! Being a member of Tweed Valley Triathletes affords an opportunity compete every week in season. It keeps their members accountable, fit and healthy in body and mind.  And with their unique handicapping system it gives all their members a chance of success.

The depth and range of competitors is fantastic and with the junior events it really encourages a very family orientated club - The young look up to the old and the old try to stay in front of the young!

Despite opting out in Year 1, the committee made the decision to join the North Coast Interclub Series, and are proud to now be known as the ‘Volcanoes’. This decision was made because, in the words of Brendan Murray (Club Coach) ‘The club has always encouraged members to participate in events outside of local club events, and it provides coaching for those who want it. We see Triathlon NSW’s Interclub Series as just another way to represent in our region.'

Chris Goudkamp, Club President, adds ‘as a club who races a lot at home our athletes are consistently fit and competitive. Many don’t realise it! So we are trying to encourage members to try their hand at bigger events in hope that it boosts their triathlon experience and also promotes what a great club we are.

Chris Goudkamp (pictured below, showing some leg on the run), remains the backbone of Tweed Valley Triathletes. Still competing. Still the one the club has to thank every week for the opportunity to race. And he puts ‘his money where his mouth is’, and recently completed his 400th Tweed Valley TC races. 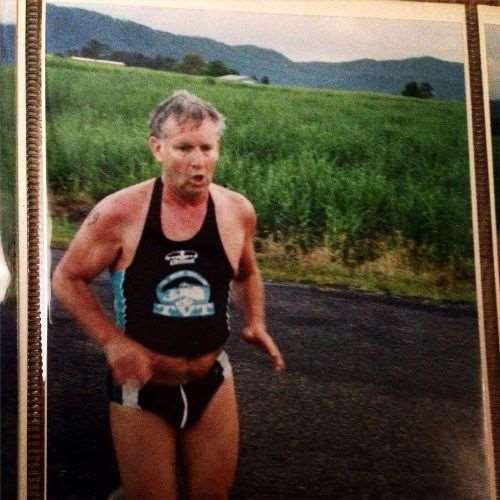 The club is most looking forward to Kingscliff Triathlon because it’s close home and an event most of their members can relate to.  For years, their members have competed and volunteered in the “Kingy” Triathlons.

The North Coast Interclub Series features 6 rounds, including NX Sports races from up and down the North Coast on NSW. It culminates in a ‘Double Points’ round at the Triathlon NSW Club Champs, which the state association recently announced, would be held in Forster in May 2020

The first North Coast Interclub Series was a close fought affair, with only 0.5 points separate the eventual winners Coffs Harbour Triathlon Club, from second placed, and the new kids on the block, Hat Head Triathlon Club. Based on last year, it might all come down to the final event at Forster! 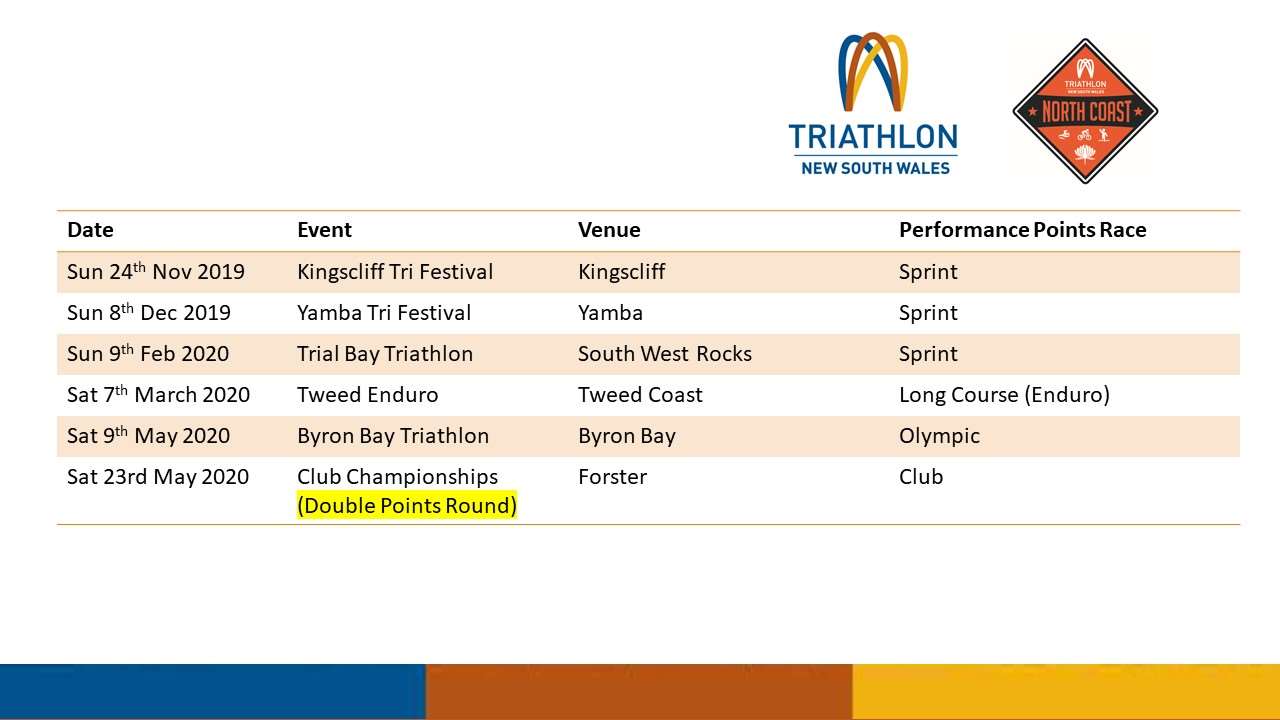 In terms of athletes to look out for from the Volcanoes, they have had a string of athletes on the podium at Tempta Events so would love to see them step up to the Sprint Distance in the future. The club has a number of up and coming juniors now eligible to race Sprint Distance, Xane Bowen  and Jet Tunsted. These two juniors are constantly improving and are two to keep an eye on. Jeanette Annett Marine Buckley, Brendan Murray and  Matt Lamont were on the podium at the last version of Kingy in Sprint and Olympic so the club will be looking for some performance points from them. And don’t ever write off Chris Goudkamp. He is coming back to racing Kingy where he has won his age group before.

For more info on the club: http://tweedvalleytri.com.au/

Round 1 is the Kingscliff Triathlon, being held by our Race Director Partner, NXSports. Rego’s are still open: https://www.kingsclifftri.com.au/