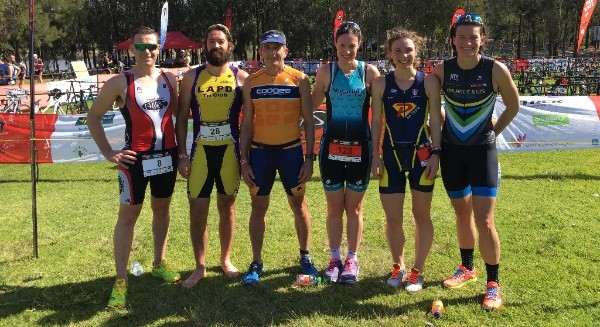 It’s been a wonderful first half of the 2016/17 triathlon season, and to launch the first triathlon event in New South Wales in 2017, the clubs in the Western Sydney region have come together to produce the inaugural West Metro Race, which will take place on the 7th of January.

For an entry fee of just $40 for adults and $10 for juniors, and a distance of a 1km swim, 33km bike ride and 8km run, the West Metro is one of the best value races in all of NSW and one that should not be missed.

The electronically timed event is sure to be a raging success, however it would not have got off the ground if it weren’t for the productive collaboration and combined efforts of all of the clubs in the Western Sydney region.

“All clubs were invited to a meeting by Triathlon NSW a few months ago and it was there that we discussed ways to collectively work together to leverage value for our members,” Hills Tri Club President Tommy Morwood said.

“All clubs put on their own smaller races so we thought why not work together and put on one huge race! We were all super keen to work with each other to further the sport of triathlon in the community.

“West Metro region has a great mix of clubs; some with 400 plus members and smaller ones with less than 20, so we needed to ensure that the work for the race was split appropriately. By working together, sharing volunteer roles and encouraging our collective 1000 members to race it, we have been able to set up a club distance event (1k swim / 33k bike / 8k run) at a fraction of the cost that the triathlon event companies can do it. To be able to do a quality club distance event for only $40 is a huge win for triathletes.

“We aren’t looking to make any money from the event, we want it to be all about club member value. Volunteers get to race for free, and anyone who volunteers and doesn’t race (e.g aid station attendants) we will hook up with movie passes as a thank you.”

Morwood and the Presidents of the other clubs in the Western Sydney region aim to make the West Metro an annual event, making it an exciting prelude to the NSW Club Championships.

“Absolutely, that’s our aim!” Morwood enthused. ““Everyone is pretty excited about the new Club Champs course in Orange, in fact that’s why we chose to incorporate a club distance - as a “warm up” for the Club Champs.

“This will be a perfect chance for people to come and try a club distance event in a safe, supportive and friendly race environment. But those top guns out there should also get excited – there’s plenty of Sydney's fastest triathletes that will be there to push those boys and girls who want to go flat out!

“We’ve got the race capped at 600: 100 juniors will race first, then up to 500 adults will go after. This allows parents to watch kids race, help out as a volunteer, then race themselves.

"We decided to open the race up to ALL triathletes, not just West Metro members, so hopefully we see lots of people come out and race and share the experience for a great price!”