The NSW Women’s Triathlon Events have been in full swing, and we love hearing reports of first-timers, returning triathletes and juniors lining up to try multisport at these fun, friendly club events.

Last week Balance & UTS Tri Club welcomed over 40 women to their first ever ‘PINK Aquathon’ at Drummoyne Aquatic Centre. It was a lively and friendly atmosphere at the event, which began with a Q&A with club swim coach Jocie Evison and ended with some drinks and snacks in a neighboring park, plus the all-important kids egg & spoon race. Awards were given for Best Dressed Girl, “MINK” (Male in Pink) and Most Enthusiastic over the whole event.

Committee member and event organizer Shelley Casey said, “Everyone showed up with a smile and a can-do-attitude, it was so much fun! We are looking forward to making this an annual event on the Balance calendar.” 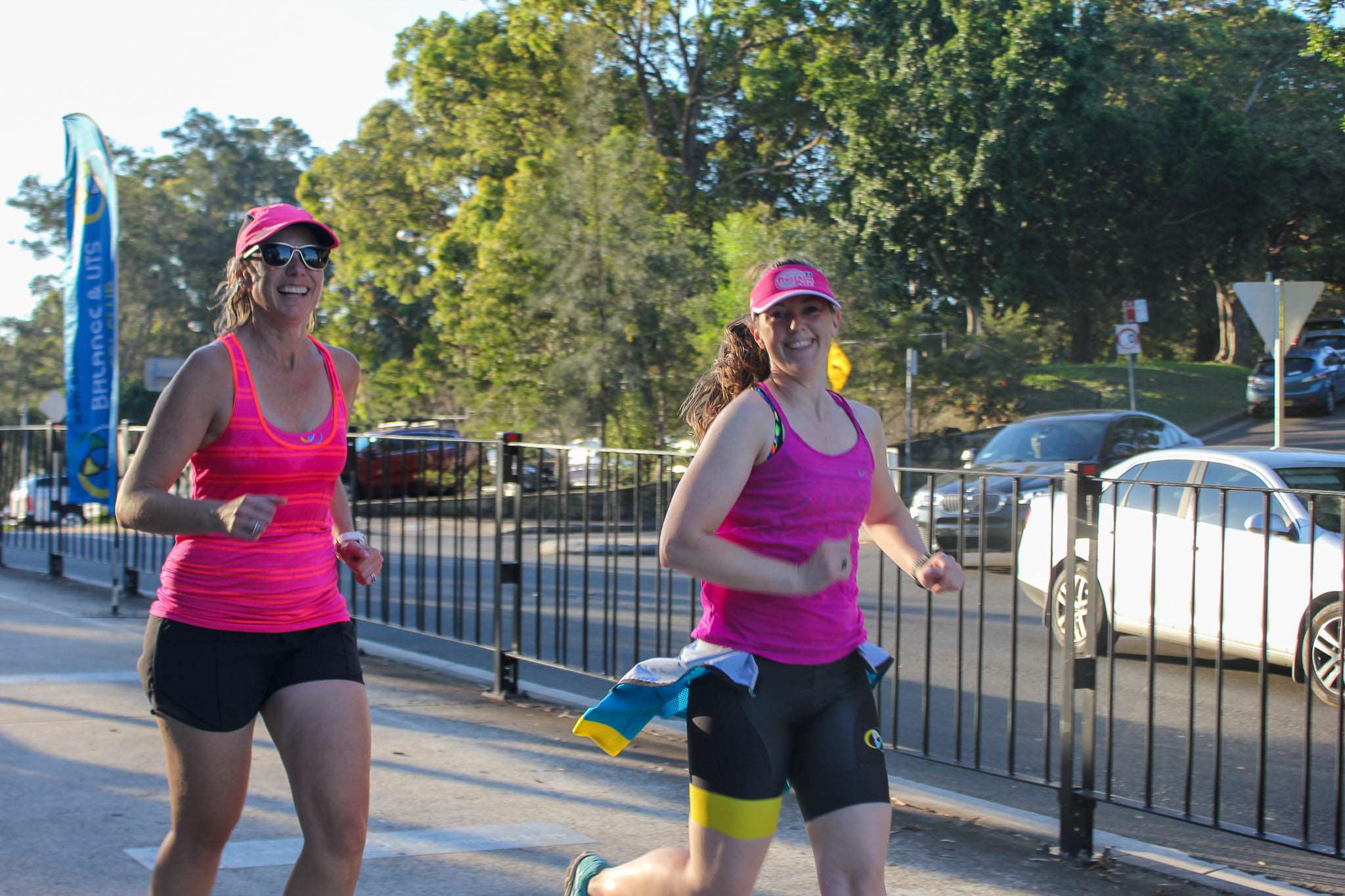 Last weekend, over 60 women braved the extreme heat in Sydney to take on the Bondi Running & Triathlon Club’s Women’s Tri at Heffron Park. Starting with a pool swim and a closed circuit cycle, the course was perfect for beginners who took on both the sprint and enticer distance races. The event closed with a presentation from elite triathlete Lotte Wilms, who shared some stories from her exciting sporting career.

BRATs Women's Ambassador, Holly Jonas, did a great job organising the event, and is keen to continue women's events in the future: "The Bondi Running and Triathlon Club was incredibly proud to host its first women's only triathlon on Sunday. We held a beginners event and had over 60 female athletes compete in a sprint or enticer distance in extremely challenging conditions. Despite the conditions, our BRAT Women and friends gave it their all and showed their resilience and determination every step of the way. We're incredibly proud of the women who participated and we look forward to hosting many more women's events in the future and introducing more females to the sport of triathlon." 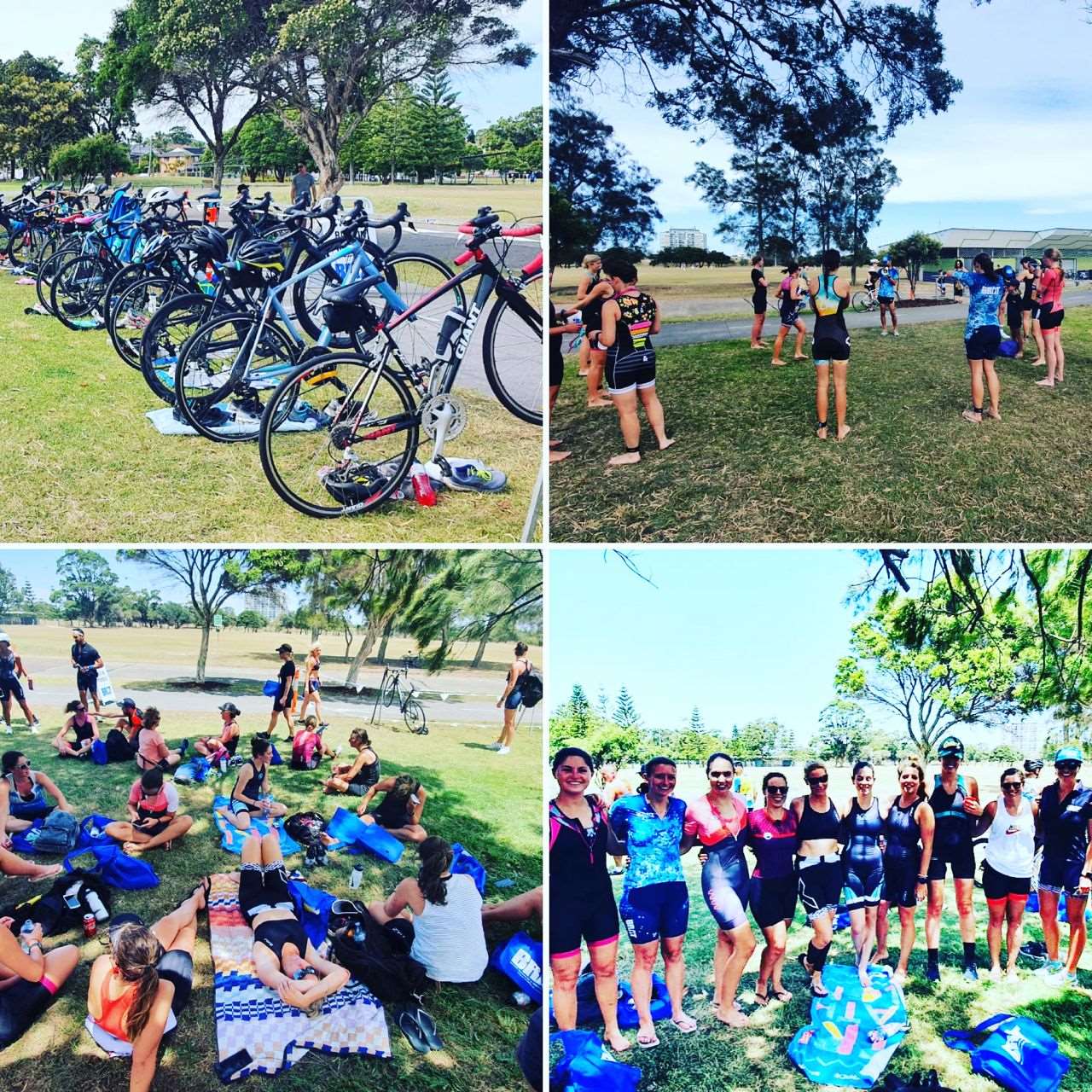 Earlier in November, Clarence Valley Tri Club also had their first Women’s Tri, and sent us this awesome event report:

24 women lined up in beautiful conditions on Sunday morning bright and early for the Clarence Valley Triathlon Club Women's Tri Event. Numbers were equally divided between the long (500m, 15k, 5k) course and the shorter option (250m, 10k, 3k) With only one team starting most were out for an individual effort. 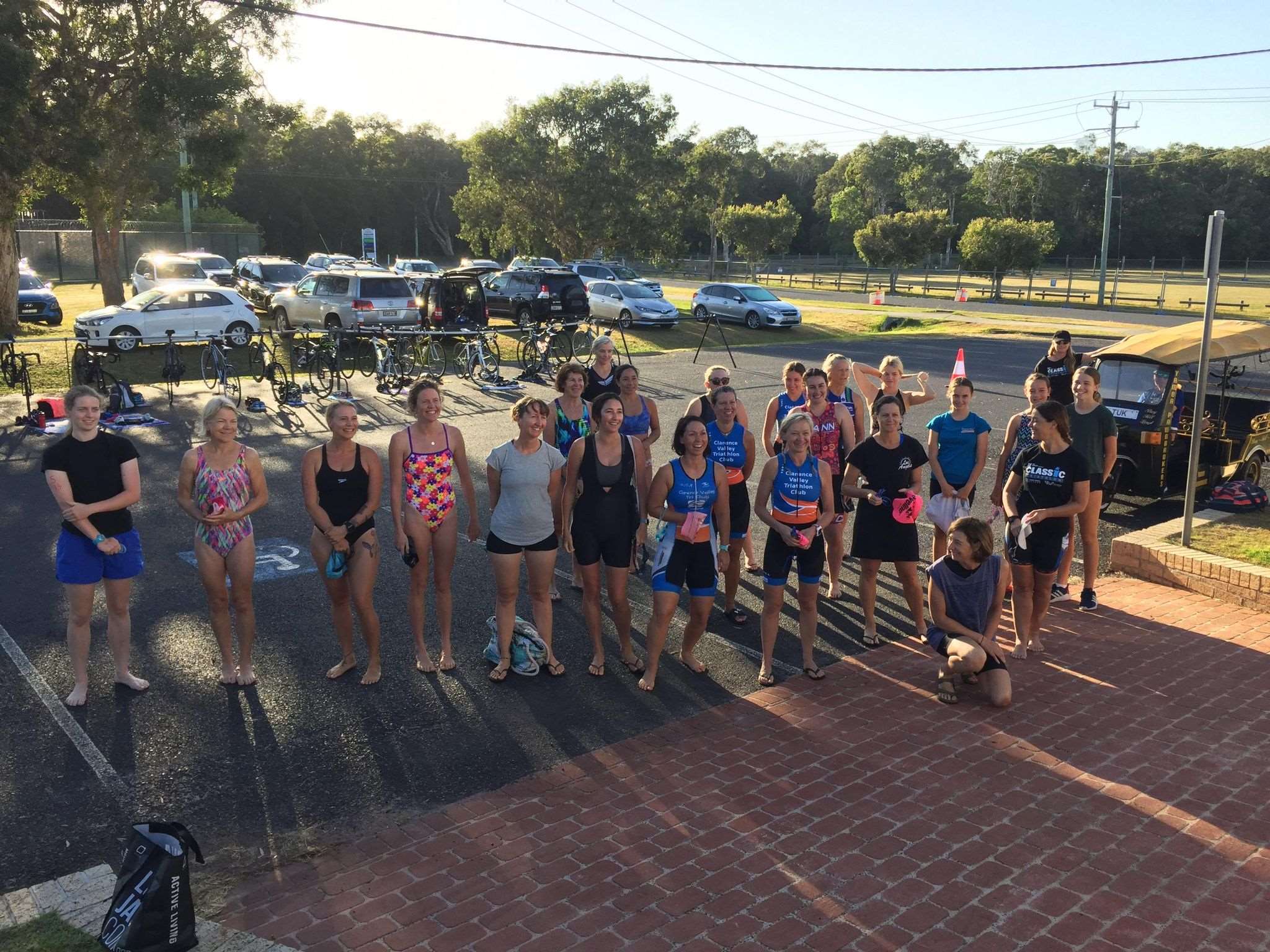 Ages and abilities covered the whole range:- the barely teenagers who formed a team, to the new mums, to those with life experience;  the raw beginners, those who have dabbled in tri’s in the past, some who emerged from retirement for the event, to the current active club members.

The fun kicked off with a pool swim followed by one-way laps of a nice flat bike circuit. Long course women were first starters in the pool which meant everyone was out on the bike course together. Little encouragement was needed to ensure everyone was smiling on the bike. Several of the male club members were on course to ensure safety and assist if needed.

By the time the run started it was getting warm but with a 1k out and back there was plenty of encouragement to keep people going and to ensure everyone finished and achieved their aim for the day.

The work over it was time for some recovery fruit and a dip in the pool.  This was an opportunity for questions and an informal chat about club membership and triathlon in general. Several ladies enquired regarding joining our club and it seems most participants will be involved in the upcoming Yamba Triathlon. The morning was finished off with a random prize draw courtesy of our club sponsors and the distribution of coffee vouchers.

A big thanks to the male club members who turned up to volunteer and helped set up and organize.

The event atmosphere was one of camaraderie and post event vibe was bubbly with exercise endorphins. 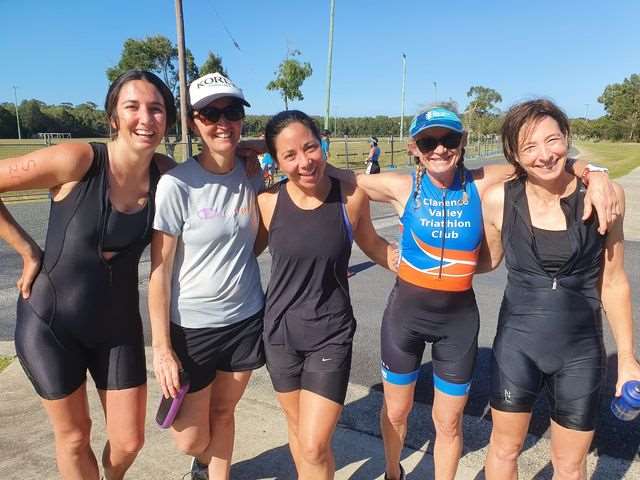 Click here to see the remaining Women's Events in NSW this month.