The schedule includes races to be held in every state over the next 12 months.

The National Calendar is open to athletes of all levels, with the races set to showcase some of the best triathlon events the sport has to offer. If you are interested in qualifying for any of the Age Group teams you must be a member and membership can be applied for here.

There have been some significant changes in the Australian Youth and Junior Series for next generation of Olympians and world champions.

Craig Redman, Australia’s National Manager, High Performance Pathway’s says, “The Australian talent pathway series will see the addition of an Under 23 age category and changes to the age category for youth and juniors.”

“The 2017 Australian Youth, Junior and Under 23 Triathlon Series will allow athletes to compete against the best talent from around Australia, racing for points to determine the point score champion. For the first time in many years the 2017 Australian Youth and Junior Championships will be conducted in Perth, Western Australia.” 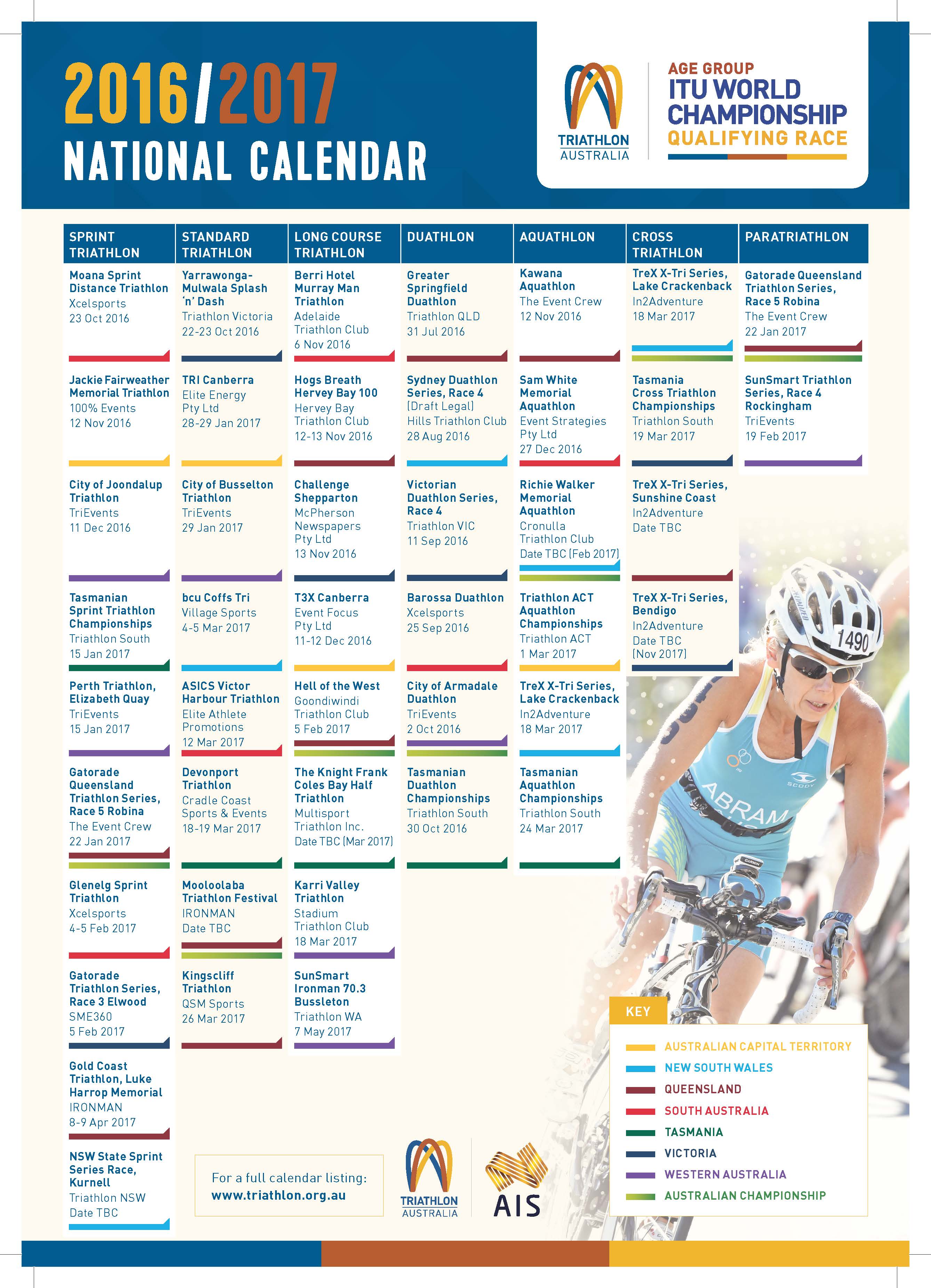