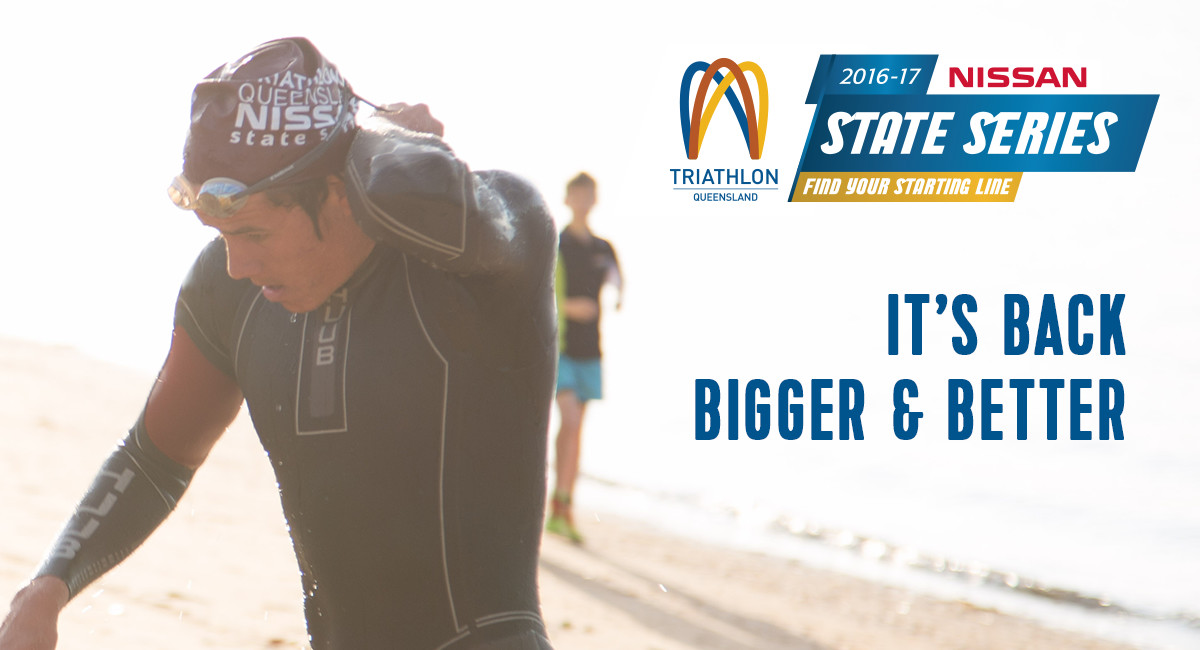 The Nissan State Series is back – bigger and better than ever, handpicked for your best season yet.

The series now incorporates thirteen challenging and diverse events right across Queensland and among them six Queensland Championships for age groupers. The Nissan State Series will kick off in July with the Greater Springfield Duathlon and TriPort Triathlon Festival.

With events in Queensland’s most unique locations, let the Nissan State Series take you to Hell andBack aka Goondiwindi - Hell of the West, north via the stunning Wide Bay and Capricorn Coast to Queensland’s tropics, Townsville & Port Douglas and south across the border for the iconic Kingscliff Triathlon. This is the destination triathlon series of your dreams.

As the only Championship triathlon series in Queensland, including all six multisport disciplines –Long Distance, Standard and Sprint Distance, Aquathlon, Duathlon and Cross Triathlon – it is the ultimate challenge for the multisport athlete and a true testament of all round performance, versatility and endurance across the season.

Triathlon Queensland Executive Director, Tim Harradine said As the guardians of triathlon in Queensland, we are focussed on enabling opportunities for every Queenslander to be involved in triathlon, from participation to performance and we believe the Nissan State Series provides this opportunity. The series is rewarding for both high performance age groupers and also presents a unique challenge for the beginner and every day triathlete with plenty of variety to keep things interesting. Set yourself a goal this season and track your progress across the series.

Titles up for Grabs

Nissan State Series U/16 Triathlete of the Year (Male/Female)

Race in the Nissan State Series events and compete for points. Points are awarded to the top ten finishers in each Age Group category for both males and females. Build up your points throughout the season for your chance to take out one of the coveted Nissan State Series Titles. Hot tip: Queensland Championship races are worth extra points and are critical to take out the Title!

To find out more about the series visit stateseries.com.au