The 2016 ITU World Championships Cozumel will welcome 5,000 participants from all over the world for a week of multisport racing and festivities. The Island of Cozumel has played host to ITU World Cup events for 3 years running and has been selected for the third time to organise the ITU Grand Final and Age Group World Championships from the 11th – 18th September.

Held alongside Elite World Championships, the Age Group World Championships provide the opportunity for Australian Age Group athletes to represent their country after qualifying to be selected on Team Australia, by racing for points over the season at events included on Triathlon Australia’s National Calendar.

Australia will send a team of 214 athletes to Mexico to compete in the Aquathlon, Sprint and Standard Distance 2016 ITU Age Group World Championships, 51 of which are Queensland Age Group athletes.

Four Queensland athletes; Penny Hearn, Barry Meek, Maddie Morton and Clive Tucker will cover 3.25kms in the ocean, 60km on the bike and rack up 20km of running over their World Championships campaign over all three events at Cozumel including the Aquathlon, Sprint triathlon and Standard triathlon.

Tomorrow, 53 athletes will represent Team Australia in the 2016 ITU Aquathlon Age Group World Championships. Age Group racing will start at 8:40am following the elite, U23, junior athletes and paratriathletes. 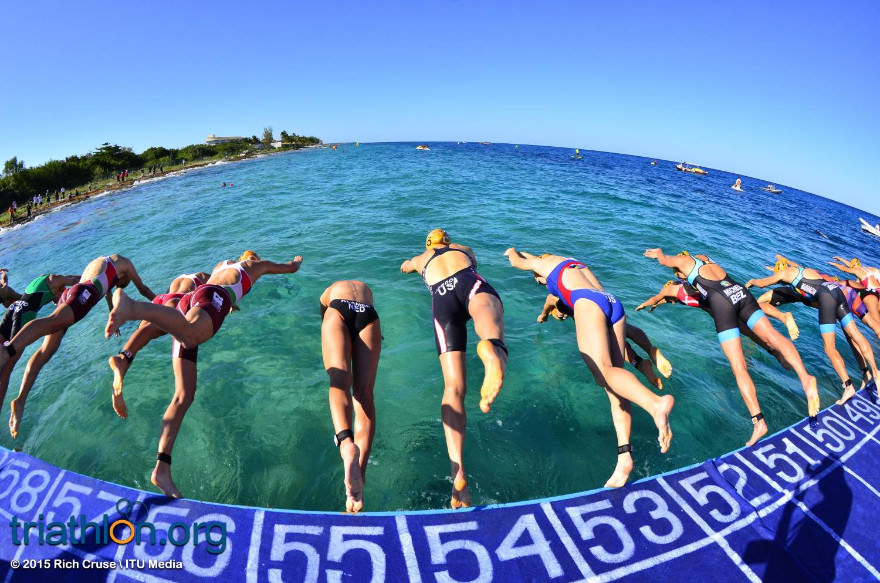 The course
Cozumel’s Aquathlon course consists of one 2.5km run loop on the FONATUR marina/triathlon park, 1km swim in the calm, crystal clear waters of the Marina Sea and another run lap around a 2.5km loop. The course is flat with a paved surface, will have full road closures and excellent conditions forecasted. Age Group athletes will race on the same course and cross the same finish line as the world’s best, elite athletes.

Queensland’s Ana Oertel will be among the 53 lining up on Cozumel’s stunning beach, racing in the 50-54 Age Group and looking to match or improve on her 5th place at the 2015 Chicago ITU Aquathlon World Championships. Awarded the 2015-16 Triathlon Queensland Age Group Athlete of the Year, Ana will build on strong performances in the 2015-16 season to bring it home at Cozumel.

Goodluck to all Queensland athletes racing as part of the 2016 Age Group Team for Aquathlon: