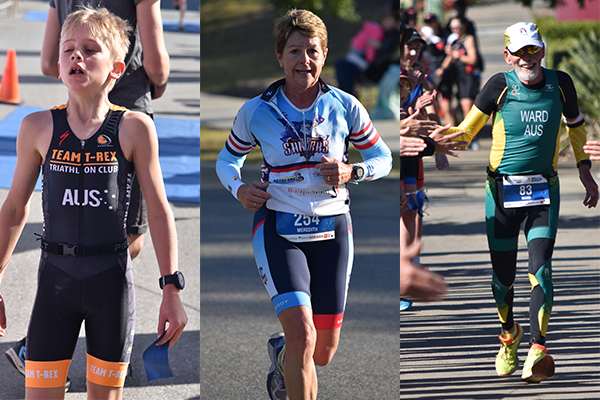 Greater Springfield Duathlon provided a real test for athletes this year with temperatures dropping to around 3 degrees, just in time for race start.

The sun warmed things up as we settled into a fantastic morning of racing, as over 500 people vied for Championship honours in both the Sprint and Standard distance Duathlon.

There were many highlights throughout the day, as many completed their first event for the new season. However it was our returning athletes who put on a show.

Briarna Silk (Red Dog Triathlon Training) won female line honours in the standard distance for the fourth year in a row, showing she is in form ahead of the World Championships at the Gold Coast in September.

The mens sprint was a battle between Luke Harvey (Sharks Triathlon Club), Dean Cane (Energy Lab Triathlon), Keegan Jenkins (Vision Tri Club) and David Pinto (DR Triathlon Coaching) but it was Harvey who took an edge over Cane after he had a shoe mishap. Harvey overtook Cane through T2 and never looked back, taking the 18-19 sprint Gold ahead of Cane & Jenkins. Pinto went on to win the 20-24 age group.

Cane and Harvey may have thought their race day was over, but were called in to support the mini kids, leading them out on the run. The mini champs were all presented finisher ribbons by the two junior champs.

Rowland Cook (Atlas Multisports) jumped straight off the plane from Denmark on Saturday (after competing in four events at the World Multisport Championships) and went home with a silver medal behind Ron Smith (Noosa Tri Club).

Perhaps the highlight of the day and a real testament to our tri comunity was the crowd support for our oldest competitor on course. 84yo Jolyon Ward races at the Duathlon every year and this year, completed his race through a guard of honour, which was a great moment for everyone at the event.

Triathlon Queensland would like to thank Springfield City Group, Ipswich City Council, Nissan, Sqwincher and Maurice Blackburn for their support of the event.