A Sea of Maroon Descends on the Nation’s Capital

A Sea of Maroon Descends on the Nation’s Capital 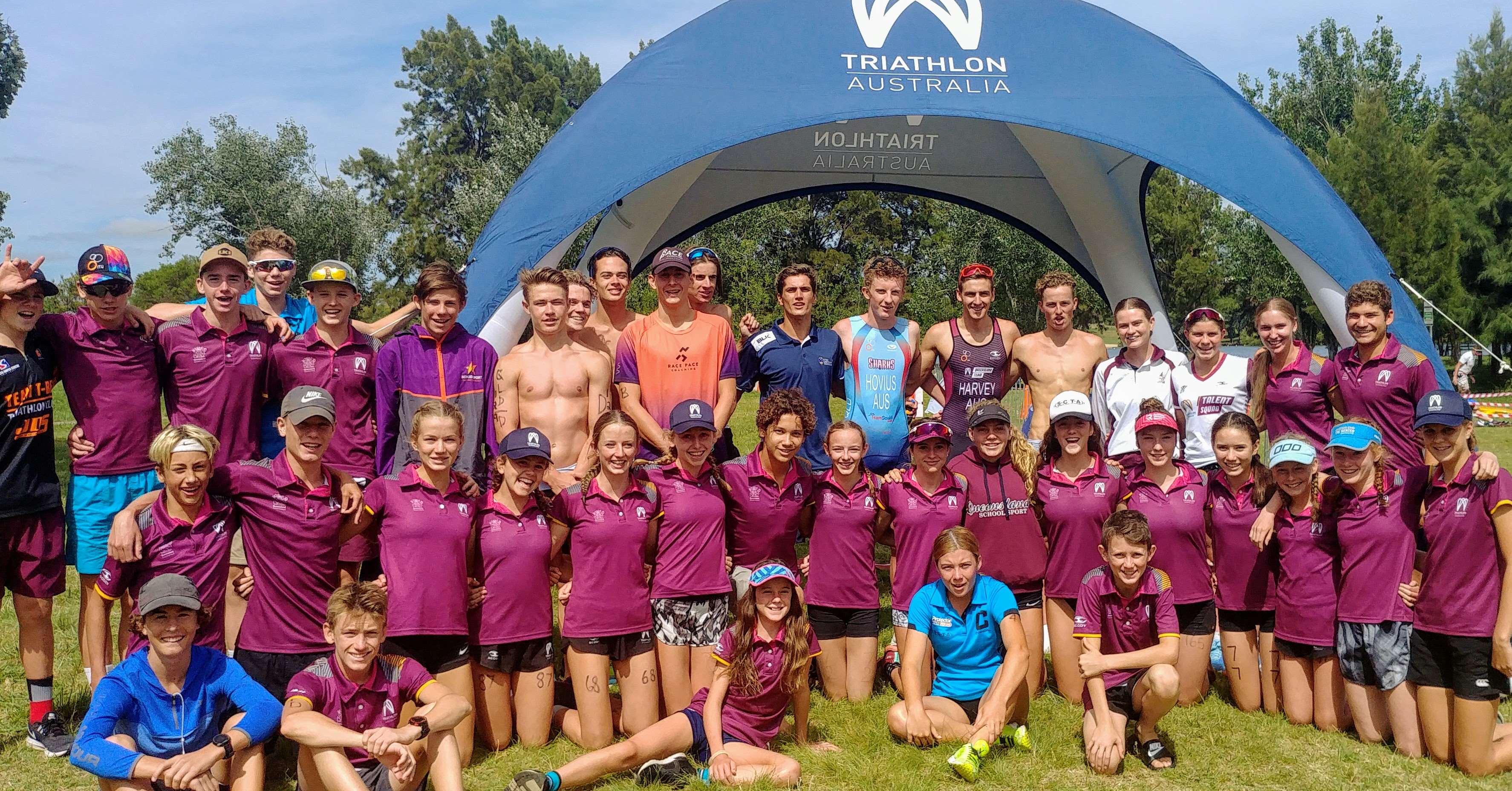 Team Queensland showed up in force and dominated The Capital Trilogy Triathlon in the Nation’s Capital over the weekend.  Queensland athletes swept the Mixed Team Relay podium, and solidified positioning in the Australian Youth and Junior, U23 Triathlon series.

Round two of the AJTYS saw Lachlan Jones (Bond University Triathlon Club) and Luke Harvey (Sharks Triathlon Club) maintain form as they took a win each in the back to back super sprint format, but it was Harvey who edged out Jones and Josh Ferris (NSW) to take the overall win in the Junior males.

Luke Harvey (Sharks Triathlon Club) said of the race, “I couldn’t have asked for a better weekend of racing.”

The race was on in the Junior Female category as well, with New Zealander Brea Roddick and Charlotte Derbyshire (SA) delighting the crowd with a sprint finish in race one, with Emily Jamgotchian (NSW) claiming third. Strategies played a part as the temperature soared, Jamgotchian executed a flawless second race to take the line honours from 16-19 World Champion Chloe McLennan (QLD) in second.

Four seconds separated the Youth A girls, but it was Tara Sosinski (Surfers Paradise Triathlon Club) who won the double, executing two perfect races.  Sosinski is now firmly planted at the top of the leader board for the series with one race remaining in the series at Devonport.

It was Queensland verse Queensland in the Youth A Males as Harrison King (Bmee Multisport Inc) and Toby Powers (Hervey Bay Triathlon Club) were split by only four seconds.

Harrison King (Bmee Multisport Inc) said about the event, “I was stoked to have taken out the win at round two of the AJTS.”

In the Youth B division, Queenslander Peyton Craig (Sunshine Coast Triathlon Academy) displayed his potential; crossing the line first in both Youth B races, ensuring his win in the Youth B male category for the weekend with fellow Queenslanders Sebastian Wingad (Starfish Tri-Athletic) and Ethan Close (Redcliffe Triathlon Club) completing the podium.

Youth B series leader, Tamsyn Hill (Be Energetic Tri & Run Club Inc) placed third overall, behind Alexandra Field (NSW) in second and Sophie Burger (Redcliffe Triathlon Club) in first. Tamsyn and Sophie are currently separated by one point on the leader board.

Queensland was dominant in both Youth and Junior Mixed Team relays taking out both National Championship titles.

As the competition continues to heat up, athletes will be looking to perform in the last event of the Australian Junior and Youth, U23 series in Devonport, Tasmania.

Congratulations to all 50 Queensland triathletes who competed.