Rio Olympian Ashleigh Gentle soothed the sting of a disappointing Olympic campaign with her fourth Noosa title, and third on the trot. Dan Wilson twice the bridesmaid in Noosa finally added Australia’s most coveted title to his trophy cabinet.

"To finally win, after not only being so close before, but also to join the honour role of Noosa winners means a lot," Wilson says. "Especially given I live just two hours down the road in Brisbane. 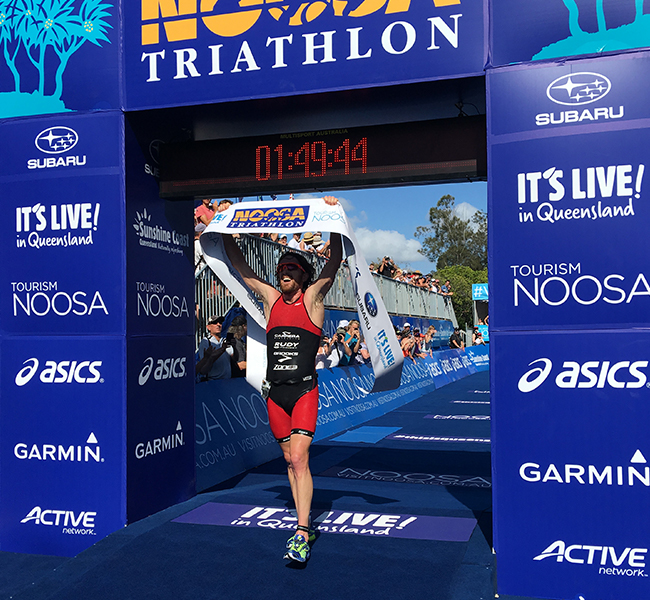 Gentle, based on the Gold Coast, joins Australian triathlon royalty Emma Frodeno (nee Snowsill), as the only Australian to claim four Noosa titles.

"At times in that race I had to dig deep and think about what the Noosa title means," Gentle, who was 1:06 down after the 40km bike leg, says.

Wilson, from Brisbane, who recently announced his retirement from ITU racing, finished second in 2013 and fell an agonisingly three seconds short of the win in 2014, knew if he finished the bike leg with a lead of over a minute he’d be in good shape for the win.

With long course specialist Josh Amberger, the partner of Gentle, they turned a one minute lead out of the water into a 1:30 lead over pre-race favourites Ryan Fisher and Jake Birtwhistle at the end of the bike leg.

"I knew if I could get a lead of over a minute off the bike on Jake and Ryan that I’d be in with a shot," Wilson says.

His words proved prophetic as he ran strongly over the final 10km to hold on for a 17-second win. Birtwhistle held on for second with Fisher in third.

Gentle, on the other hand, found herself chasing all race, in a carbon copy of the 2015 race the Gold Coast’s Daniella De Francesco lead from the gun, with Sydney’s Natalie Van Coevorden in tow.

After the 1500m swim the pair had a lead of over 1:30 on Gentle, after the bike the gap to De Francesco was 46 seconds, with Van Coevorden a further 20 seconds up the road.

Gentle quickly closed the gap to De Francesco and had Van Coevorden in her sights. Van Coevorden was chasing redemption after taking a wrong turn in 2015’s race, cutting the bike course by 13km leading to her disqualification.

"I wanted to be remembered as someone other than the girl who went the wrong way," she says. 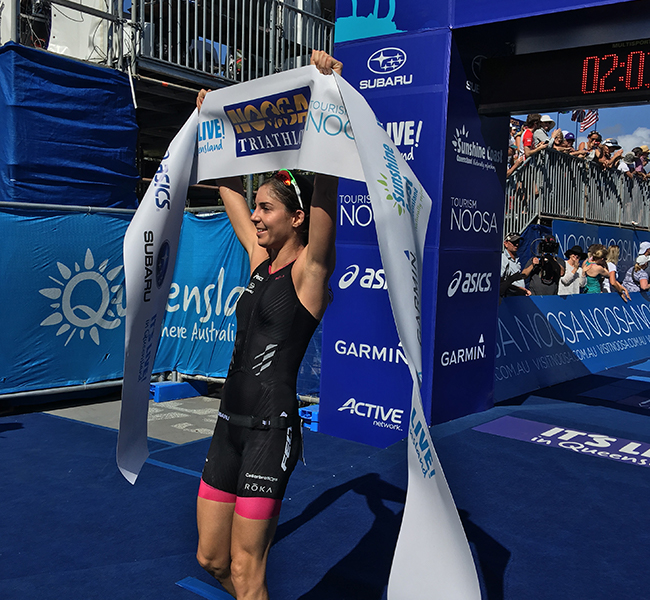 By the 5km mark of the run Gentle had claimed the lead and was on the way to securing her fourth Noosa title.

"I knew I had to take my run and do my best, traditionally it’s my strongest leg, so I had to take the positives from that," she says. "When I could see Natalie I was pleased to catch her at 5km and the last 5km I just wanted to control it until I got to the finish."

Van Coevorden will now be remembered as the girl who finished second in Noosa, with Melbourne’s Charlotte McShane running strongly to finish in third.

Gentle was thrilled to join Frodeno as the only female to win three consecutive titles, and with a total of four titles move within one of the Beijing Olympic Gold Medallists record five Noosa wins.

"It’s great, I have said a couple of times I am so privileged to have my name next to hers, she’s achieved so much more than me as an Olympic Gold Medallist and world champion multiple times.

She has set the bar so high in Australia for so long now; it’s motivating for us now to keep working and chasing her achievements," Gentle says.