Chloe's racing in blue to #doitfordolly

Chloe's racing in blue to #doitfordolly 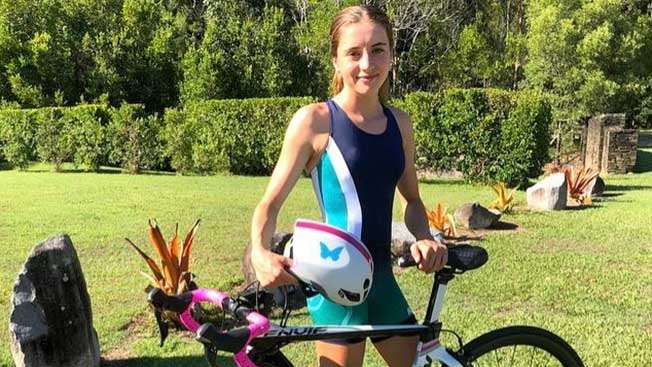 Sunshine Coast local, Chloe McLennan (15), with the support of Triathlon Queensland and Queensland School Sport, is asking athletes to wear something blue to raise awareness for the #dotifordolly anti-bullying campaign in support of Dolly’s Dream Foundation.

The Sunshine Coast teen wants to build a community of support, taking a stand against bullying and is asking parents, competitors and their families to take a moment an keep Dolly’s Dream Alive.  Dolly was the same age as many of the kids racing at this state championship event, and so for Chloe, this weekend is a fitting time to remember Dolly and raise awareness among competitors, parents and their families and #dotifordolly.

Using sport as a platform, McLennan has been an active advocate, involved in fundraising campaigns including Daffodil Day and flood appeals.  She believes raising awareness on social issues is "just part of who I am".

Chloe completed her first triathlon aged 5, competing in a Tri Pink event with her mum.  Since then, she has gone from strength to strength, continuing to compete in triathlons, cross country running and touch football.  Triathlon “it’s a fun sport – it’s exciting to do.  It is a sport where whatever you put in, you get the results for”.

She hopes highlighting #doitfordolly at the state championship event will help kids reach out for support, and help parents start a conversation with their kids.  "Bullying is going on - check in on your child, they may be too embarrassed to say anything."  McLennan said, "know the resources and tools available for both parents and kids".  And for everyone, it’s about calling out and standing up to  bullying and saying it isn’t ok.  It’s about creating a community of support.

Chloe asks that in recognition of #dotifordolly, that competitors wear something blue during their race this weekend -  blue bar tape, blue hubs, a blue ribbon.