The 2022 Townsville Triathlon Festival played host to the 2022 Scody Club Championships - North Queensland. With an action-packed weekend of racing, there were plenty of opportunities for clubs to secure as many points as possible across multiple multisport events.

Conditions on both Saturday and Sunday were somewhat challenging with strong winds on both days which meant those competing would have to dig deep to battle the elements.

Saturday afternoon saw the kids triathlon as well as the aquathlon which this year also doubled as the Australian Aquathlon Championships.

Sunday was a big morning for multisport in Townsville with the sprint duathlon starting the morning where those raced fought it out for the Australian Duathlon Championship medals. Up next was the sprint, enticer and standard distance triathlon events.

North Queensland club members were all looking to help their club be in the running for their share of the prize pool. With the $5,000 cash and prizes on offer thanks to Scody, North Queensland clubs and their members came out in force to ensure that they didn’t miss out on the opportunity to compete for this year’s prize purse.

The Scody Club Championships – North Queensland also provided an opportunity to acknowledge and recognise the achievements of the North Queensland Triathlon Clubs. It was amazing to see so many clubs coming together and supporting each other while racing and representing their club by racing in their club race suits.

This year it was the hometown club of Townsville Triathlon Club who managed to come away with the top prize, followed by Cairns Crocs in second place and Mackay Triathlon Club in third place for the second time in consecutive years. With only a handful of points separating some clubs on the leader board,

It was great to see the members of all of the North Queensland triathlon clubs out on course pushing themselves hard and being supported by their fellow club mates.

Thank you to all clubs, their members, and the Townsville Triathlon Festival for making the 2022 Scody Club Championships - North Queensland a big success.

An extra special congratulations to the top-3 clubs for taking home their share of the $5,000 prize pool, thanks to Scody. 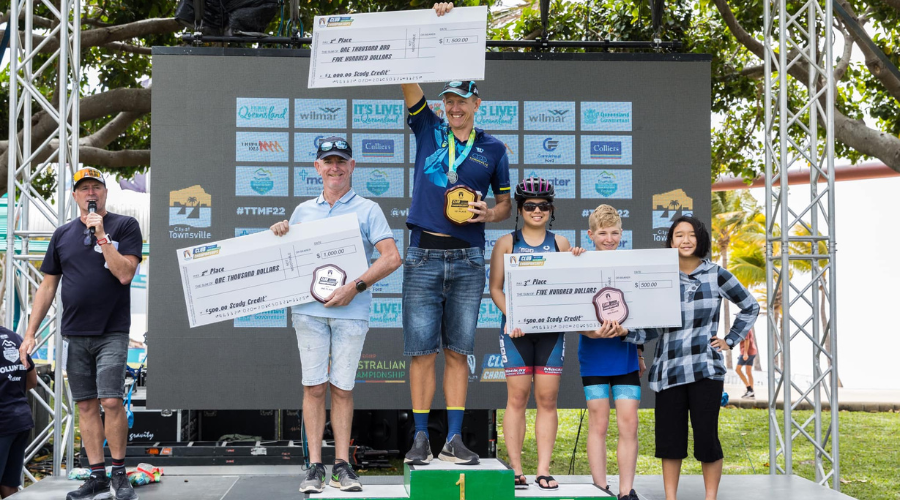