Genesis go back to back

Genesis go back to back 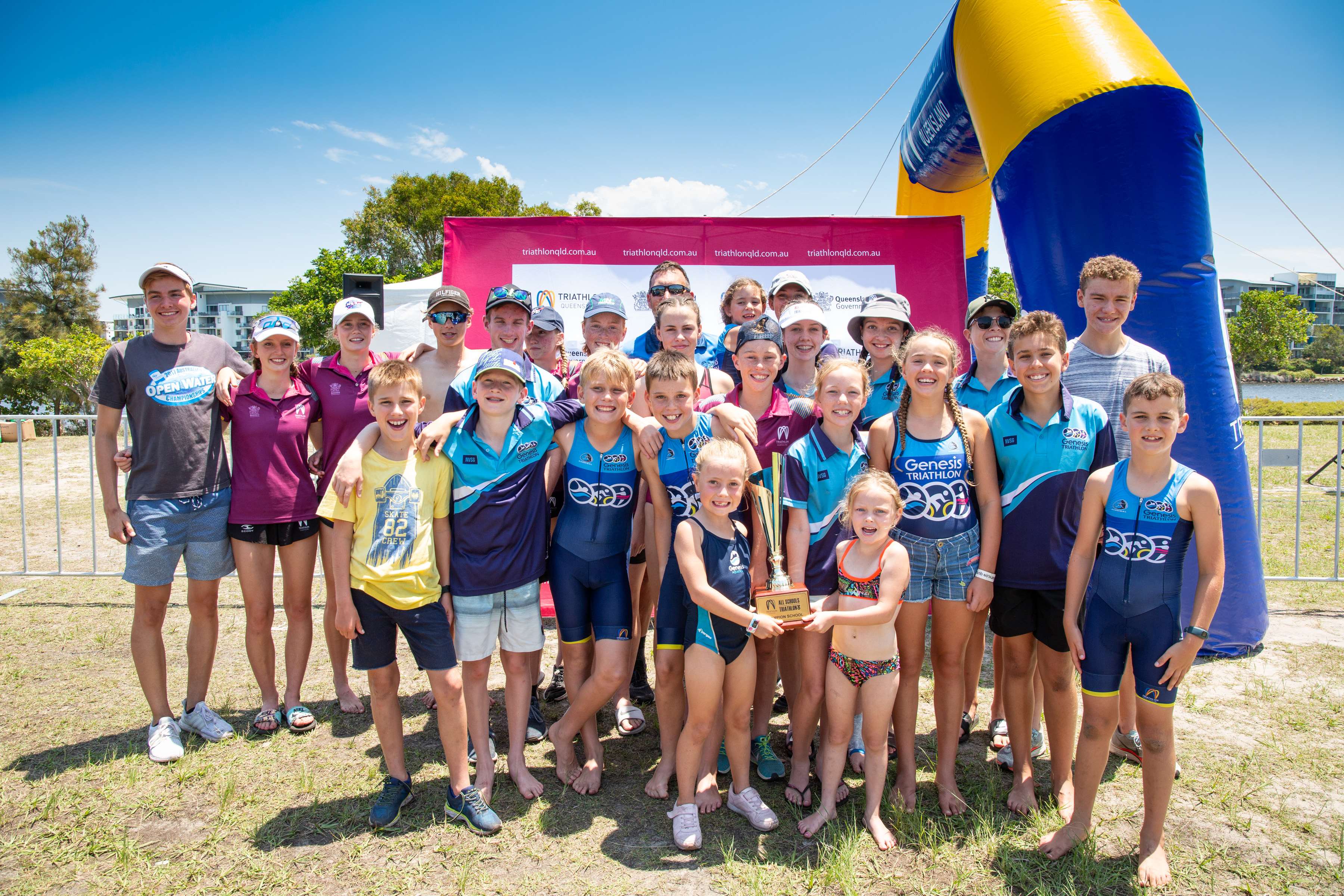 In blistering conditions that felt like a mid-summer's day, 600 of Queensland's best school-aged triathletes completed the 2018 All Schools Triathlon at Lake Kawana on Sunday. There were many impressive results as athletes aged 7-18 battled for medals and for some, the right to represent their regional school team to compete at the Queensland Schools Triathlon Championships early next year.

Richelle Hill (The Gap State High School) won the Senior Girls Triathlon in great form. Exiting the water in fourth, Richelle dug deep on the bike to enter T2 in first position, and held on with a strong run ahead of World Champion, Chloe McLennan from St Paul's. Annabelle Harris from Genesis Christian College came out of the water in eighth, but that didn't slow her down, overtaking a number of girls to win bronze in the senior category.

In the Senior Boys' race, Lachlan Sosinski from Emmanual College on the Gold Coast, held off a fast finishing Harry Ladd (Noosa District State High School) and Sam McAuliffe from Palm Beach Currumbin State High School. Lachlan will be looking to repeat the win at the South Coast regional trials at Kingscliff Triathlon in December to win a spot on his regional team.

The Intermediate Girls field was close, with Jessica Pike (St Rita's) edging out Brianna Finch for the third spot on the podium, behind Murrumba State Secondary College student, Molly Matthews, who pushed through 15 athletes in the cycle/run portions of the race to take the win and pocket rocket, Ella Vickers from St Rita's who won the silver.

The Intermediate Boys were just as competitive, with Harry King from Xavier Catholic College in Hervey Bay taking the win ahead of his metro rivals, Jackson Medway from Brisbane Boys' College and Jack Crome from Brisbane State High School. He'll be looking to take the overall win on home soil, come the State Championships in March.

Sophie Burger (Mueller College), fresh from a high-jump bronze at the Queensland Schools Athletics Championships won gold in the Junior Girls triathlon, with a dominant swim and cycle. Tamsyn Hill (Ferny Grove SHS) and Sophia McCarthy (St Rita's) both chased hard on the run and finished in second and third respectively.

There was less than a minute separating the top three in the Junior Boys category, with Ethan Close (Bray Park SHS) completing a consistent race out front, ahead of Sebastian Wingad (Carmel College) and Peyton Craig from Chancellor State College.

The mini dynamites in the Kids Aquathlon who finished with medals were Lily McLeod, Poppy Andrews, Imogen Milsom and Adel Kusztor from the girl's race and Alexander Cameron, Jude Brimelow and Rocco Croucamp in the boy's event.

Genesis Christian College were awarded for their consistent results across the morning, winning the Champion School award for the second year running, ahead of Brisbane Boys' College and Brisbane State High School.