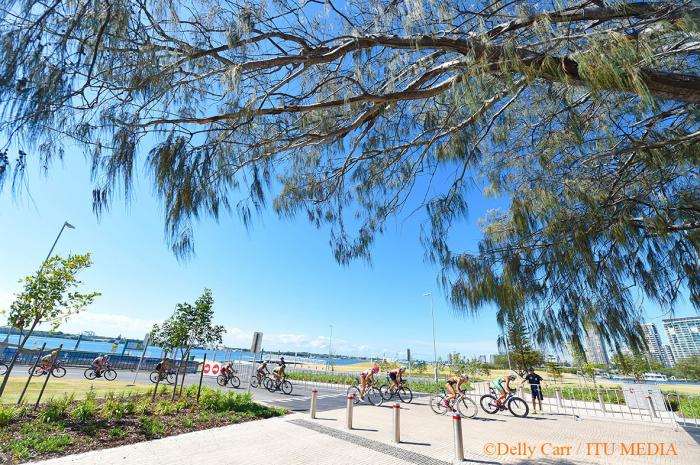 The World Triathlon Series Race on the Gold Coast will add extra events this year – promising a full day of exiting racing.  Kicking off at 7am with the Paratriathlon events, the program is packed with the final race of they day starting at just after 4pm.

Run as a test event for 2018's Commonwealth Games, and as the first selection race for the Australian triathlon team, there is plenty on the line for all involved; event organisers, technical teams and athletes alike.  The Gold Coast event will be run over the Sprint distance (as opposed to the Standard distance that was run in 2016) to replicate the Commonwealth Games distance.

PTHC (formerly PT1) athletes will be included in the Commonwealth Games for the first time next year, and Australia will likely have two male and female representatives.  Lining up on the Gold Coast in the mens PTHC classification in April are Bill Chaffey, Nic Beveridge and Scott Crowley.   Emily Tapp and local Sara Tait line up in the women's event.

The women's race will see seven Australians line up, three of whom are Queenslanders (Gillian Backhouse, Ashleigh Gentle and Emma Jackson).  Jackson is coming off the win and Gentle a second place at the Mooloolaba World Cup race a couple of weekends ago, and Backhouse had a strong performance at the WTS Abu Dhabi event in February, finishing 6th.  These previous races were all over the Standard Distance, and so the shorter distance at this event will require a different focus for the athletes.

In the men's event, of the nine Australians starters, three are Queenslanders.  Luke Willian and Drew Box are fresh from their one/two finish in Mooloolaba World Cup; Ryan Fisher and Matthew Hauser are coming off the high of competing in the first Super League Triathlon event in Hamilton Island last weekend, where Fisher finished 7th over all and Hauser 13th.

How is the Commonwealth Games Team Selected?  Click here for more info.