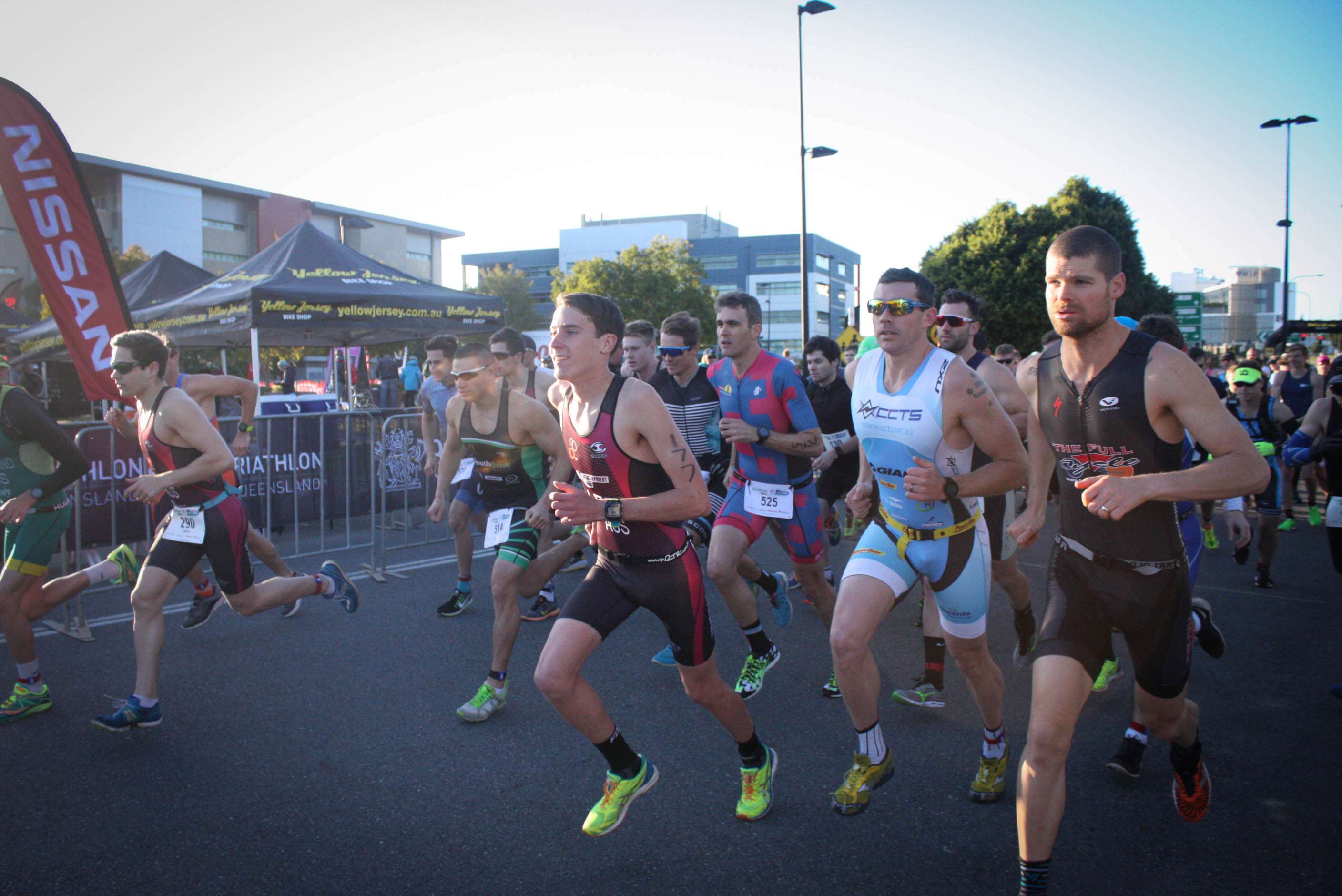 Record numbers at the Greater Springfield Duathlon made it Australia's largest duathlon event.

A chilly start didn't keep athletes away from the start line at Springfield over the weekend.   The new run course, showcasing Springfield's Robelle Domain and the challenging local hills pushed athletes to produce their best.
The Greater Springfield Duathlon went ahead as planned without having to enact contingency plans after cladding fell from a mobile phone tower on Sinnathamby Drive on Wednesday night, and repair work potentially blocking the road.
Three time consecutive winner, Briarna Silk again took first place in the standard distance event, with team mate from Red Dog Triathlon Training, James Dimsey the first male across the line (an improvement on last year's third place).
In the sprint distance event, Brandon Copeland and Kira Hedgeland - both Bond University Triathlon Club members took the win in their respective races.
The duathlon event, which has seen steady growth through the years, saw an increase in participants of 32% this year, making it the largest duathlon in Australia.  Hosting the state championship and being a qualification race for athletes to make the Australian Age Group team for the ITU World Championships added prestige to the race which is known for its challenging, technical course.
Race participants were also there to collect points in the newly formatted Nissan State Series, which has been expanded to include 17 races across the Queensland.