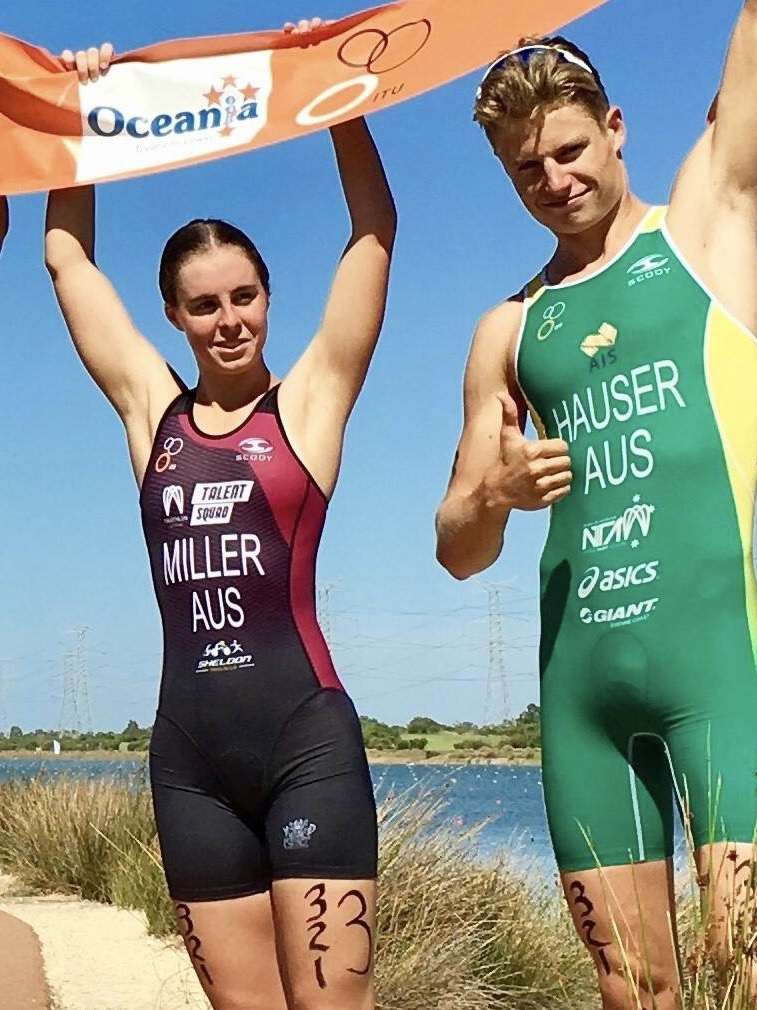 Triathlon Australia has named their team for the Junior Elite (16-19) team heading to the  ITU World Championships in Rotterdam, The Netherlands later this year.  The Elite Under 23 squad is yet to be named.

Securing automatic selection by taking out the National Selection Race (the 2017 OUT Oceania and Australian Junior Triathlon Championships in Perth in early March), were Queenslanders Matthew Hauser and Joanne Miller.

This is the third time Matthew Hauser has been selected in a Junior Elite team for the ITU World Championships, having previously competed in Chicago and Cozumel.  Hauser, who recently moved to the Gold Coast and trains under Dan Atkins, hailed from the talented squad coached by Brian Harrington in Hervey Bay.  Hauser has had a stellar 2017 so far, being given the opportunity to compete in the Super League Triathlon competition, and his first WTS start on the Gold Coast.  Last weekend, he took first place in the ITU World Cup Chengdu race.

Joining Hauser is Joanne Miller, her first selection to the Junior Elite team.  Miller, a member of Sheldon Triathlon Club, trains under Chris Lang.  Miller placed second in the Under 23 category of the OTU Triathlon Oceanic Championships and third in the Elite Women category.  As an age group competitor, Miller took out the World Championship at the ITU World Duathlon Championships in Adelaide in 2015.