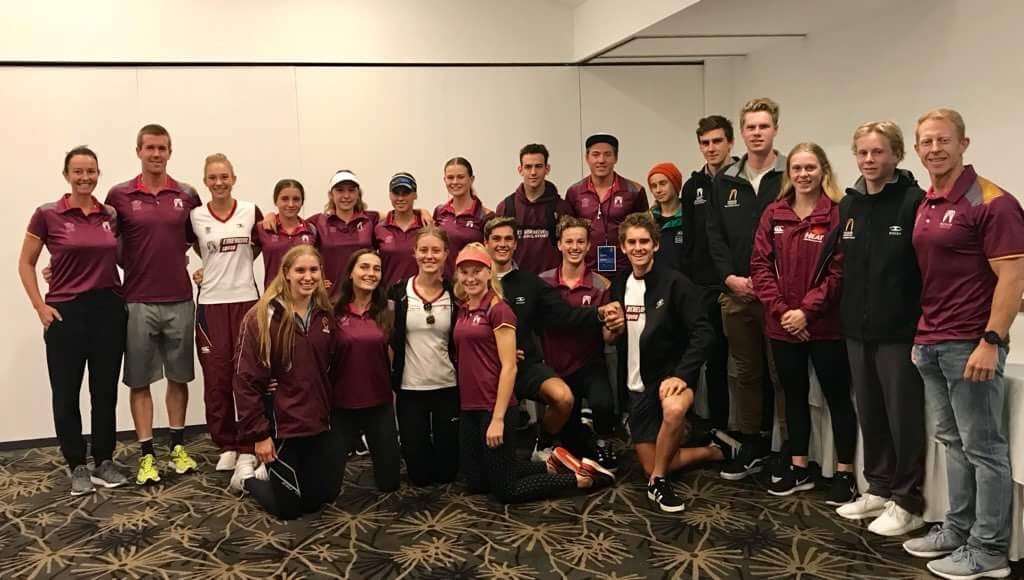 The ITU Triathlon World Cup Elite race saw a stacked field in both the men's and women's event leading in the Commonwealth Games.  In the men's event, the top 12 finished within a minute of each other, and our top Triathlon Queensland member was Brandon Copeland in 11th.  Commonwealth Games Triathlon team member, Luke Willian did not start due to a cut on his foot sustained walking on the beach.

In the Women's event, TQ member Gillian Backhouse was the top placed Australian across the line, finishing 6th, 33 seconds behind the winner, Kirsten Kasper (USA).  For Backhouse, the race was the hit out she wanted before the Games race in 10 days time.

Sunshine Coast Triathlon Academy's Romy Wolstencroft claimed the bronze in the Oceania Junior Championship.  This race was also the final race in the Australian Junior Triathlon Series - and Wolstencroft was sitting in second leading into the event.  Despite finishing as the top placed Australian, it may not be enough to take the Series from leader Charlotte Derbyshire (SA).  Triathlon Australia have not released the final points as yet. The Junior men's event saw a clean sweep of the podium for NSW, with Kegan Jenkins our top placed Queenslander.

For the Youth racers, it was a chance to secure a nomination to the Youth Olympics Games Team.  Charlotte Derbyshire (SA) just beat out Queensland's Richelle Hill for the women's nomination, and Josh  Ferris (NSW) claimed the male nomination.