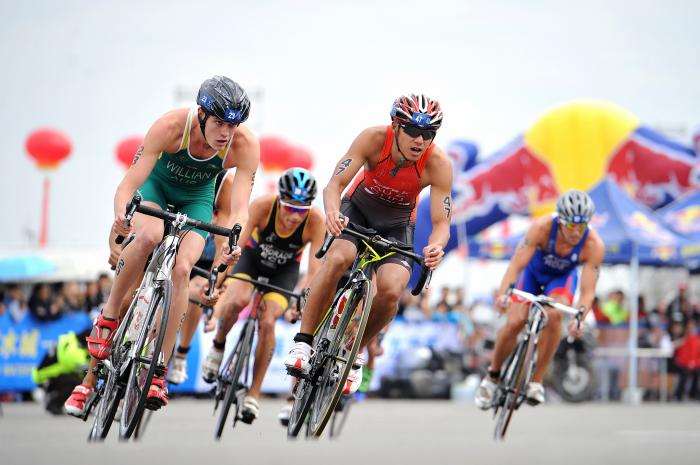 Stunning Mooloolaba hosts this weekend's ITU World Cup race, featuring eight Queensland athletes.
The standard distance race (1.5km swim, 40km bike, 10km run) has a prize pool of US$60,000, with payouts for the first 15 male and female athletes across the line.
For many of our Queensland elite athletes, this is their first ITU race of the 2017 season.  With Commonwealth Games nominations being based on the results from this season (as well as 2 automatic nomination races), Aussie athletes will be out there to show form.  While this race is over the standard distance, the Commonwealth Games selection races (and the Games themselves) will be over the sprint distance.
The two lap swim, eight lap bike and four lap run course gives plenty of spectator opportunity.
As a testament to the work being done within the State, most of the Queensland have been a part of the Junior Development program (in its various formats) throughout the years.  Triathlon Queensland's Dan Mangano said "I'm incredibly proud to have been able to watch these athletes who have been supported by great coaches and programs in Queensland.  We hope that our current crop of Juniors see these Elite athlete's success as motivation to keep working hard".
Queensland athletes on the start line:
Women:
Ashleigh Gentle
Emma Jackson
Holly Grice
Men:
Drew Box
Luke Willian
Matthew Roberts
Kenji Nener
Max Neumann
Women start: 11.30am
Men start: 2.30pm

Live tracking available on ironman.com or on the Mooloolaba Triathlon App