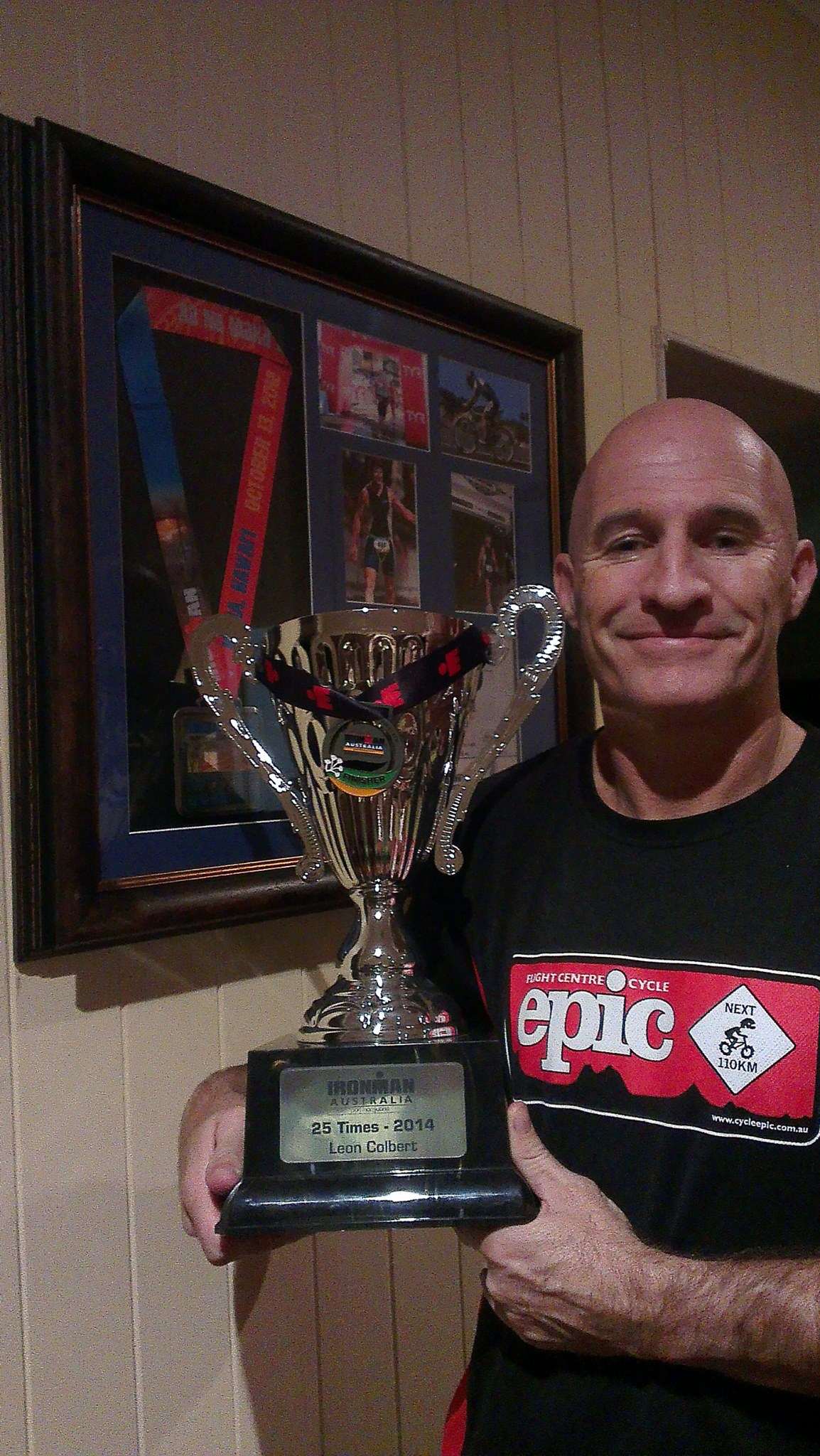 Leon grew up in rural Victoria - a world away from triathlons.  "I used to watch Kona on the Wide World of Sports and think those guys were crazy".  After a crash that buckled his wheel in his first Ironman event, Leon thought his race was over;  "but a SKY TV camera crew pulled up and I thought I couldn't pull out of the race in front of them".  He went on to complete the bike course with his front wheel rubbing against the frame, and finish the race.  While he had no intention of doing another Ironman,  Leon knew he could do better.

Looking for his "perfect" race is what has driven him to complete (so far) 42 Ironman events, including qualifying and racing in Kona in 2012.

Six days after he completes this weekend's Ironman Australia, Leon will line up at the invitation only Ultraman Australia race - his second time over this double-iron distance.  Having completed the 2015 race, again a week after Ironman Australia, while sick, he wants to "go back and go through the process".

"I chipped away and got it done, I want to go back and not be as crook as last time".  Even he admits it will be a tough turnaround, but says it’s a great opportunity to have a go at it.

Surrounded by supportive family who will be there to cross the finish line with him at the end of this Ultraman, Leon knows that this individual sport takes a team of supporters to get him to the finish line.

While "old man injuries" may be slowing Leon down, he has at least two more Ironman Australia races in him.  "When you get to 30 races, there is an immortals club and you get your name on a plaque on the run course".  "One way or another I am going to do it".

Want to track Leon or other Ironman Australia athletes this weekend?  Click here