Liz Blatchford is calling time on her illustrious career

Liz Blatchford is calling time on her illustrious career 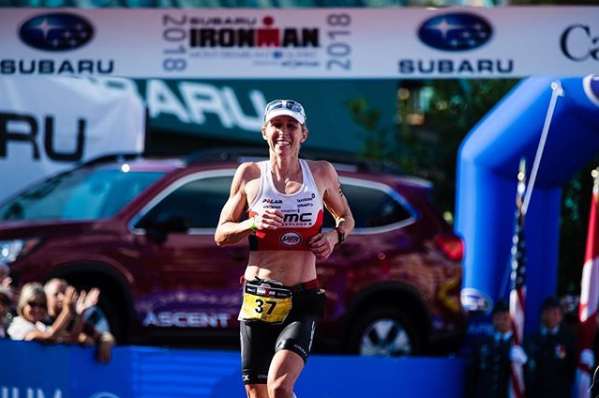 Liz Blatchford is retiring from international competition this year as one of the most successful and humble triathletes in our State’s huge history. With 18 years of professional racing under her belt, both on the ITU circuit and IRONMAN, Liz is about to conquer her fourth IRONMAN World Championships in Kona, where so far she has finished in the top ten each time she has raced, including two podiums!

Kona is Liz’s favourite international event – the IRONMAN hype, the location and the conditions have made for some lifelong memories.  But it’s the friends from all over the world that she will miss the most. Lucky for her, some of her friends are triathletes based on the Gold Coast – Emma Snowsill, Emma Moffatt, Annabel Luxford, Aileen Reid and Tracey Zammit.

Liz started her tri career in Western Australia, before moving to the Gold Coast, where she trained under a number of renown coaches including Jenny Alcorn, Col Stewart, Brett Sutton, Shaun Stevens, Ben Bright and Mat Steinmetz. She also swam under the guidance of Denis Cotterall and Raelene Ryan in Miami. Her favourite training sessions on the Goldie include the Springbrook > Chillingham > Tomewin loop on the bike (although those days are probably over now) and runs along The Spit trails.

Liz’s first ITU race was in 2000, as a junior, where she finished in eighth.  From there she went on to consistently place in the top ten for over a decade. Despite her successes, Liz found herself on the wrong side of selection decisions many times, including the 2004, 2008 and 2012 Olympics. So in 2012, she made the transition to long distance racing and won her first 70.3 IRONMAN at Boulder and again in Cozumel. In her first IRONMAN World Championship at Kona a year later, she placed third.

Liz worked hard to get onto the professional circuit.  Just to get to her first World Cup event in Japan,  Liz had to empty her bank account to get there, and then share a hotel room with two other pros. She finished in sixth, which won enough prize money to pay for the ticket and move on to the next event. This was all while studying at Griffith University, living off Youth Allowance payments and some babysitting pocket money.

Liz announced her retirement just a few weeks ago, after a huge year gathering points for Kona qualification, with the aim of finishing an illustrious career with a race that means so much to her. With a one-year-old in tow, the training schedule has been adjusted, with hours spent on the windtrainer at home while her daughter Mahli is in the bouncer beside her. While she considered retirement when Mahli was born, she still had the urge to compete and found herself wanting to be out there and knew she could juggle the training with being a Mum as well.

In February Liz told her husband Glen that it would be a miracle to make it to Kona and it came down to a top five result at IRONMAN Mont Tremblant in August to cement her starting position. The year has been less than ideal with preparation – juggling Mahli, a sacral stress fracture and a calf tear.  Liz went into the event underdone and lacking confidence in her run. With only four runs in the seven weeks prior, the marathon run was a big ask. After coming off the bike in third place, Liz ran conservatively for the first 21km, then picked up pace.  Before she knew it, she had moved past Lauren Brandon into second and could see Meredith Kessler (another Superwoman IRONMAN Mum) in first, less than a minute up the road. Liz dug deep and came home with the win!  She was so emotional (rightly so) after months of injury and  pressure to qualify, as well as being the last race that she was likely to win (her words! We’re still backing her for Kona!). But she had made it – and she booked their ticket for Hawaii, with her daughter and husband there to share the moment. Regarding her injuries, Liz says, “If I have learnt anything from being injured, it’s that it makes the good times all the more sweet.”

We don’t think this will be the last we see of Liz, given her competitive nature, but you will definitely see her out on the beach with Mahli and surfing the breaks at the Gold Coast/Northern NSW beaches. Liz and Glen are also building a house at South Golden Beach in Northern NSW, where she is looking to expand into coaching and help out with Glen's business.

Liz will complete her last Aussie pro race at the Noosa Triathlon in November, in front of her loving family including her husband, Glen Murray (who you all know as @koruptvision), her daughter Mahli and their rescue dog Buttons.  Make sure you get down there to cheer her on!