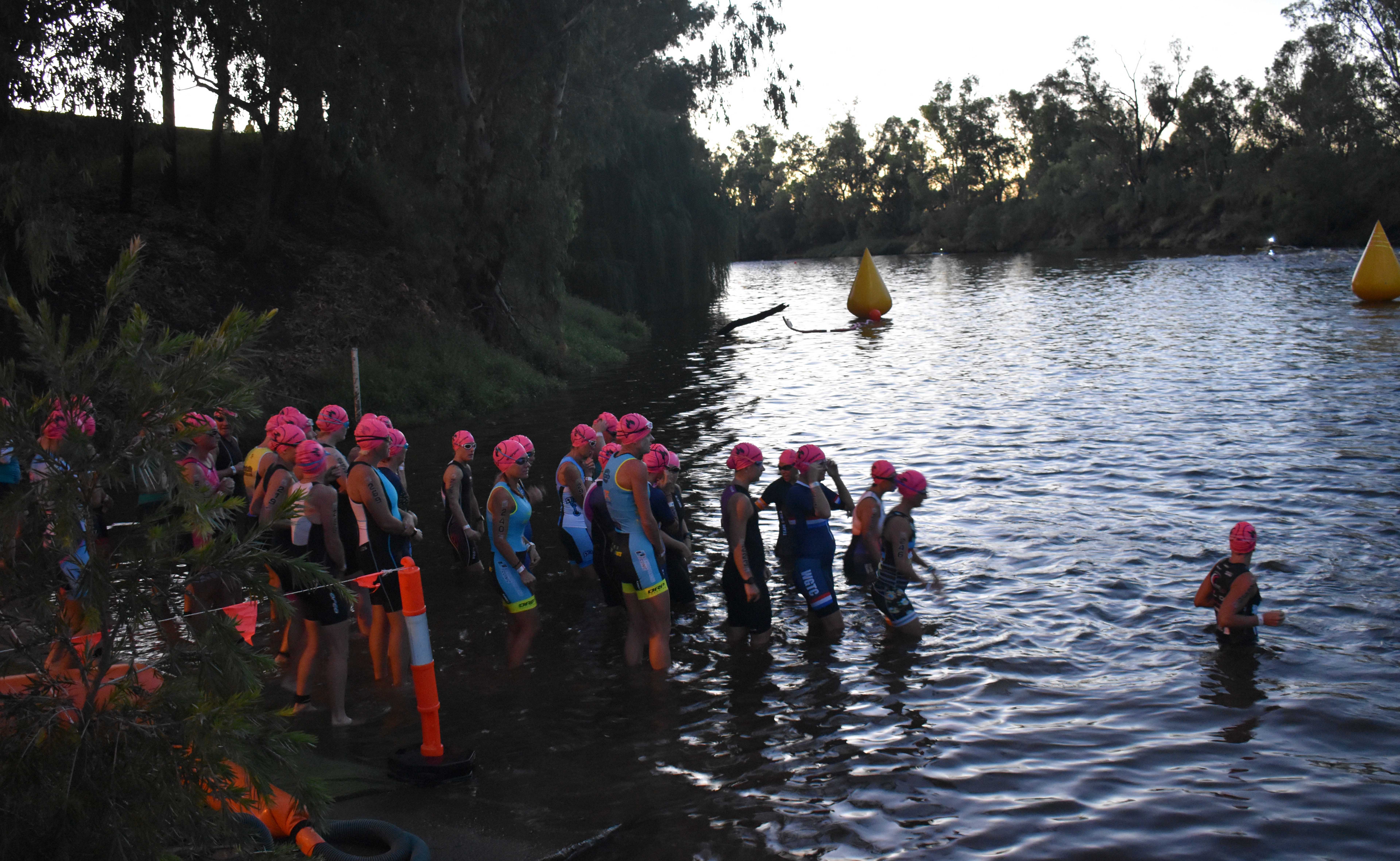 Goondiwindi uncharacteristically turned down the heat and wind for one of the mildest Hell of the West events on record.  In its 27th year, Hell of the West has long been one of the must-do destination triathlons for Queensland athletes, testing themselves against some of Australia's toughest conditions.
While this year's temperatures weren't hot, the racing sure was, with Max Neumann taking the win and shaving two minutes off the course record, finishing in 3:31:28 (including a blistering 1:09:51​ 20km run).  Finishing just 48 seconds behind Neumann was Jake Montgomery and rounding out the top three was Josh Amberger.
Sarah Crowley convincingly won her 5th Hell of the West race in 3:58:09, just missing out on beating her own course record by 6 seconds.  Finishing 6 minutes behind Crowley was Moench (USA) and Whiting (CAN).
Fastest age groupers of the day went to Jarrod Owen in 3:58:04, and Emily Donker 4:14:59.
2018's Hell of the West hosted the Triathlon Queensland State Championships - Long Course, and as race 12 of the Nissan State Series, was an opportunity to add points to the leader board for Triathlon Queensland members.
Five 2017 State Champions successfully defended their Long Course title at this year's event: Isobel Chisholm (20-24, Vision Triathlon Club), Cath Rogers (40-44, Vision Triathlon Club), Wes Thompson (45-49, Ballina Tri Club), Janet McAfee (55-59, East Coast Cycos) and Allan Pitman (65-69, East Coast Cycos).