WA raider Liam McCoach and Brisbane’s Joanne Miller have followed in the footsteps of some triathlon’s biggest names after being crowned National Junior Super Sprint champions on the Gold Coast.

The 18-year-olds put on a show of strength as the future of the sport unleashed at the Sports Super Centre at Runaway Bay – all 222 of them aged between 12 and 19.

It was the first round of the Australian Junior Triathlon Series, that comes back to the Gold Coast (Robina) in February before heading to Adelaide and Perth.

And after 77 races across three days it all came down to the final races today to decide the overall Junior winners, joining the likes of Josh Amberger, Jake Birtwhistle and Olympians Emma Jackson and Ashleigh Gentle, who have won this weekend three times.

In the Men’s Junior A division, it was McCoach who had to find a finishing burst to beat arch-rival Lorcan Redmond from Newcastle in NSW in an eye-catching display of running over the final 2.4 kilometre course – six laps of the Super Centre track. 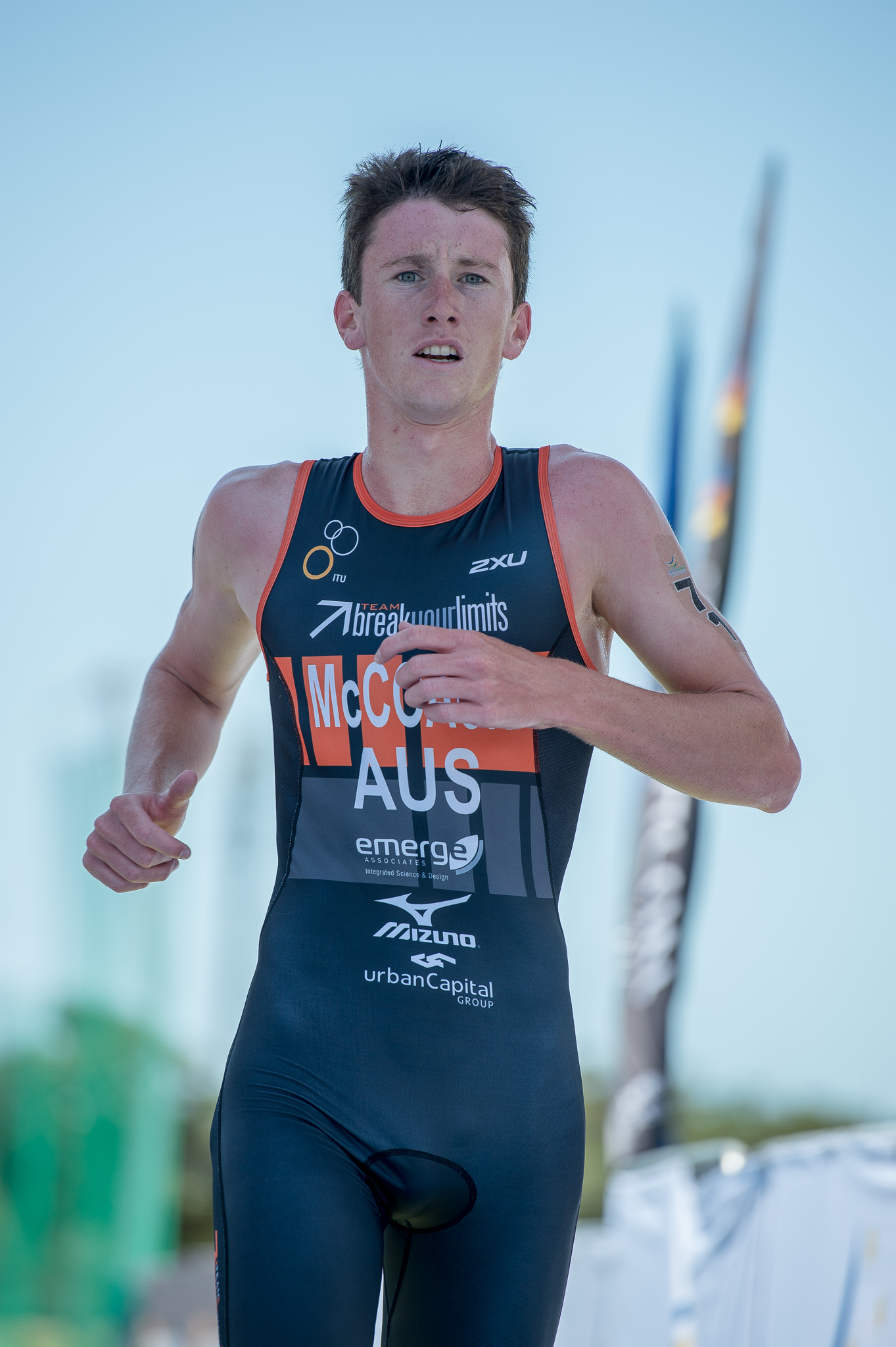 It came after some cat-and mouse displays through the 400 metre pool swim and eight kilometres on the bike.

“I tried to break Lorcan early in the run but he was too strong for that so I had to wind it up in the back end,” said McCoach.

“There was a group of us who had also tried to get away super early out of the swim but Lorcan was only about 10 seconds behind us which is close.

“He caught up early on the bike and then sat up with some nice turns so I just left it for the run.

“I feel as though I can wind it up hard and then go harder and I tried to stay strong the whole run and build on the backend again.”

The pair ran stride for stride for almost the entire race until McCoach kicked and broke Redmond to score a narrow victory with a second Queenslander Nicholas Free third.

It was a case of whoever won the final race over the six-race weekend won the weekend after Redmond had beaten McCoach in race five after McCoach had his colours in race four.

Throw in reigning champion Matt Hauser, who sat out today’s race when the Australian Junior Triathlon Series resumes at Robina in February and it is bound again be another great race.

It was a similar scenario in the female race with ITU World Junior Duathlon champion Joanne Miller, a product of the Sheldon College Triathlon program, emerging after a consistent weekend, to beat notable WA pair, Gold Coast-based Kira Hedgeland and Jessica Claxton. 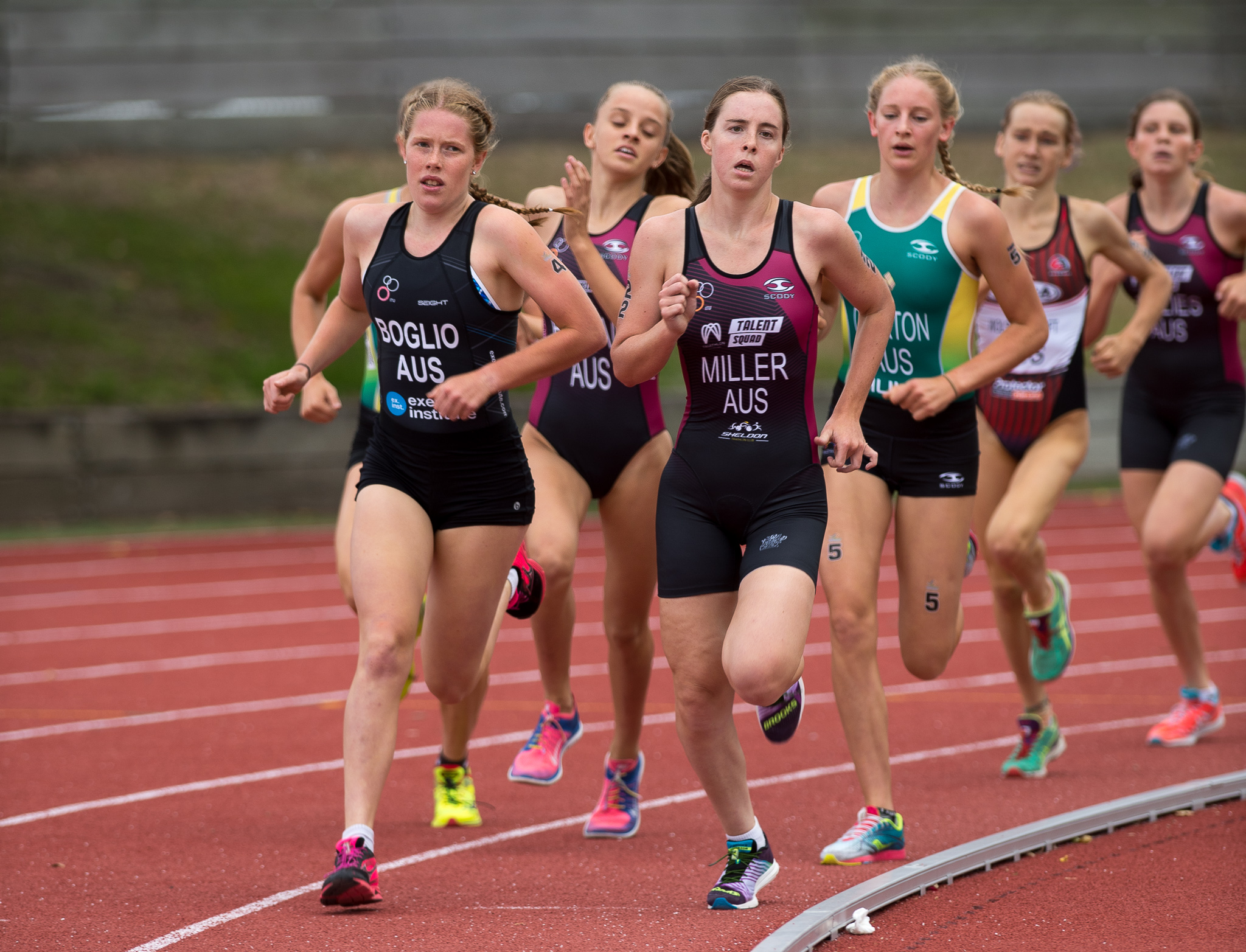 After trailing out of the swim, Miller worked hard with Hedgeland on the bike before creating a winning break coming into transition and she was never headed through the six laps on the track.

“What a great competition out there and it was good that it wasn’t just one person that dominated, all the girls have different strengths and it was a really good weekend,” said Miller.

“It was an exciting final race even though the swim let me down a bit but we went hard on the bike with Kira and then made a break and it came down to the run in the end.

“You don’t have much time to think either; you just have to ‘grip it and rip it’ as my coach (Chris Lang) says.

“You just go for it you, no time for thinking, you just keep pedaling and between bike and run I just had to get out of there.

“Kira is an excellent runner so I knew she would have been out of there pretty quickly herself and at the moment my run is not my strong leg coming off a bike and a swim and I had to make the most of coming out ahead of Jess too.”
Miller (240.00) was crowned the Super Sprint champion ahead of Claxton (210.50) and Hedgeland (198.50).

Whittaker, Kroyer and QLD’s Hayley Partridge produced the finish of the weekend in Saturday’s race with a three-way dash to the line. 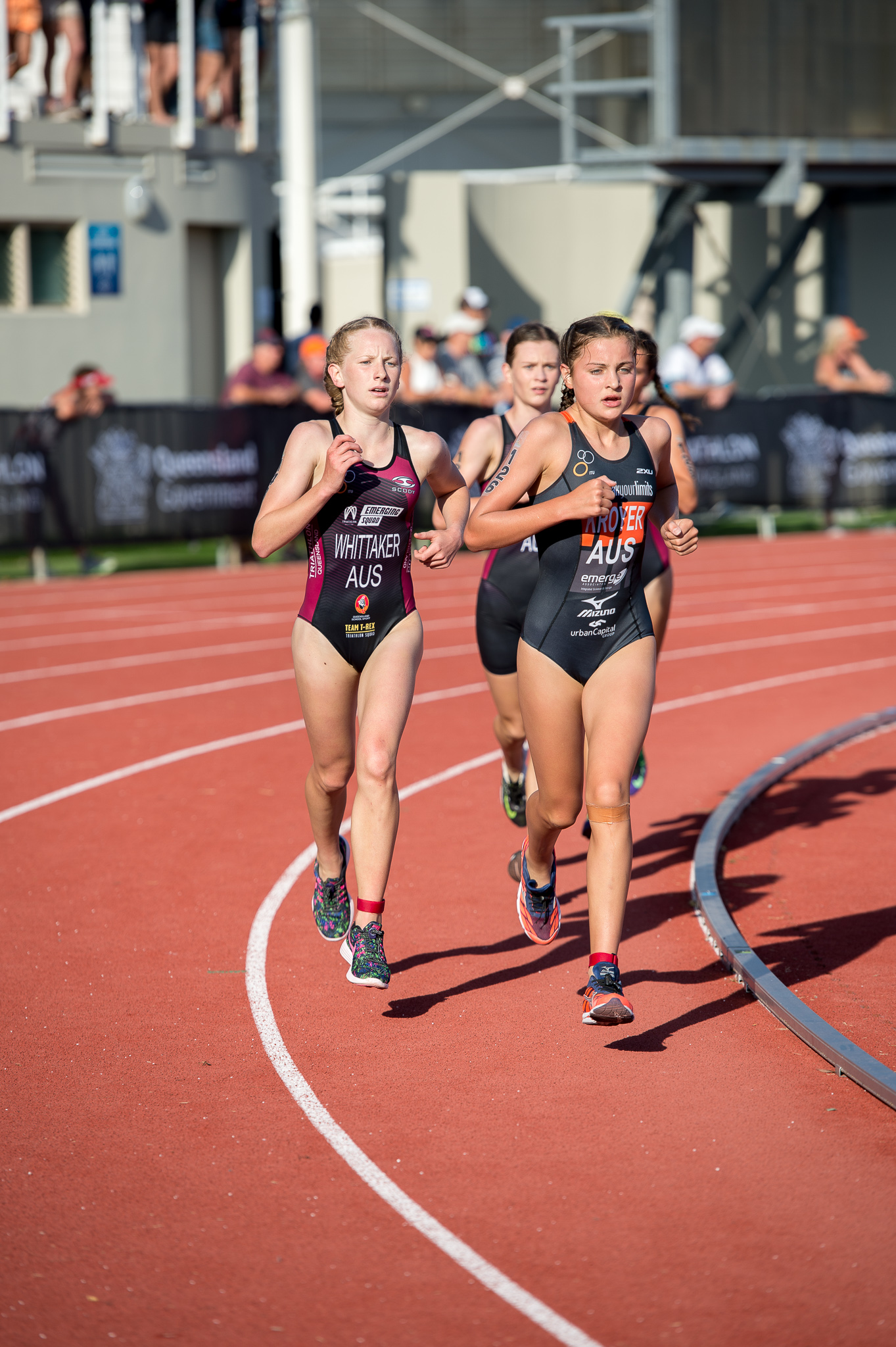