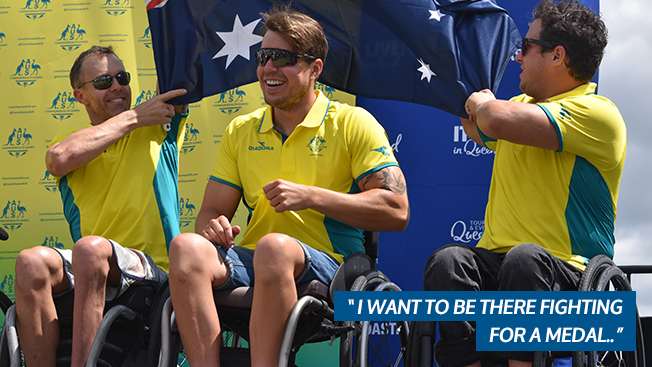 Yesterday, Nic Beveridge was announced as one of our Queensland triathletes on TeamAUS for the Commonwealth Games.  Competing in the PTWC event,  Nic joins Bill Chaffey and Scott Crowley in the men's line up, and Lauren Parker, Sara Tait and Emily Tapp in the women's.

Mackay born, Gold Coast based Nic says "I'm looking forward to that Games race in April.  It's going to be overwhelming to a degree. I want to be there fighting for a medal for Australia and the men's team".

“There have been times in the past where you believe in yourself but you just don’t know if it’s going to happen or how it’s going to happen but you just believe that it will one day". Beveridge said.  The fact that everything is starting to align, decisions that I made and the luck that I’ve had with the decisions that other people have made with coach Dan Atkins taking me on have all culminated in where I’m at now so it’s nice."

Follow Nic's progress as he heads to the Games here

Read more about Nic's background and entry into triathlon here