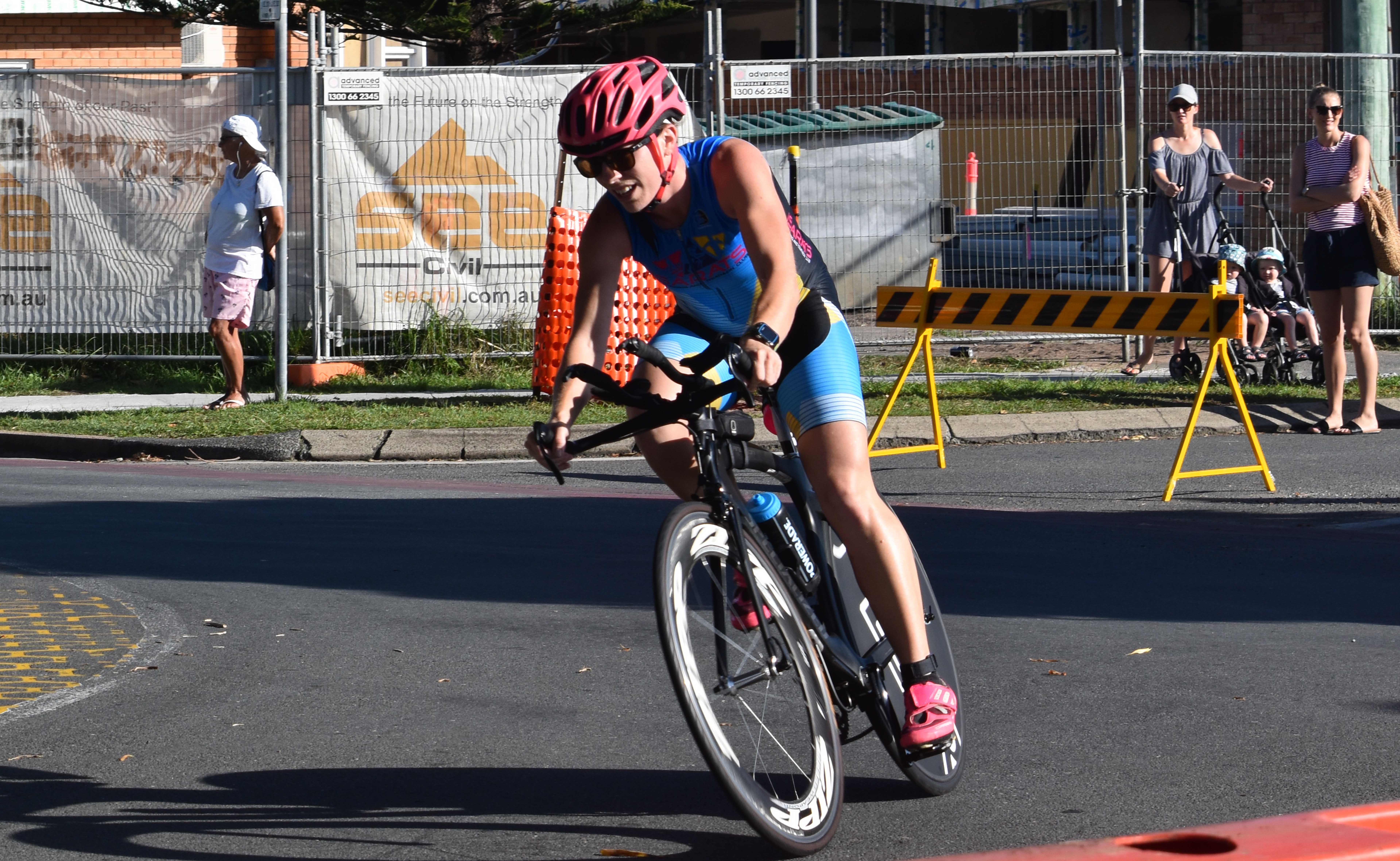 After weeks of inclement weather, Kingscliff turned on perfect weather for the Triathlon Queensland State Championship - Standard Distance, held at the Kingscliff Triathlon last weekend.  Over 1000 athletes took to the starting line across distances suitable for kids & first timers, through to the main event - the Standard Distance Championship race.

Recent foreshore redevelopment around Kingscliff, including the caravan park, has rejuvenated the stunning beachside town, making it the perfect weekend or race destination.

New to Kingscliff Triathlon, a reverse direction swim course increased the opportunity for spectators to see their loved ones start, and utilised the incoming tide.  With athletes starting at the mouth of the creek, they exited the water before the bridge and ran back along the boardwalk to transition.

Among the members being crowned champion this weekend, two Triathlon Queensland members achieved the double title - named National Champion - Standard Distance, and then claimed the State Championship the following weekend.    An extra congratulations to:

Congratulations to the following members who have been crowned 2018 State Champion - Standard Distance: