Queensland once again showed their domination in Devonport with 5 Queensland Juniors in the top 10 in both Male and Female races. Some of our newly categorised Juniors, Brad Course, Tara Sosinski and Peyton Craig showed their class, up against Australia’s best athletes.

Queensland Male Juniors were up first with Brayden Mercer showing his surf lifesaving background to lead out of the water, followed by Brad Course and Peyton Craig. The tough hill separated the field and caused some problems for Peyton as he had to run a section following a dropped chain. Toby Powers showed his full power on the bike course eating up the field. Brad, who stayed at the pointy end of the race all day brought the win home with a perfectly executed 16:07 run split, followed by Brayden in 2nd and Toby in 4th. Rounding out the Queensland performances was Thomas Feldmann in 5th, Peyton Craig in 6th, Jordan Chugg, Jordan Rieck, Ryan Marsh, Hayden Small, Ben Rudd, Cooper Carswell and William MacIntosh with a challenging DNF for Jack Crome. It was Peyton who took the win in the Junior B category. 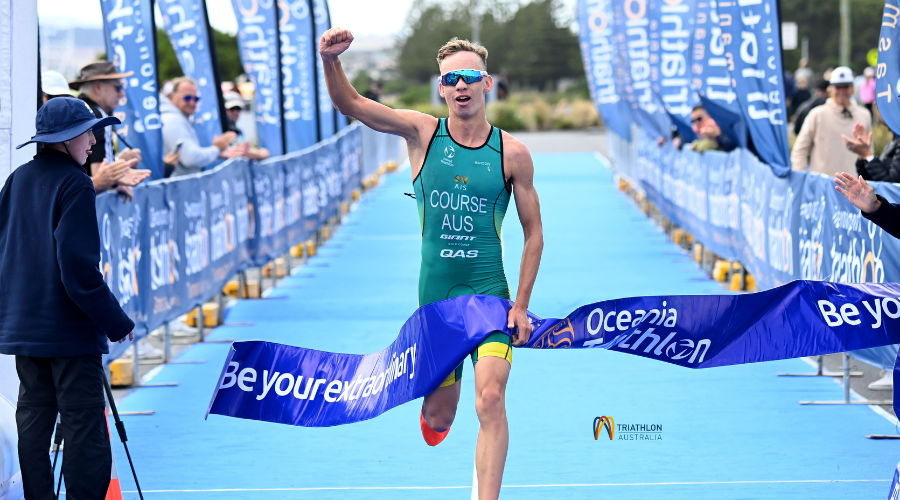 In the female event, Tara exited the water well out front and held the solo lead on the 4 laps of the steep Devonport hill until the first lap of the run where she was overtaken by eventual winner Chloe Bateup of NSW. Kelsey Mitchel put together a blistering final leg of the race to run herself into third behind Tara with her training partner Georgie Fredricks following her in 4th. Our other female athletes had strong and gutsy races at this high level of racing; Aspen Anderson in 6th Briana Mow 8th, Isla Watson, Stella Kay, Jess Pike and Isabelle Trusler. Aspen also took the win in the Junior B category. 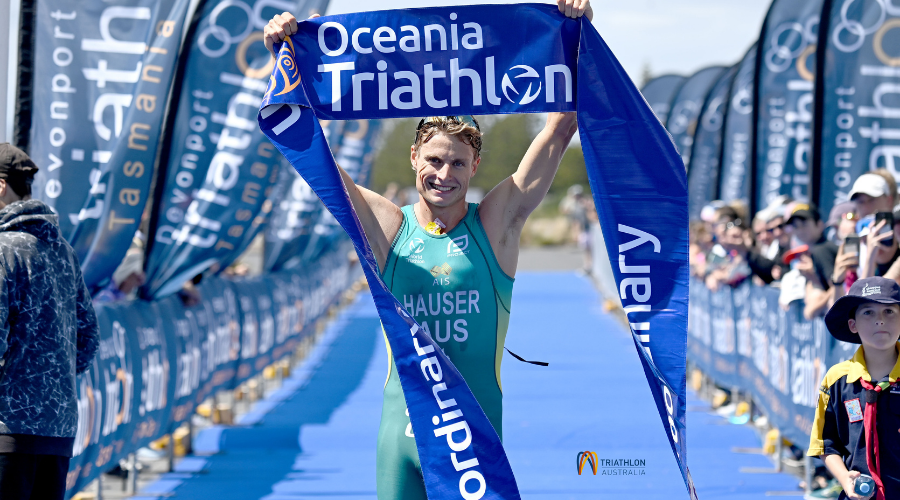 Our Para Triathletes were on a mission in Devonport with some great results in the Oceania Triathlon Para Cup. In the PTV1 men’s race it was Gerrard Gosens who took the final podium spot in 3rd place with Caroline Baird alongside guide Annabel White, taking out the PTVI Women’s race. Nic Beveridge also took the victory in the PTWC men’s race with Sara Tait coming home to take the silver in the PTWC women’s race. Sam Harding and guide Luke Harvey also won gold in the PTVI category. A big congratulations to all para athletes and their guides for their outstanding results in Devonport. 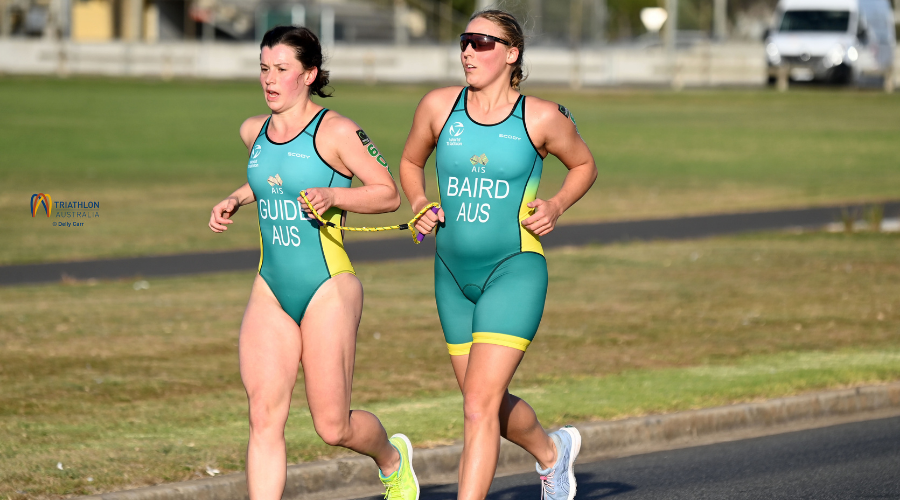 In the Relays, Queensland went in as the hot favorites, and managed to secure the win with Hauser, Malowiecki, Roberts and Agnew. They shared a lead with the QLD 2 team for a while, but were undone by NSW and finished 3rd with a Qld Junior team finishing in 4th. 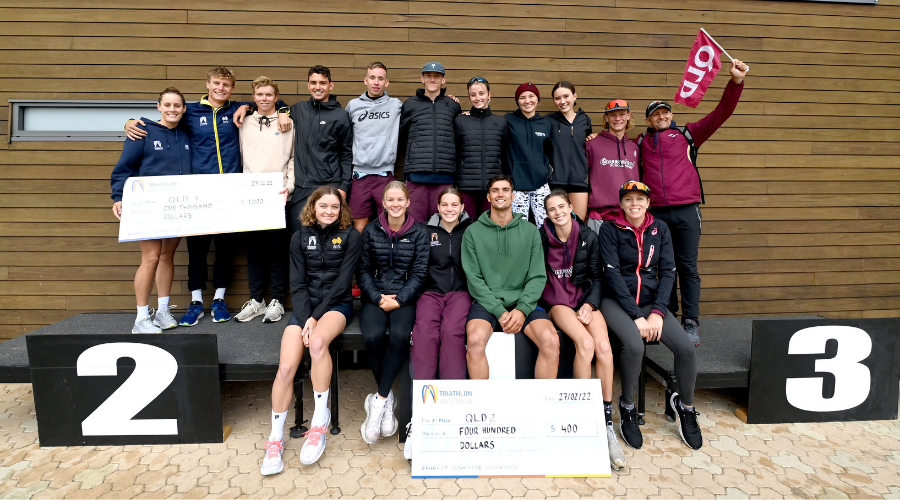 It was a very successful weekend on all accounts with triumphs and learning experiences. The Queensland camaraderie was evident from the get-go and many athletes are already looking forward to showcasing the Queensland fighting spirit for another go in Werribee. Thank you to coaches Graham Fidler, Pete McKenzie who helped out with teams, and parents and support crew who made for a wonderful weekend in Devonport.