The second annual Wellcamp Airport Duathlon saw what can only be described as perfect duathlon conditions with a sunny but slightly cooler afternoon and light winds. Wellcamp Airport is fast becoming an athlete favourite with the buttery smooth asphalt roads and stunning backdrop of the airport runway providing the ultimate venue for athletes to compete. Over 250 athletes descended on the Wellcamp Airport precinct, with many of the top athletes looking forward to the opportunity of racing for the State Champion – Duathlon title in their respective age groups.

Several of last seasons defending duathlon champions returned keen to repeat their efforts and go two-from-two at Wellcamp. But with a host of new names keen to test themselves on the roads around Wellcamp Airport, would the race see new Duathlon State Champions crowned for this season?

It was Jordan Chugg (18-19yrs) in the men’s standard distance who crossed the finish line first closely followed by Samuel Mcauliffe (20-24yrs) in second with Taylor Elms (30-34yrs) coming home just 44 seconds behind to claim third across the line. All of the top three across the line in the men’s standard distance race claimed their respective age group Duathlon State Championship titles for 22/23.

In the female standard distance, Kirsty Sheehan managed to put together an outstanding performance to not only be first across the line in the female standard distance, but also crowned Duathlon State Champion in the 40-44yrs age group. Briarna Silk (35-39yrs) was next across the finish line with Sarah Richmond (45-49yrs) rounding out the top three females across the line. Just like the men’s event, the top three females were all crowned Duathlon State Champions in their respective age groups. 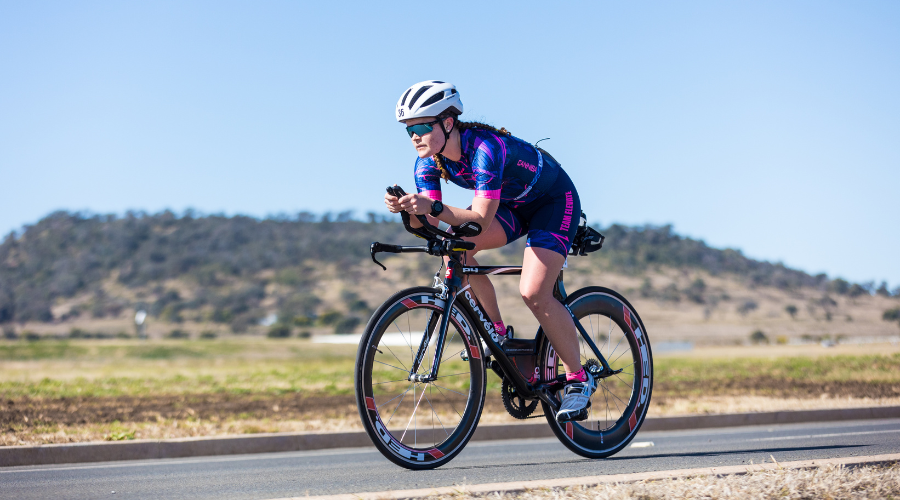 Emily Lowe powering through the 40km cycle course on her way to claiming the 25-29yrs female Duathlon State Championship title.

The sprint Distance at Wellcamp always shows the deep talent of the next generation of triathlon super stars at the front of the sprint race. Christopher Rudd (14-15yrs male) and Chloe Bowen (14-15yrs female) both put together perfectly executed performances to be able to enjoy the run down the finish shoot with comfortable winning margins over their competitors. In the 16-17yrs age group, Joel Humphrey and Aspen Anderson took home the Duathlon State Championship titles with big performances out on course showcasing that they are ones to watch this season in the quest for the overall State Series in their age group. 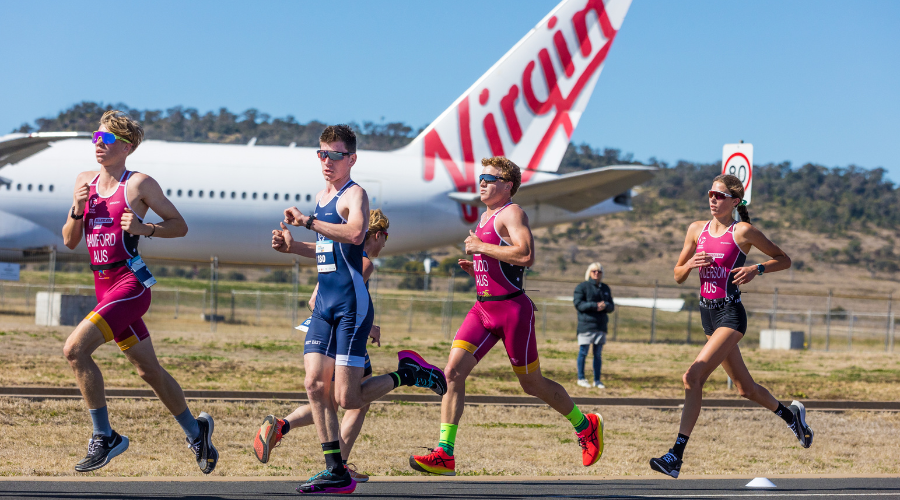 A big congratulations to all competitors who were able to join in the run-bike-run fun at the 2022 Wellcamp Airport Duathlon and a special round of applause for all our newly crowned Duathlon State Champions for 22/23.