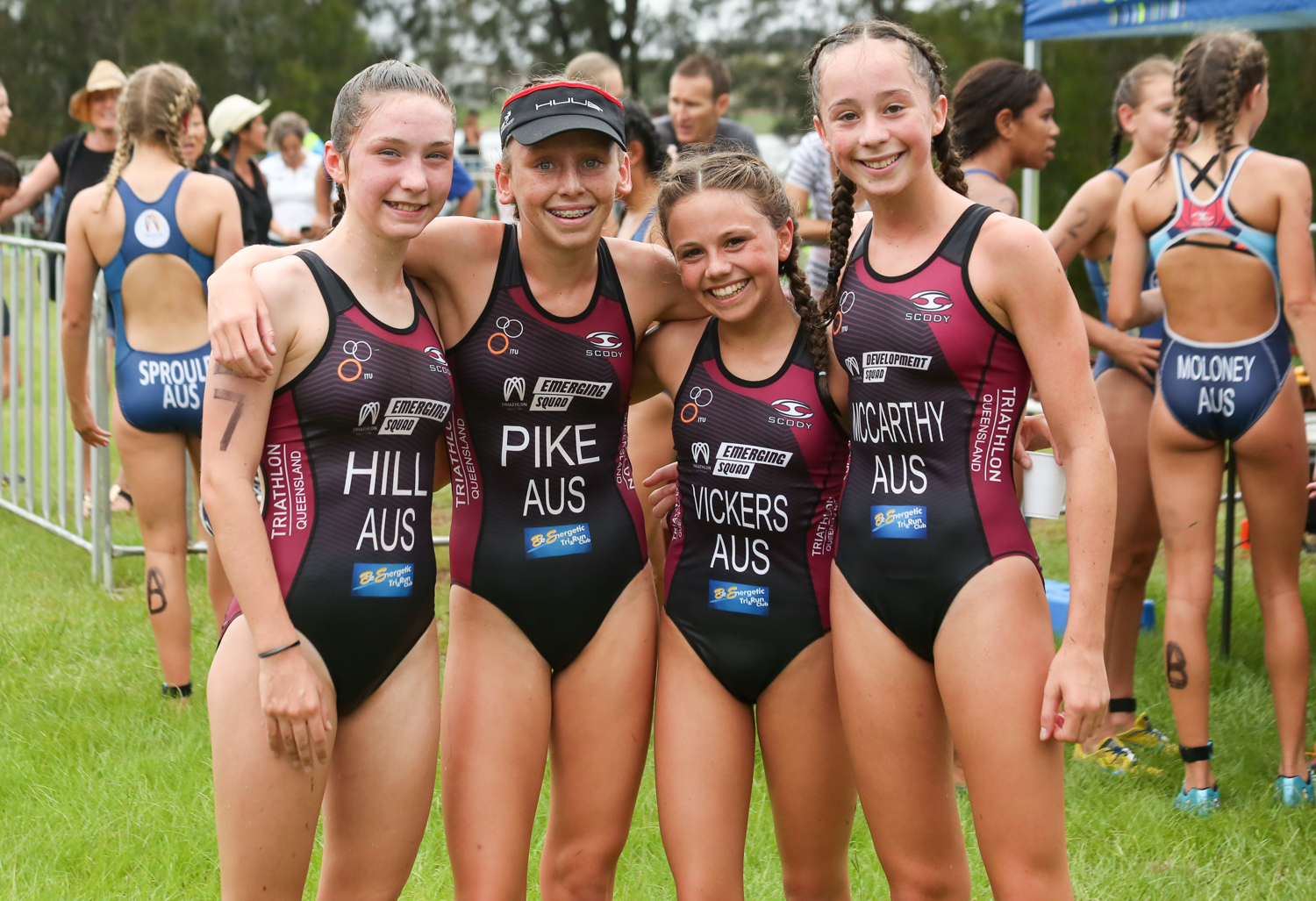 With a well earned Christmas break seeming like a distant memory, athletes were pushed with the combination of a 2 race format and the changeable weather conditions.  Winners were determined by the combined times from both races.

The field boasted a number of Triathlon Queensland's Development program athletes, racing alongside strong representation from all States.

The Youth A Women opened racing, followed by the males on a course consisting of a 310 lake swim, 7km bike and 1.3km run. Emerging Squad's Richelle Hill (QLD) raced herself into third place in the Youth A Women.

In the Youth A Men's Lachlan Sosinski held on to second place with a combined total time of 41:33.

In Youth B racing, Tara Sosinski finished the day in second place with a combined time of 47.56 and Jazzy Shults finished third after racing (48.16).   It was a clean sweep in the Youth B Males category for Queensland with Col Curry, Ryan Marsh and Mitchell Densley finishing on the podium.

In the Junior Women's event, Joanne Miller was the fastest Queenslander with a combined time of 1:03:09, just 90 seconds behind the leader, New Zealander Ainsley Thorpe.  Nicholas Free was the highest placing Queenslander in the Junior Men, finishing less than a minute behind the combined race time winner, ACT's Callum McClusky.