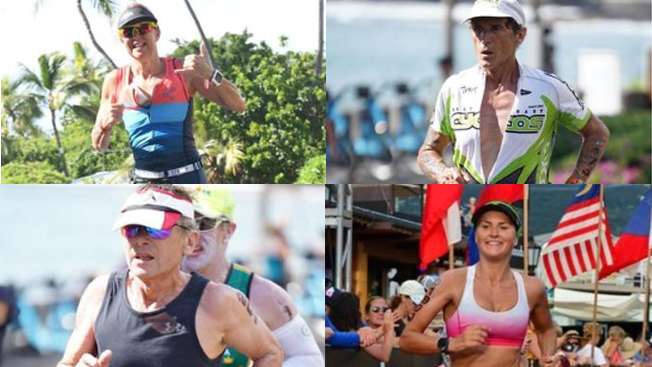 It was a big weekend of FOMO for most of us, but for a dedicated, hard-core group of Queensland athletes, it was a weekend of awe-inspiring performances on the world stage.

As many of us woke in the early hours of Sunday morning to witness the IRONMAN World Championships for it’s 40th anniversary via the livestream, we were treated to a showcase of the dedication and courage of endurance athletes who truly showed that ANYTHING IS POSSIBLE.

Records were broken under perfect conditions as 2,000 athletes completed over 220km of swim, bike and run. The professionals showed us textbook execution, as both Daniela Ryf and Patrick Lange broke the World Championship record with fantastic sportsmanship, and romance, with Patrick proposing to his girlfriend at the finish line. Sarah Crowley, from Red Dog Triathlon Training/Hills District finished a gallant sixth in a hot female field, where the entire top ten broke the 9 hour barrier. Sarah left everything on the Queen K, but wasn’t able to reel in the the likes of Ryf, Charles and Haug.

Josh Amberger, also from Red Dog was having an epic battle on the front of the bike field with fellow Aussie Cameron Wurf, but was unable to finish the run when an existing ITB injury forced him to withdraw. Luke McKenzie (Race Pace Coaching) was unlucky to receive a drafting penalty but still finished in the top 20, with 17th and 8:30.32. Luke was stoked to finish the race alongside his wife, Beth, who finished in 22nd position.

Liz Blatchford (Surfers Paradise Triathlon Club) gave us all the feels when she finished her final Kona ahead of her imminent retirement. She finished proudly in 12th. Carrie Lester was unfortunate not to complete the race with medical issues on the run, but is adamant to come back bigger and better next year.

Following on from our super group of professionals, Queensland had 34 age groupers who conquered the beast of Kona. A huge congratulations to Allan Pitman, from East Coast Cycos, who was competing in his nineteenth World Championship and finished 3rd in the  70-74 age category, with a time of 12:31.51.

Our other top twenty finishers included:

Congratulations to you all, as well as the following members who conquered the challenge: