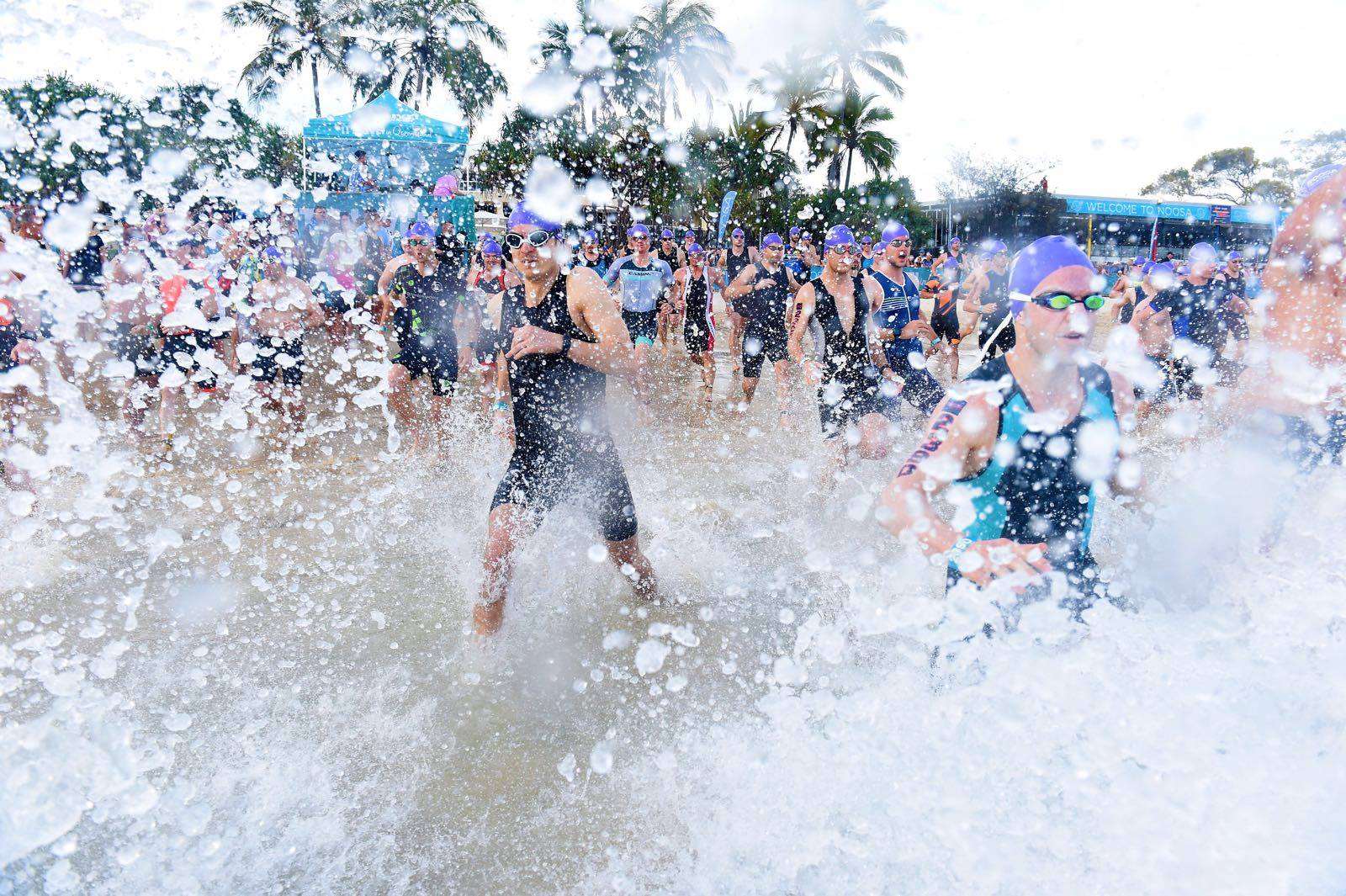 In humid conditions over the weekend, over 8,000 athletes raced Australia’s “favourite triathlon” at Noosa Heads. The Noosa Triathlon was celebrating it’s 35th year and athletes as young as 7 and as old as 85 enjoyed the atmosphere. At the top end, Ashleigh Gentle produced a record-breaking fifth win (fourth in a row) to take the elite women’s title, while Jakob Birtwhistle stood on top of the podium, after second and third for the past two years in the elite men’s category.

However, it was Red Dog Triathlon Training who showed their depth and talent, winning 20 medals throughout the morning. Briarna Silk was stoked to finish in the top 10 females, winning a silver medal in the open category, behind fellow Queenslander, Annabel White (Sheldon Triathlon Club) and ahead of Emily Donker (InTraining Running & Triathlon Club). Meanwhile, Michael Boyd finished on the podium for the third year in a row, winning a bronze in the 20-24 category.

In the 35-39 age category, there were endless applause for the red and black, as Peter Court (silver), Mick Bush (bronze), Alison Ryan (gold) and Jennifer Veitch (silver) were awarded their respective medals.

In the Mens’ Mates wave, there was a clean sweep by Toby Carrigan (gold), Jonathan Roper (silver) and Brendan Flanagan (bronze), while Taylor Elms and Felicity Abram both won the Charity categories.

Meanwhile, Noosa Triathlon Club had a stellar day in the old age categories, winning seven medals and Vision Tri Club won bronze in the 20-24 Female category (Isobel Chisholm) and silver and bronze in the 25-29 Female category (Clare White & Lucy Whyte). All with similar times, the three girls are now working together towards Australian representative honours in 2018.