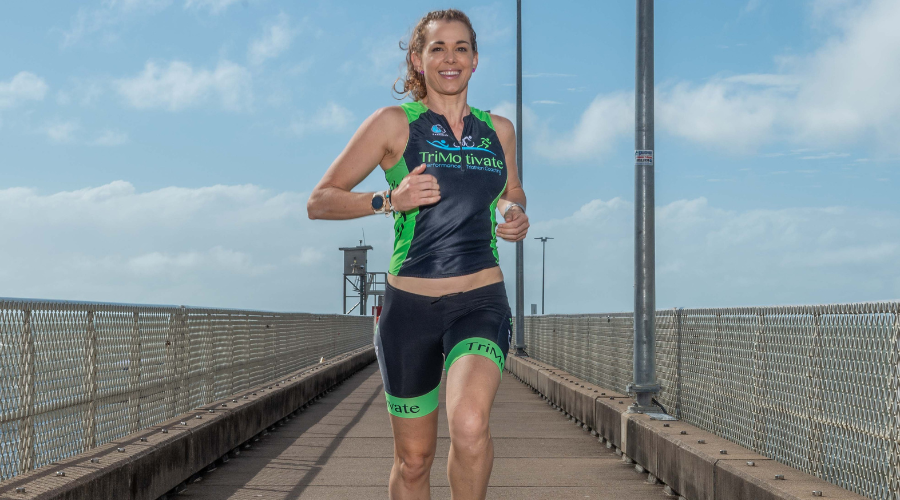 Renee Ker, based in Cairns, is an influential coach and mentor to many in North Queensland. Her selflessness and sacrifice is inspiring and highlights the true nature of the triathlon community.

Renee has been involved in sport for a majority of her life. Before triathlon, she was an athlete and coach for mix martials arts. But in 2004, when her Australian triathlete ex-boyfriend took some time away from the sport, Renee tried to encourage his return by participating in triathlon herself. With a lot of grit and hard work, the beginner became the master and Renee represented New Zealand.

Unfortunately, due to an autoimmune response, Renee would become incredibly unwell when training. The illness took years to uncover and took an emotional toll with being unable to race internationally, despite qualifying for races. This early retirement did however lead to the coaching journey which has turned into a career for Renee.

The most memorable race to date is the Julia Creek Dirt and Dust Festival 2016. With a big push in the final 100m, Renee won the overall podium. While the event was coming to a close, Renee saw the final competitor coming through. He was struggling so she decided to run with him and chat to keep his mind off the obvious pain. Turns out this 79 year old gentleman (Jim) had quite an impressive history. Jim was the second person to grace the cover of Sports Illustrated, an Olympian downhill skier, ridden his bike with his mate all over North America, South America, Africa, Europe and the list goes on..... He had decided to enter the triathlon the day before and was determined to finish. Jim and Renee are still friends today. It comes as no surprise that this event is Renee’s most memorable race.

Now, as a coach with her own squad, Renee runs her own coaching business TriMotivate, works fulltime but still manages to keep fit herself.  This legend’s selfless nature means that anytime one of her athletes is racing, Renee s priority is her athletes on race day supports her athletes with sideline support. Renee does get her race face on for cycling events, as it is easier to focus on the one discipline.

In March, Renee had a significant surfing accident which is currently requiring gentle rehab, so 2022 goals have been adjusted. But drawing from her experience as an athlete and coach, Renee understands that it does not matter how big or small individual goals are, as long as they are challenging! In terms of coaching objectives, training more athletes around the country and overseas is a business goal. Renee would love to share her knowledge with those who cannot access a coach in remote areas. Renee is a Triathlon Australia Performance Coach,  and has a wealth of knowledge in the world of triathlon.  Renee works with athletes of all levels, especially performance athletes or athletes who are looking to take it to the next level.