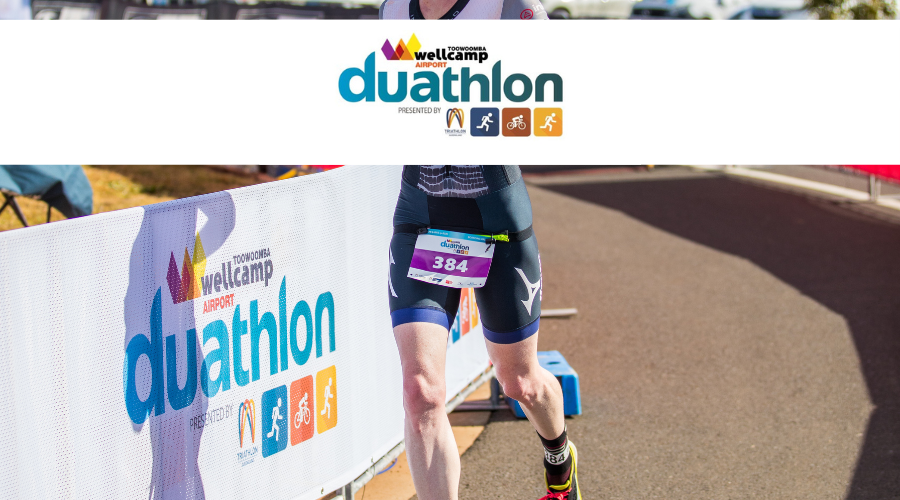 The Wellcamp Airport Duathlon will be held utilising the smooth and pristine private roads of the Wellcamp Airport Precinct and will offer a range of distances with the Standard format of a 10km run – 40km bike – 5km run along with three shorter distances. A Sprint distance, Enticer distance and a short Kids event will also be on the program once again in 2022. Further details on the event and course can be found on the event website wellcampairportduathlon.com.au in the coming weeks.

“This year’s Wellcamp Airport Duathlon will be held on Saturday afternoon where competitors and spectators will be able to easily travel to the region with many utilising the Toowoomba bypass if travelling by car. The event is expected to attract many interstate athletes who will have the luxury of being able to fly directly to Wellcamp Airport where they will be able to stay and experience the beautiful region of Toowoomba. A major drawcard of the event will be the State Championship title up for grabs for age group athletes and a World Championship Qualifier over the Standard Distance for the World Triathlon Multisport World Championships, to be held in Ibiza, Spain in 2023.”

Damian Bell, Executive General Manager - Wagner Corporation said “We are very excited to once again have the Triathlon Queensland State Duathlon Championships here at Toowoomba Wellcamp Airport on Saturday 30th of July. This will no doubt be yet another fantastic event that will bring competitors from both Queensland and interstate along with engaging with the local Toowoomba community to give them a world class event in their own backyard. To all those who will be travelling to Toowoomba, we hope that the Wellcamp Airport provides you with the perfect travel hub and event location. I look forward to cheering on all athletes, watching you cross the finish line and celebrating your achievements with you on Saturday 30th of July.